Retro Orlando: The 1986 way to get to an Orlando tourist attraction 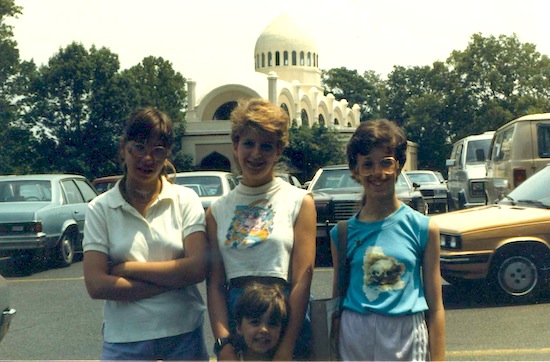 Not that I want to hone in on Andy Rooney’s territory, but there was once a time when getting to an Orlando tourist attraction was half the fun. At risk of having to start a sentence with the phrase, “You know, in my day…” I do want to say that in the early ’80s, part of the joy of vacation was the adventure of transportation and encountering the unexpected.

It’s 1986 and you’ve decided to visit an Orlando tourist attraction. Congratulations! Sit down with the family and take a poll. Ask your children and spouse what they might be interested in seeing in this sprawling vacation destination full of variety. Quick, cover your ears! When they all shout Disney World at once, you may receive permanent damage to your ear drums. Remind them there is lots to do in Orlando. Not just Disney World. Dismiss your family meeting and start making phone calls to try to get some brochures by mail.

Using information services and your brochures, get the numbers to several hotels in the Orlando area. Compare and contrast prices and amenities. Luckily, all of the hotel desk clerks tell you that they are close to all of the attraction choices featured in your mail-in brochures. What luck!

Faint upon receiving your monthly phone bill. The long distance charges from calling all of those hotels in Florida broke the bank.

A few months later, hit the road! Driving is far cheaper than flying because gas is less than a dollar a gallon. Load your car with the spouse, kids and a cooler full of snacks and beverages and begin the marathon drive to sunny Orlando, Florida.

Arrive in Orlando. After driving around for hours, stop at a payphone to call your hotel – turns out, it’s in Tampa. Drive from Orlando to Tampa and sleep for the night.

Wake up the next morning, pile back into the car, and get out the road map. Make your way back to Orlando. Go to Gatorland and be surprised by an entirely empty parking lot. They are closed for some reason and you didn’t know it. Spend the rest of the day shopping and walking around as your spouse and children grumble under their breath, “We should’ve gone to Disney World.”

Drive home for the evening, watch, “Revenge of the Nerds” on your hotel television. Figure out too late that it’s a pay-for-play movie.

The next morning, wake up and drive to Orlando again. Go directly to Disney World. They aren’t closed! However, the parking lot is full of roughly four million cars. Park in the last available spot and watch the tumbleweed blow across the lot as you wait for the tram to pick you up and take you to the front gates.

Cross the gates. It was all worth it. While riding dark rides and posing for pictures with characters, nobody will remember the hours of driving, the hotel being an hour away, or the months of information gathering and planning that it took you to get here.

I call people in roughly my age group the vacation generation. Children of baby boomers typically grew up taking lots of road trips, because baby boomers themselves were the first generation of people to really hit the road for fun in any routine manner. It was a combination of the prosperity of post WWII life and a major expansion of American highways that birthed the family road trip, and it was the fact that the road trip became a tradition that filled up tourist destinations like Orlando with countless hotels and attractions. Before then, tourist activities were almost always based in a large city or a national park. But more frequent travel allowed faraway places to become realistic vacation destinations for the average American family.

Yes, there was once a time when no theme parks had a corresponding hotel on property. Or even nearby. Orlando is a larger space to navigate than, say, Anaheim where Disneyland is located. Once upon a time, choosing a hotel was an art form that could make or break your vacation. The variety that so many hotels offered became just another fun aspect of the road trip experience, and in my family’s case, the Orlando experience.

There was once a time when the only way to get to your theme park of choice was to drive and park there, filling my childhood memories with exhausted and shuffling trips back to the car after the closing fireworks at any theme park. Those memories will be replaced for my children by exhausted and shuffling trips to the bus for our hotel that will be five minutes away instead of 30 minutes or an hour. Short of taking up residence in an empty theme park trash can, the commute at the end of a day of fun is rarely pleasant -especially for the parents. But it’s still a far cry from the longer wagon-train like drives of 20 years ago. 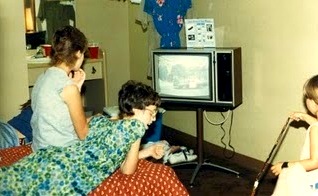 We were a family of six, so we usually had our sights set on the value and budget hotels. A Red Roof Inn was always our first choice, because in the ’80s, they seemed to be the cleanest and best functioning. When we were really lucky, they also offered the excitement of a glowing green bubbling hot tub jam packed with fellow happy travelers just grateful for a budget hotel that provided such a luxury. Back then, there was no Internet to hop on, no pictures of the hotels to look at ahead of time. So booking a hotel in advance, especially for the non-seasoned traveler, offered the lottery-like thrill of never knowing what your final results would actually be.

Yes, I think Andy Rooney would certainly agree with me, the vacation experience of visiting any attraction in Orlando has certainly changed over the years thanks to leaps in technology. Half the problems the Griswold family faced in the National Lampoon’s Vacation movies could be solved now by five minutes of searching on Google. How do you remember an Orlando vacation from your childhood and how has the Internet changed your traditions?

With the recent addition of ‘It’s a Small...

This piece was hilarious! It reminded me of several trips I took as a child to far off places in the family van. How the trip started out great with everyone getting along and by the end my brother and I weren’t speaking to each other and our parents just sat in the front seat sullenly watching the road go by. As one of the Vacation Generation to the another keep on writing. Funny & insightful this was a great read!

Pretty section of content. I simply stumbled upon your
blog and in accession capital to claim that I acquire actually enjoyed account your blog posts.
Anyway I will be subscribing in your feeds or
even I success you get right of entry to constantly fast.

I think this is one of the most vital info for me. And i am glad reading your article.
But should remark on few general things, The website style is
perfect, the articles is really nice : D.
Good job, cheers

The Christmas Celebration is returning to SeaWorld...