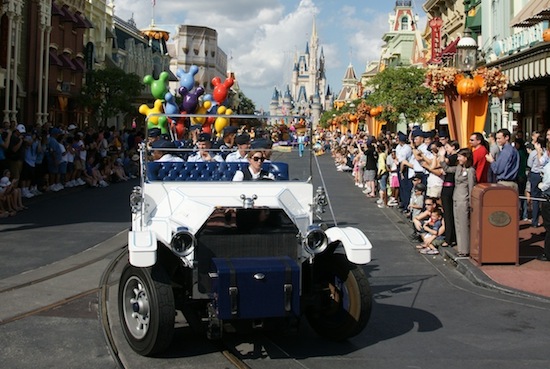 “You’ve been rescued from being stuck in a mine. What are you gonna do next?” A Disney World visit probably wasn’t on the minds of the Chilean miners as they were pulled up from 2,300 feet inside the Earth, but they are certainly deserving of a vacation. And Disney is going to make it happen.

During their complimentary six-night Disney vacation, Jan. 27 to Feb. 2, 2011, the miners, their rescuers and immediate families will meet Disney characters, visit all four theme parks and serve as honorary Grand Marshals of the parade in the Magic Kingdom.

“The amazing story of these miners captured the attention of the world for demonstrating the true power and resilience of the human spirit,” said Disney President and CEO Bob Iger. “We are proud to welcome these courageous men and their families to the Walt Disney World Resort.”

Trapped for 69 days in a collapsed Chilean mine, the men were pulled from the darkness in a miracle rescue. In one of the year’s most touching stories, their unbending faith and endurance sustained them throughout the ordeal.

The group will arrive to a welcome dinner with characters, dancing and Chilean cuisine prepared by Disney chefs. During their vacation, they also will be treated to a $500 gift card per family, a group photo in front of Cinderella Castle and personal photo albums of their visit.

Stars in the Parks: Daniel Dae Kim and Lilo at Hollywood Studios

With the recent addition of ‘It’s a Small...

Should cameras be allowed inside Star Wars: Galactic...

I am not surprised that Disney has offered these wonderful people a vacation. It is just like Disney to think of family. I am so happy for the miners, their family and the rescuers. I hope they have a magical time and keep spreading the magic.

anyone know what day and time the miners will be grand marshalls at MK?