The making of ‘Lou’, Disney•Pixar’s new short before ‘Cars 3’ 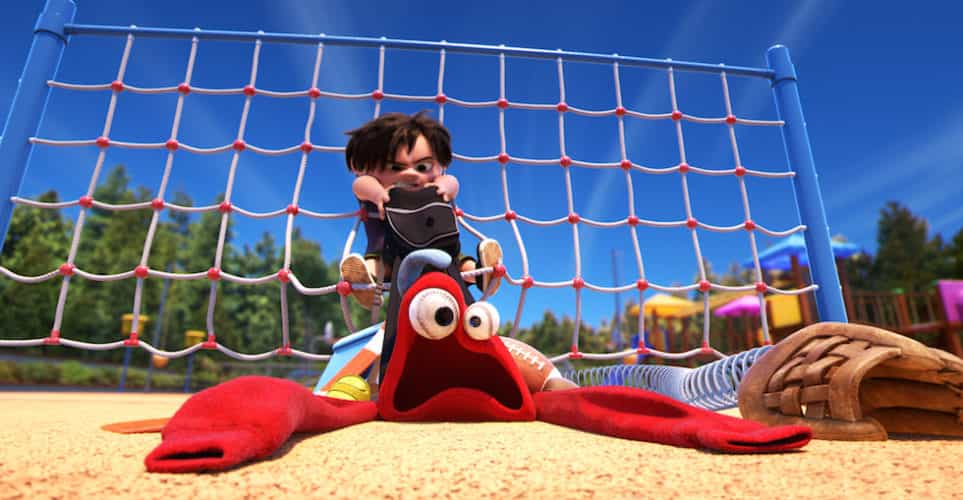 “Who or what is Lou?” That’s what I asked the short’s producer Dana Murray. She didn’t have an answer. Even though that’s a tough question, even for those who made the short, that doesn’t mean Lou isn’t full of personality. 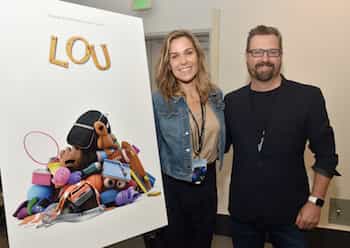 Writer and Director Dave Mullins said he’s been pitching short film ideas at Pixar since 2005. He said he hopes to eventually do some of the rejected ideas, and some of them “sucked”. But it was an idea that stemmed from his childhood that finally got picked up and morphed into “Lou”.

Mullins moved around a lot as a child and since he was often the new kid, the other kids sometimes made him feel invisible. This gave him the idea for a short where the main character could hide in plain site and would long to be accepted by the other kids. He called it “Lost & Found”. But there were a few flaws in the idea, so he reworked it into the new short “Lou”.

“Lou” tells the story of J.J., a playground bully who likes to take things from the other kids. But there’s a personality in the Lost & Found box when all of the lost things come to life as a creature named Lou. He has baseballs for eyes and is made up of other lost toys and things such as jackets and jump ropes. Lou loves to give lost items back to the kids, so he’s not happy with J.J. taking things away. So he sets out to teach J.J. a lesson.

When Mullins pitched the final idea, John Lasseter said, “This character looks like a pain in the ass to do. Let’s make it!” After pitching ideas for eight years, Mullins was finally going to be able to make a Pixar short. He said he was so excited. He also said he felt really lucky to get Dana Murray as a producer on the short.

Murray said, “When a producer comes on, it’s like flipping a giant ghost switch here at the studio. So Lou was officially in production.” Most of her time was spend making sure they were staying true to the story Mullins wanted to tell. First up was designing the final look for Lou. “It kind of has a Muppets meets Akira feel, which we were really, really digging. So next up we had to design our bully J.J.” They ended up with a look similar to Jonah Bobo’s character in “Crazy, Stupid Love”, tough but vulnerable.

They were able to speed up the animation of J.J. by using a classroom kid from “Inside Out”. Many of the playground kids in “Lou” were also taken from “Inside Out”. Here’s a little secret. Mullins named J.J. after his mom, Joyce Jean Mullins. No, his mom isn’t a bully. He said he just wanted to name the character after someone he loved rather than after a real bully he had in high school.

But at Pixar, you’re never really done with story. So despite having the main idea, they made many changes along the way, even starting from scratch a couple of times. “By continuing to work on the story, we found some humor and entertainment that was missing from the original version of the film,” said Murray. “In the end we stayed with the original idea but we learned some things. There’s a great lesson in being open to radically different ideas because at Pixar, the best idea will always win.”

From animation and story to the final process of adding music and sound effects, “Lou” was finally finished last summer. “At that moment,” said Mullins, “this kid who felt invisible for so long as a school kid, realized he made not only made a film that he’s really proud of, but also a lot of great friends.”

John Lasseter said Pixar films have these specific ingredients: heart, entertainment, setting and animation. After seeing an advanced screening of “Lou”, I can say it certainly meets those criteria. “Lou” can be seen before each screening of “Cars 3” this summer.

Attractions – The Show – Guardians of the Galaxy; Traveler’s Guide to Disney; news – June 1, 2017

‘Ralph Breaks the Internet’ brings heart to the...