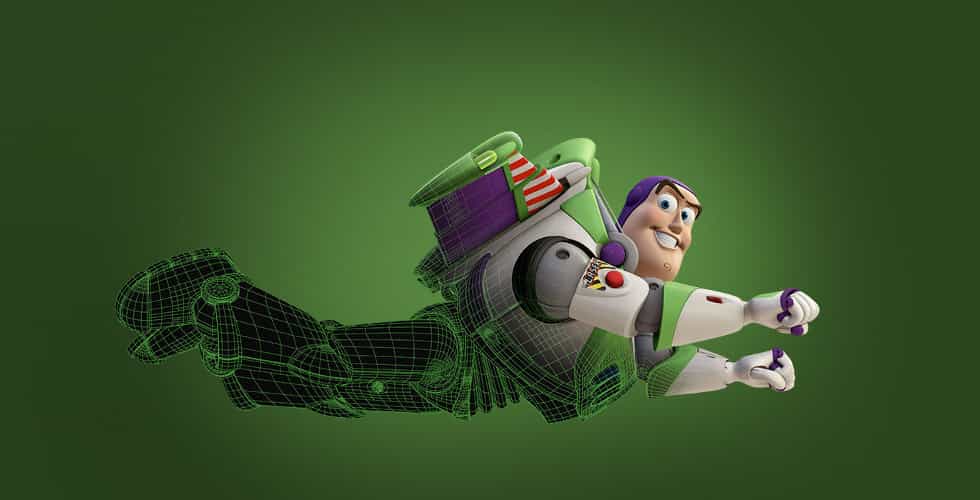 STEM education and Space Rangers collide in the Science Behind Pixar exhibit, opening May 24 at Chicago’s Museum of Science and Industry.

Fans of Buzz Lightyear, Lightning McQueen, and WALL•E can explore the technology behind their favorite computer-animated characters starting on May 24, 2018, when The Science Behind Pixar exhibit opens at the Museum of Science and Industry in Chicago.

Chicago’s Museum of Science and Industry (MSI) is presenting The Science Behind Pixar, an interactive exhibition showcasing the science, technology, engineering, and math (STEM) concepts used by the artists and computer scientists who help bring Pixar’s award-winning films to the big screen. Guests of all ages can experience the filmmaking process through hands-on activities inspired by some of Pixar’s films, from the first-ever computer animated feature film “Toy Story,” which opened over two decades ago, to Pixar’s 2015 release, “Inside Out.”

“Pixar’s pioneering technology sits at the intersection of art, engineering and science and shows that there are multiple paths to a STEM career,” said David Mosena, president and CEO of MSI. “As an institution dedicated to inspiring the inventive genius in everyone, we are excited to show guests the unexpected ways that the fundamental skills taught in science learning – problem solving, trial and error and iteration – are utilized to bring these beloved characters to life.” 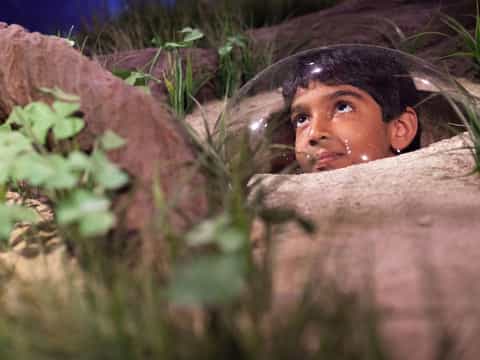 Created by the Museum of Science, Boston and Pixar Animation Studios, The Science Behind Pixar features more than 40 interactive elements demonstrating the technology that supports Pixar’s storytellers. The exhibit is divided into eight sections, each focusing on a step of filmmaking: Modeling, Rigging, Surfaces, Sets and Cameras, Animation, Simulation, Lighting, and Rendering. Each section provides guests with a behind-the-scenes look at the production process and the concepts used at Pixar every day:

• Sets and Cameras: Guests will discover how a bugs-eye view was achieved for “A Bug’s Life,” through camera angles and large-set design within the computer.
• Modeling: Envision how digital sculptures are created based on sketches from artists.
• Lighting: Solve challenges similar to what Pixar artists faced in creating animated water in “Finding Nemo.”
• Rigging: See how models are given a virtual skeleton to enable the animators to add movement.
• Surfaces: Discover the techniques behind adding color and texture to every surface.
Guests will also have the opportunity to take their photo with human-size recreations of Pixar film characters, including Buzz Lightyear, Dory, Mike and Sulley, Edna Mode, and WALL•E.

To better understand the science and math that goes into creating the worlds and characters of Pixar’s films, guests will hear first-hand from members of the studios’ production teams. They will also be invited to experience different roles within the production pipeline, through screen-based activities and physical interactive elements. 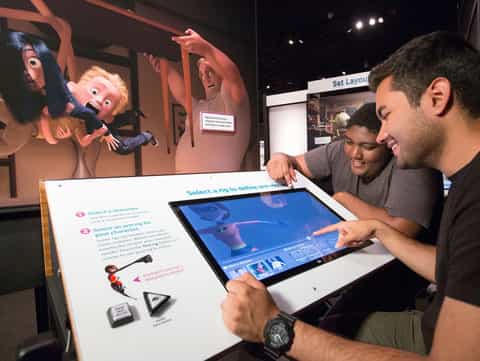 “The Science Behind Pixar is a behind-the-scenes look at how our movies are made,” said Ed Catmull, president of Pixar and Disney Animation Studios. “The interactive exhibition gives people the opportunity to learn about the jobs our filmmakers do every day and tackle similar problems. It’s a great demonstration of how much creativity and imagination is involved in the science, technology, engineering, art and math thinking essential to our filmmaking process.”

The Science Behind Pixar is sponsored locally by BMO Harris Bank and will be at MSI from May 24 through January 6, 2019. It is not included in Museum Entry and requires an additional timed-entry ticket, $14 for adults and seniors and $11 for children. 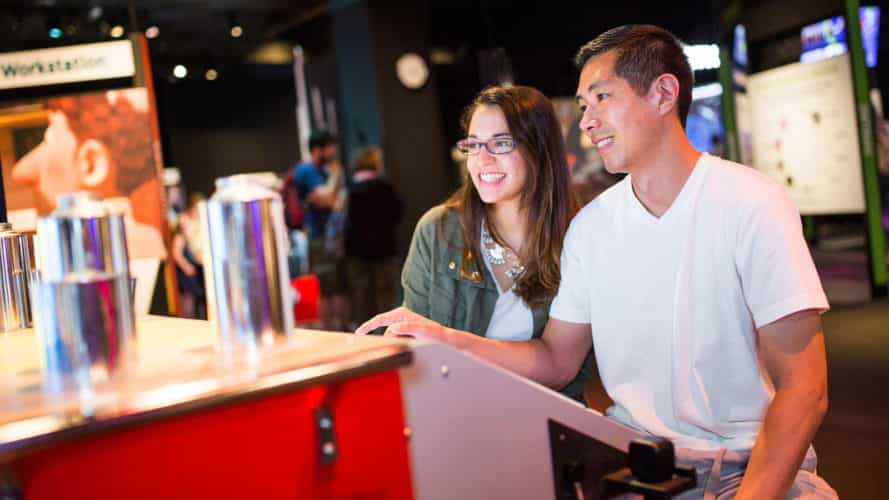 “BMO Harris Bank proudly supports the Museum of Science and Industry in their mission to inspire and foster creativity among people of all ages,” said Christopher Begy, U.S. Country Head & CEO, BMO Financial Corp. and MSI trustee. “This interactive exhibition is a great example of what a career in STEM can look like and we’re thrilled to be sponsoring it.”

This exhibition was developed by the Museum of Science, Boston in collaboration with Pixar Animation Studios. MSI is open 9:30 a.m.–4 p.m. every day except Thanksgiving and Christmas Day. Extended hours, until 5:30 p.m., are offered during peak periods. For more information, visit msichicago.org, and watch these videos for more Pixar fun: