'The Simpsons Ride' Named with Logo and Web Page Launch 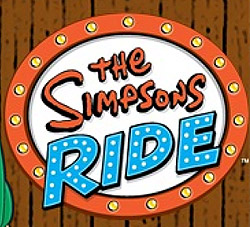 Universal Studios Orlando appears to have settled on a name for their upcoming attraction based on the hit television show The Simpsons. Based on their new official web page for the attraction and a quick search on the USPTO Trademark Electronic Search System, it appears that they settled on simply calling it, “The Simpsons Ride”.

The most obvious evidence of this is the new logo (above) that has appeared on a web-based representation of the construction walls that have bordered the former home of the Back to the Future ride for several months now.

Be sure to check out Volume 1, Issue 2 of Orlando Attractions Magazine for more coverage of The Simpsons Ride.

If you notice at the Universal link, Comic Book Guy is wearing Marty McFly’s jacket from Part II