The Simpsons Ride Web site up 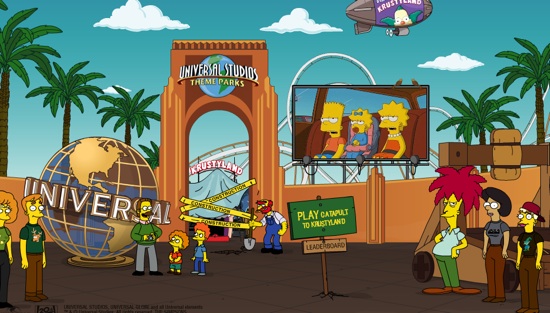 Check out the newly launched Simpsons Ride Web site. You can get some more details on the ride, play games and create your own Simpsons avitar.

The Magic Eight Ball on the site says the ride is opening on May 17 at Universal Hollywood, but just lists “Coming Soon” for the one in Orlando. I wonder if coming soon is sooner or later than May 17.

i cant freaken find this stupid wedsite……ian you please tell me how to find this website….. my email is [email protected]..
you can send it to my email……thank you lots…….. JESSE LAVINE

The ride’s now redirects to the error page on Universal Studios Orlando website.