Theater Review: ‘The Illusionists’ is a great time for magic fans looking to be mesmerized 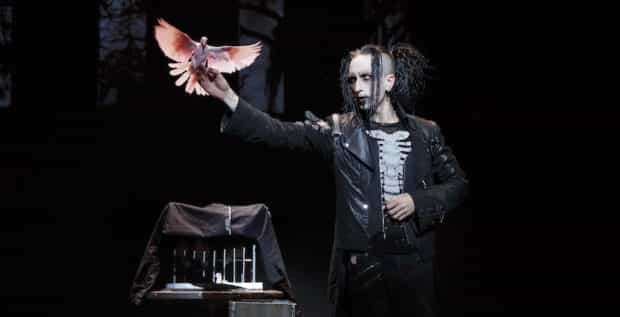 The intermission for “The Illusionists” at Dr. Phillips Center has just begun as I write this. A death-defying stunt has just been performed, and as entertaining and real as that was, the show has yet to really put me on the edge of my seat. As of now, I’d say about 50-ish percent of the acts are ones that I haven’t seen before. Albeit, I’ve most likely seen more magicians than the common population, whether it was on cruises, acts like this or on television.

There are seven performers in the Illusionists:
The Escapologist: Andrew Basso
The Weapon Master: Ben Blaque
The Deductionist: Colin Cloud
The Trickster: Jeff Hobson
(Who just walked by, he’s mingling with the audience right now)
The Manipulator: Yu Ho-Jin
The Inventor: Kevin James
The Anti-Conjuror: Dan Sperry

My favorite so far is definitely The Deductionist, Colin Cloud. Think of him as basically Sherlock Holmes. His act wasn’t anything you can see physically, but he basically read the audience and his volunteers like books.

Intermission is almost over, so I’ll pick up after the rest of the show …

I’m back. The first part of the second act can be described with one word: “ew.” After that though, The Weapons Master was pretty cool with a lot of sweet crossbow action. The entire show was pretty much what I was expecting, which was mostly a magic show with an array of different magicians that specialize in certain fields. The show was family friendly, but of course there were plenty of jokes for the adults that would go right over young one’s heads.

I personally am not usually a fan of magic shows, they always seem to leave me with the general feeling that I’ve been tricked and swindled, which is obviously the point, but it’s not a feeling I enjoy. If you are a magic fan though (No, I don’t mean the sports team.), I’m sure “The Illusionists” will leave you mesmerized. It’s performing at the Dr. Phillips Center for the Performing Arts in downtown Orlando through Sunday Oct. 9, 2016.

UPDATE: the Thursday and Friday performances have been cancelled because of Hurricane Matthew. An additional Sunday performance may be added.

Here’s a video preview of the show. We didn’t see all of these tricks, so just use this as an example of the kids of acts you may see: