Theater Review: ‘Kinky Boots’ ‘the most beautiful thing in the world’ (or at least one of the best shows I’ve seen) 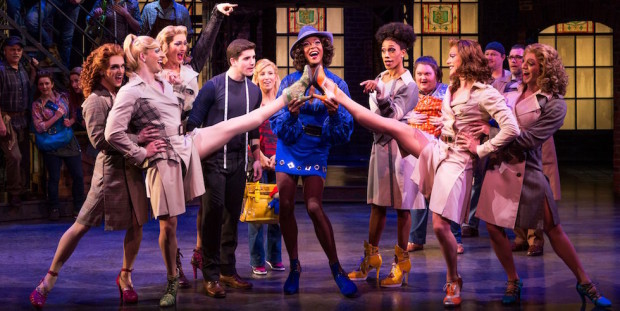 This past Tuesday I saw “Kinky Boots” at the Dr. Phillips Center for the Performing Arts. The show was absolutely phenomenal and possibly my favorite show I’ve watched at the center.

It opens with the story of Charlie Price and his father, who owns a shoe manufacturing company called Price and Son in Northampton, England. Charlie’s father expects him to take over the business when he’s older. Flash forward to the future, where Charlie has grown up and is just about to move to London with his fiancé and leave his dad and the shoe business behind.

But his father unexpectedly passes away, leaving Charlie as the CEO of the failing company, forcing him to come up with a new idea to save the factory, or else he’ll be forced to sell the building. But luckily for him, a chance meeting with a drag queen named Lola, who has a broken pair of stilettos, leads him to a new business idea, the production of a line of durable “kinky” boots for trans-women and drag queens.

The set is absolutely stunning, with different parts in the factory becoming the set for the other locations. The music by Cyndi Lauper was fantastic and I’ll definitely be adding it to my library. I had a smile on my face nearly the entire show. The dances, the acting and the singing were all beautifully done.

For those worried about the “kinky” name, I’d probably rate the show somewhere in between PG and PG-13 for some sexual situations and the use of British profanities. But don’t let the title deceive you. It’s not as inappropriate as you might think.

As a gay male teenager, I wish I’d seen the show when I was younger. It teaches important life lessons, such as when you accept yourself for who you are, you can accept everyone else for who they are. And to just let people be themselves and express themselves in whatever way they feel comfortable. It would have been great to have had the extra assurance of those kind of lessons earlier in life.

The show is playing at the Dr. Phillips Center for the Preforming Arts through the Feb. 28. Ticket information can be found at drphillipscenter.org

I totally agree: this has been the best Broadway show, yet, at the DPC.