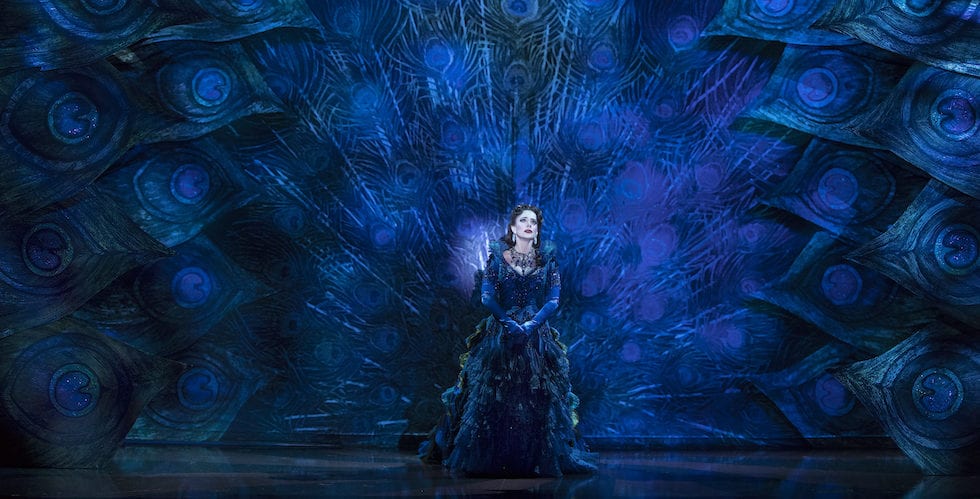 Regardless of what I thought of the plot, the cast of “Love Never Dies” was absolutely fantastic; the sets were beautiful; the songs were very catchy; and everyone involved in bringing this show to life deserves major kudos.

Maybe love never dies, but this sequel definitely slaughters some major plot details of the original “Phantom of the Opera”. The sequel doesn’t stay true to the predecessor’s character development and it’s recommended to be seen as its own story. I didn’t know this as I was going in to see it, and was pretty angry whenever they mentioned something that “happened” before or the characters acted in a way that contradicted the way they acted in the original. But if you go in knowing this show is its own beast and not a direct sequel, you should be fine.

It’s difficult to explain the plot of the show without giving away major spoilers, so here’s the short version.

It’s been 10 years since the Phantom (Bronson Norris Murphy) left Paris, and since then he, Madame Giry (Karen Mason) and her daughter Meg (Mary Michael Patterson) have created a famous theater on Coney Island in Manhattan. The Phantom still misses Christine Daaé (Meghan Picerno) dearly, but luckily she’s coming to New York to sing at the opening of a new theater. The Phantom hears about this and when Christine, her son Gustave (Jake Heston Miller), and husband Raoul (Sean Thompson) arrive, the Phantom tricks them into coming to Coney Island and promises Christine double the payment to sing at his theater instead of the one she was scheduled for. This leads to some plot twists and turns as the characters are all reunited.

The cast’s dancing and singing was absolutely fantastic, and the elaborate set pieces exquisitely complimented their performance. Quite honestly, the visuals paired with the music were entrancing. If the plot had only held up with the original’s, I would have spent much less time being angry about the changes and more time focused on the story itself. The ending seemed very rushed to me regardless, and was by no means satisfying.

Overall, it’s a beautiful production with fantastic music. If you’re a fan of the original, I’d still recommend seeing this musical. Just be sure you know what you’re getting into. If you’ve never seen the “Phantom of the Opera”, then I’d say you’ll probably enjoy it even more.

• “Love Never Dies” is playing at The Dr. Phillips Center for the Performing Arts through Nov. 26. For more tour dates and locations visit loveneverdies.com