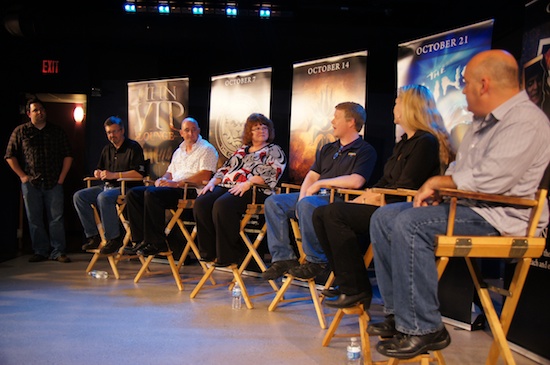 Some of the top creative minds behind Central Florida’s theme parks will gather to talk to fans, answer questions and auction off theme park memorabilia for charity on the evening of Friday, Feb. 24 at the Orange County Regional History Center.

If you’re interested in how some of your favorite attractions, events and shows are created, you won’t want to miss the third annual Entertainment Designer Forum. Two sessions will be held at the Orange County Regional History Center with a silent auction between sessions. Each session will feature different panel members that will discuss their styles and philosophy of designing theme parks, and tell insider stories about the making of special events and attractions.

All proceeds from the event will go to the American Cancer Society Relay for Life in honor of Stephanie Girand. She worked as an art director and set designer on many feature films, and was also a designer for Universal’s Halloween Horror Nights, Grinchmas and Universal Dubai. Stephanie lost her battle with colon cancer in late 2010 at the age of 49. Last year’s event raised nearly $8,000.

The moderator for both shows will be Mike Aiello, show director for Universal Entertainment Productions. Here are the panel members:

Tickets for the event are $25 per seat, per session. All proceeds from ticket sales and auction items go to the American Cancer Society Relay for Life. To purchase tickets, call 407-836-7010. You can also find updates and more on the Forum’s Facebook Page.

This seems like a super fun event for anyone with creativity as a life goal. I know I wouldn’t mind shaking the hand of the guy that made the Hulk roller coaster or The Spider-Man ride. Super awesome