Three new restaurants have recently opened up in the Crossroads Shopping Plaza. Crossroads is just off exit 68, and at the other end of Hotel Plaza Boulevard, just down the street from Downtown Disney. 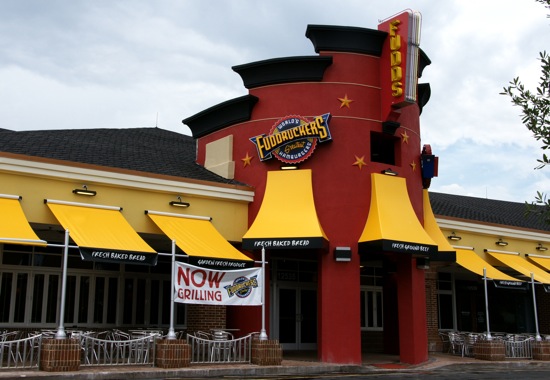 The newest of the three is Fuddruckers. It just opened this week. It’s part of a chain known for their hamburgers. They also serve salads, chicken and other sandwiches. They also have a bar for ordering their milk shakes. 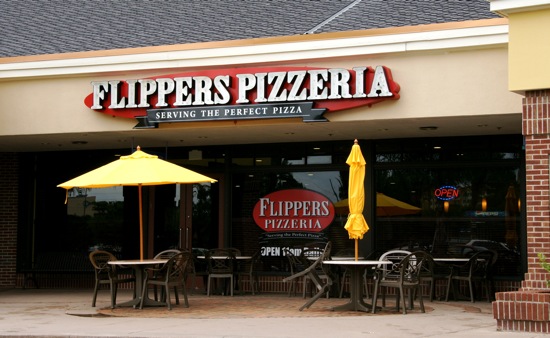 Open for a couple of months now, just down from Fuddruckers is Flippers Pizzeria. It’s also part of a chain with six other locations in other tourist areas around Orlando. Their main focus is pizza but they also offer salads, wraps, pasta and sandwiches.

For more upscale dining (and more expensive) there’s Johnnie’s Hideaway. It’s a one of a kind restaurant, but is owned by the company that also runs Fish Bones, Vito’s Chop House, Moonfish and Charlie’s Steakhouse. Their specialty is steak and seafood.

Disney already getting ready for the holidays

Most of the Fuddruckers here in South Florida have shut down. I miss them for their great burgers. Surprised to see them opening in Crossroads, but glad to know that I can have a good burger there next time I’m at WDW.

I forgot to mention there’s also a Fuddruckers in the Festival Bay Mall on International Drive.

Fuddruckers is fantastic. I used to eat at one in Miami on a regular basis years ago and I’m happy to hear that they are still expanding. Their hot dogs are GREAT.

Fantastic that Flippers has opened at crossroads. It has the best food I have ever tasted. Happy Days