Mythbusters and Legend of Zelda coming to Dr. Phillips Center 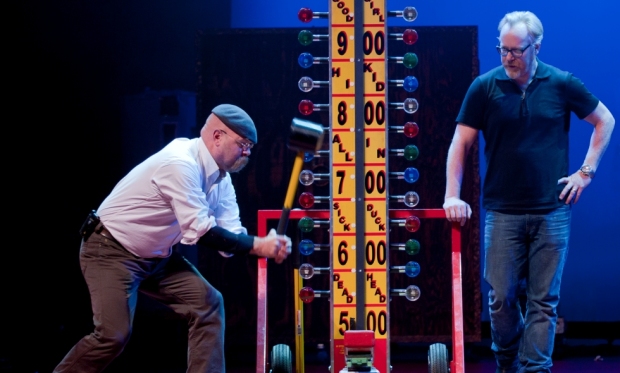 The Dr. Phillips Center for the Performing Arts has announced that tickets are now on sale for shows based on Mythbusters and The Legend of Zelda.

“MythBusters Jamie & Adam Unleashed” will be at the Bob Carr Theater on April 24, 2015 at 8 p.m. This all-new, live stage show starring Jamie Hyneman and Adam Savage, co-hosts of the Discovery series MythBusters, promises on-stage experiments, audience participation, video and behind-the-scenes stories. Fans will join Jamie and Adam on stage and assist in their mind-twisting and not always orthodox approach to science.

On July 18, 2015 at 8 p.m. inside the Walt Disney Theater, “The Legend of Zelda: Symphony of the Goddesses – Master Quest” will bring a unique experience from the popular game franchise. Audiences can expect to hear new inclusions from “A Link Between Worlds,” the most recently released Legend of Zelda game. Never before performed scores accompanied by new gameplay imagery will appear for the first time ever in “Master Quest,” though fans will still be treated to the show’s now-classic repertoire from seasons past.

Tickets for both shows are available by either calling 844.513.2014, online at drphillipscenter.org, or by visiting the Box Office between 10 a.m. and 4 p.m. Monday through Friday or 12 and 4 p.m. Saturday.