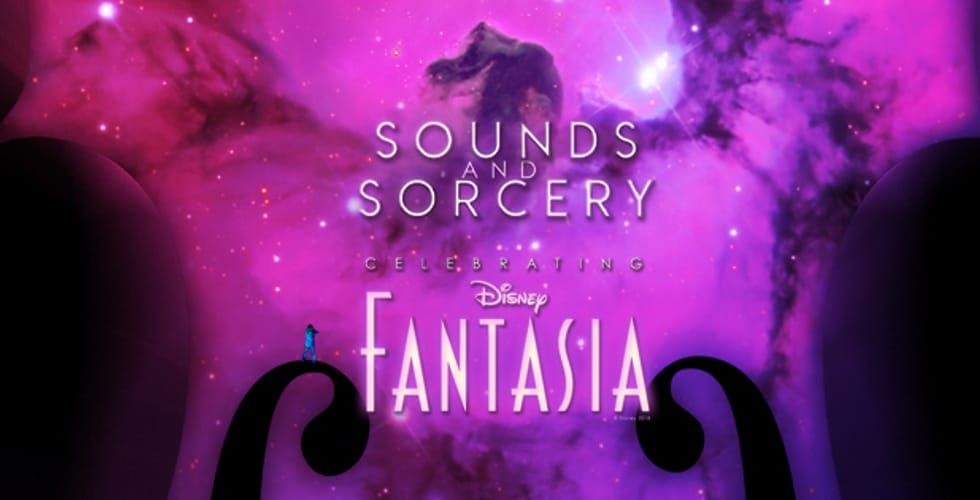 Immersive yourself in the worlds of Fantasia at London’s ‘Sounds and Sorcery’ experience this summer.

Fans of Walt Disney’s most ambitious masterpiece can honor Mickey Mouse’s 90th anniversary at Sounds and Sorcery celebrating Disney Fantasia, an immersive musical experience starting this summer at The Vaults in London, whose tickets go on sale April 19.

The Vaults, a unique underground arts venue located in Waterloo, London, has announced its new experience Sounds and Sorcery celebrating Disney Fantasia, a series of unique installations inspired by the 1940 film that will bring iconic classical music to life in a multi-sensory experience. Tickets go on sale April 19 for the production, which is scheduled to run from July 3, 2018, through Sept. 30, with opening night for press on July 11.

Inside The Vaults in London.

Visitors will begin by collecting their headphones at the door and stepping inside Sounds and Sorcery, where they can dance with a funky hippo, walk in a prehistoric wasteland to make their skin sizzle, seek out the fairies in a magical forest, and even sneak into the Sorcerer’s lair. Guests freely explore each themed space as cutting edge binaural sound recordings, 3D projection, and and light installation brings the worlds of Disney Fantasia will be brought to life. For the experience, musical director of Stephen Higgins led a 96-piece philharmonic orchestra from Prague in new recordings of 8 classical pieces of music from the original film, including The Sorcerer’s Apprentice, The Rite of Spring, Night on Bald Mountain and Nutcracker Suite.

This event is inspired by the original movie, but will not feature footage from film, nor will the original film be screened. This event is produced, staged and managed by The Vaults Production Company Ltd trading as The Vaults. It is not produced, staged or otherwise managed by Disney. Disney Fantasia is a trade mark of The Walt Disney Company and used under licence.

Kieron Vanstone, Director of The Vaults, and Producer of Sounds and Sorcery, says: ‘When we first began exploring the world of Disney Fantasia, we knew instinctively that this was the next epic scale immersive project for us. For some time we’d been exploring the use of headphones, and specifically binaural technology, as a technique for plunging our audiences deeper into the worlds we create. Fantasia is such an inspiring, iconic movie that truly features some of the most excellent music that has ever been scored. We were incredibly inspired by what Walt Disney and his animators achieved with this music in the original movie, and our immersive take on it will aim to be as ground-breaking, just as inspirational and sprinkled with the same amount of wonderful.’

Anna Hill, Chief Marketing Officer, The Walt Disney Company UK and Ireland, says: ‘At Disney we love bringing innovative experiences to new audiences, and we are delighted that The Vaults are staging this Fantasia-inspired production this year, as the film marks a truly iconic moment in the history of Mickey Mouse ahead of his 90th anniversary. Fantasia was, and still is, a ground-breaking movie and Walt Disney’s creativity continues to inspire people all over the world today, so it is fitting that this experiential event is paying tribute to this seminal work in this way.’

Sounds and Sorcery is open to all ages and is fully accessible. Some of the sets and scenes will be dark, with flashing lights, in unusual environments. Participants will be given headphones (or may bring their own) and an iPod touch to carry to experience the music, and so the event may not be suitable for young children.

The event will take place underneath the Waterloo station on Leake Street in London. Tickets start from £31.75 for adults; children under 12 are £23.50, and children age 3 and under are free. A family ticket for two adults and two children costs £100.50.

Visit soundsandsorcery.com beginning on April 19 to purchase tickets, and watch these videos for more Fantasia fun:

‘Bird Call: The Musical’ flocks to Orlando in May