Defeating the evil Emperor Zurg and becoming a Galactic Hero on Buzz Lightyear’s Space Ranger Spin at Magic Kingdom takes years of training and discipline for toys, but can be done in the span of around four minutes by humans.

New recruits, listen up! Here are the tips and training info to help you quickly move through the ranks.

Each “Space Cruiser” ride vehicle has two blasters and one “spin” joystick located in the middle. The laser beam from the blasters must hit targets marked with a “Z” along the ride in order to earn points. Some of the “Z” targets are worth more points than others.

Targets can be hit more than one time, so aim for the high point targets as much as you can. The best way to shoot the blasters is by keeping your thumb on the trigger at all times to make sure the gun is constantly firing.

When your ride begins, engage the trigger and check to see where your laser beam is firing so you can get an idea of where your beam is. There is time for a few practice shots to get a feel for your weapon before you reach the high point targets.

It’s also recommended to go on the ride when there are fewer recruits (the more laser beams firing the harder it is to find yours), which is usually when the park first opens or at night. 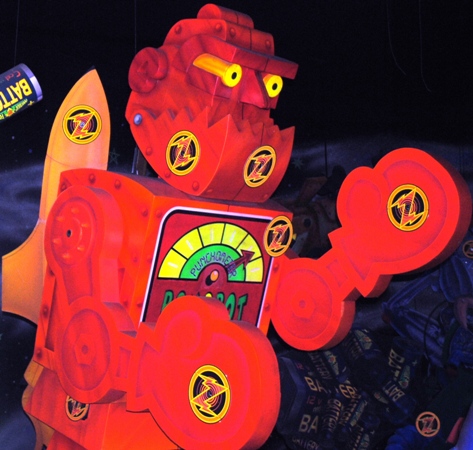 In the first room, concentrate your fire power on the large red robot on the left side. The left, or second hand, of the robot will give you 100,000 points per hit. Once you have hit the robot’s target as many times as possible, spin your ride vehicle around to aim at the claw located near the ceiling on the right side of the track. 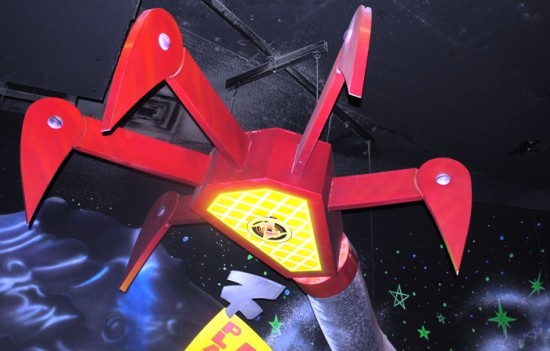 The claw is easier to hit if you are past it and on the way into the second room. The combination of points from the robot and claw could put you at least halfway to the 999,999 mark before you leave the first room. 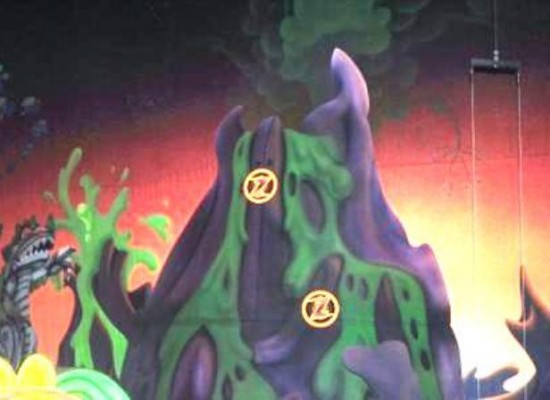 The second room is the largest and is full of targets. The volcano located on the back wall on the right side has two different targets on it. Aim for the highest “Z” to get 50,000 points per hit.

Rack up as many points as you can by repeatedly hitting the volcano in this room. Once past the volcano, shoot at the targets on the right side of the vehicle – they have a larger payout. 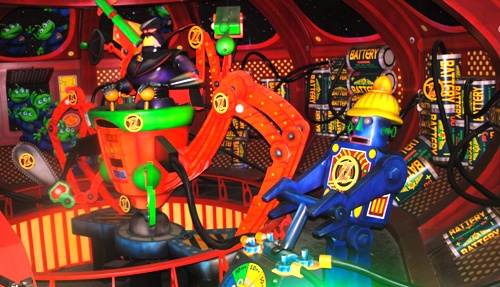 Your next room will feature Zurg on the right side. Pay close attention to the “Z” target on the bottom of his spaceship. It is worth 100,000 points per hit. 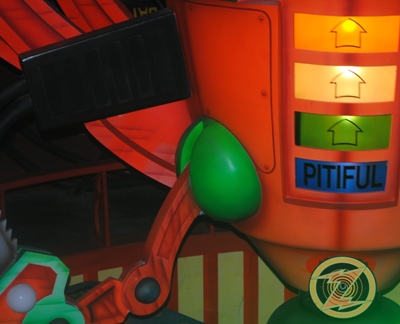 This target is easier to hit before and after you are face to face with Zurg. The closer you are to the target, the harder it is to hit. 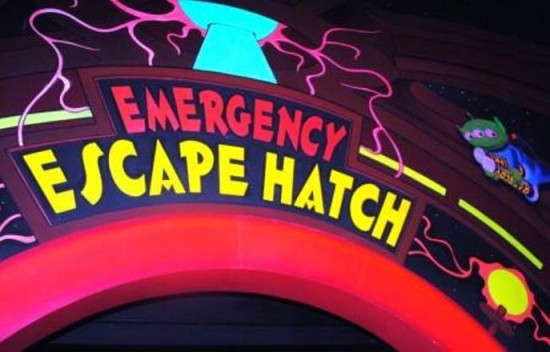 After Zurg, you enter a dark room labeled “Emergency Escape Hatch”. Even though there are no targets to be seen in this room, if you keep your hand on your trigger you can earn 300 to 400 points for constantly shooting.

The next room features a video of Zurg’s ship moving from left to right of the ceiling. There are “Z” targets on the ship that provide points if you can hit them.

The final scene will disengage your spinning privileges but you can still shoot at the “Z” targets around Zurg to get as many final points as you can (unless you have already made it to 999,999). Don’t forget to smile for your ride photo!

While on the ride, be sure to take a picture of your 999,999 score. Show the picture to the cast member at the photo area at the exit and they will present you with a Galactic Hero button as a free souvenir for your hard work defeating Zurg.

Tips for smaller Space Rangers: Advise kids who are old enough to shoot but might have problems hitting the “Z” targets to keep shooting no matter what.

Even if a child never hits a single target they will receive at least 1,300 points for keeping their hand on the trigger at all times during the ride. This will allow even the smallest recruit to “rank” in the second division of “Space Scout” on the scoreboard at the end of the ride. 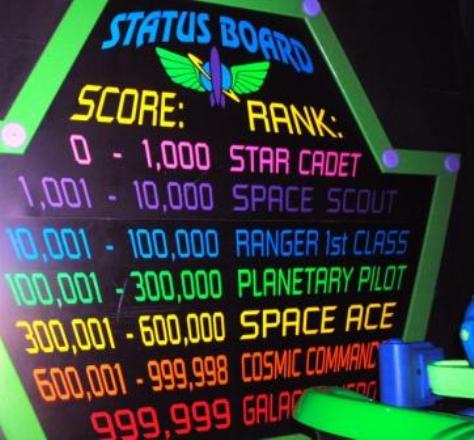 Do you have any tips on how to become a Galactic Hero? Share with us in the comments below! Be sure to check out our ride-through video of the attraction, and see all the targets that will help you rack up the most points!

Guest Editorial: One fan’s hope for the Wizarding World of Harry Potter expansion