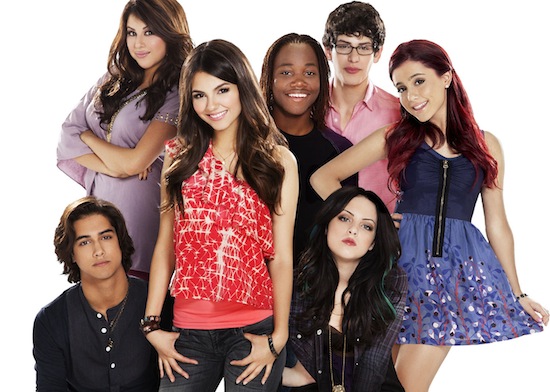 The cast of Nickelodeon’s hit television series, Victorious, will make a special appearance at Universal Orlando on June 9, 2012. The entire cast, including Victoria Justice, who plays the show’s main character, Tori Vega, will be on hand.

Universal Studios guests will have the opportunity to preview upcoming epsiodes of the show and participate in live question and answer sessions with members of the cast. The cast will then end with a music performance.

Now in its third season, Victorious follows teenager Tori Vega as she navigates life at Hollywood Arts, a performing arts high school. The show features original songs performed by Victoria Justice and the cast. The show’s first soundtrack, Victorious: Music from the Hit TV Show, debuted at the no. 5 spot on the Billboard Top 200 Album chart and features the show’s theme song Make It Shine, as well as the hit singles Beggin’ On Your Knees, Freak the Freak Out and Best Friend’s Brother. For the month of March 2012, Victorious ranked as the number one show across all TV with kids 6-11 and tweens 9-14. Most recently, the series won the Favorite TV Show award at Nickelodeon’s 2012 Kids’ Choice Awards.

The appearance is the kick off to Universal’s 2012 Summer Concert Series. A different concert will be held each Saturday night from June 9 to July 14. Already announced for June 16 are both ZZ Top and 3 Doors Down.

Access to all Summer Concert Series performances is included with admission to Universal Studios Florida. For more information on this year’s event, visit universalorlando.com/Events/Summer-Concert-Series.aspx.

are there any special things that I need to do in order to have special access like VIP tickets and such? I need to know asap please 🙂