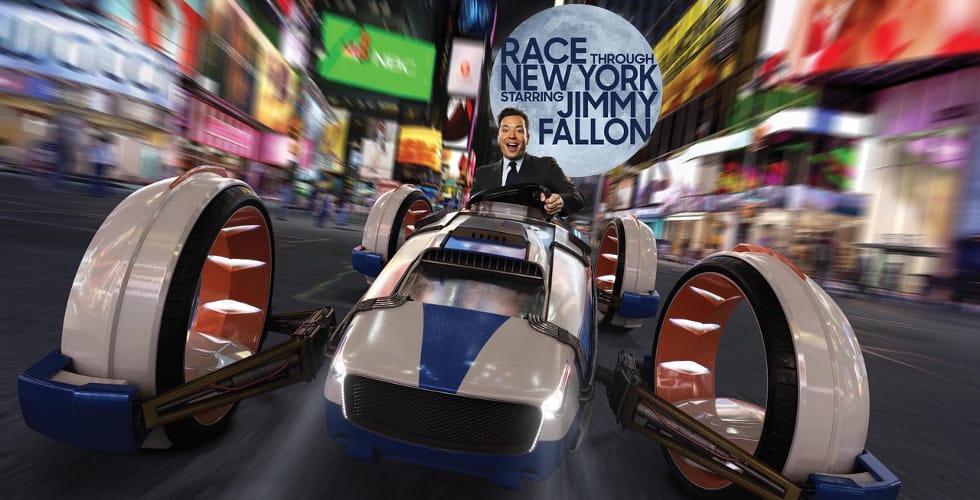 “The Tonight Show” will be taping at Universal Orlando Resort from April 3-6.

NBC has announced a huge list of celebrities for “The Tonight Show Starring Jimmy Fallon” tapings in Orlando from April 3-6. Each taping of the show will be jam-packed with celebrity guests to help Jimmy and fans celebrate the opening of his new Universal Orlando resort attraction, Race Through New York Starring Jimmy Fallon.

There will be additional guests starring in the shows, but those have yet to be announced. The tapings for “The Tonight Show” at Universal Orlando will kick off on Monday, April 3 with one of the show’s viral hits, “Lip Sync Battle,” between Jimmy Fallon and Shaquille O’Neal.

If you didn’t manage to get a ticket to one of the tapings, however, you can still catch one of the musical performances. Each musical act will be taped on the Music Plaza stage in the Studios side of Universal Orlando. The performances will start around 8 p.m. each night of taping, and only regular park admission is required to attend.

The new attraction coming to Universal Orlando, Race Through New York Starring Jimmy Fallon, officially opens on April 6. Check out our preview video of the new ride below.