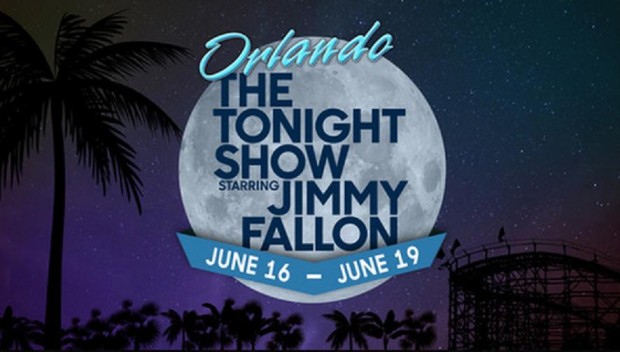 Late night host Jimmy Fallon is taking a summer vacation to Orlando, and he’s bringing The Tonight Show with him.

From June 16-19, 2014, The Tonight Show Starring Jimmy Fallon will be taping episodes at Universal Orlando Resort, with guests including Jennifer Lopez, Pitbull, Tracy Morgan and others. There will also be a first look inside The Wizarding World of Harry Potter – Diagon Alley, which coincides with the media event taking place June 17-20.

“The Tonight Show” tapings will take place from Soundstage 20 located on the Universal Studios backlot, while the musical acts will perform on the Music Plaza Stage.

Free tickets to attend a taping of The Tonight Show will be available later this week. A tweet from the @FallonTonight Twitter account will say when they become available. You can order tickets at this website or on the Tonight Show Facebook page.

If you don’t live in the area, you can enter their Summer Vacation Sweepstakes for a chance to visit Universal Orlando, attend a taping of the show and get a VIP tour of Diagon Alley. Tune in to The Tonight Show each night from May 26 to June 6, then select the name of the song The Roots play for the first guest’s entrance. You and a guest could be among the 22 lucky winners on your way to Orlando.

Disney On Ice presents Frozen coming to Orlando in September

Those Fallon tix went in less than 2 seconds! Only other alternative is to win the Summer Vacation Sweepstakes

Why the launch of Disney+ may seem...

More of Springfield is coming to Universal...