Toontown at Magic Kingdom closing for good in February

Even though Toontown got an extra year beyond its rumored closing last January, it’s finally closing for good in February to make room for the Fantasyland expansion. The last day to visit Toontown and its many attractions will be Feb. 11, 2011. 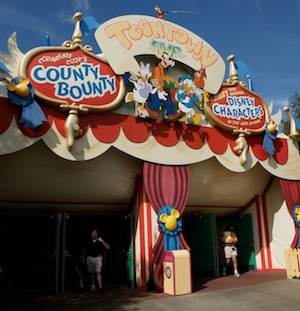 Once completed, The Barnstormer at Goofy’s Wiseacre Farm is expected to remain, but with a different theme. The rest of Toontown will not remain. The character greetings for Mickey Mouse, Minnie Mouse and the princesses will be moved into an area currently under construction in Exposition Hall at the front of the park. This new area is expected to open sometime this spring. From Feb. 12 until it opens, you’ll be able to meet these characters at different areas around the park.

As the Fantasyland construction continues, you’ll be able to meet Tinker Bell at Hollywood Studios. The other fairies will be making appearances at Epcot later in the spring, probably during Epcot’s Flower & Garden Festival.

Magic Kingdom’s railroad will continue to run but without stops in Toontown until a new station is build in the expanded Fantasyland area. The face painting area in Toontown will not be relocating elsewhere in the park, but their other park locations will remain.

Insider Top Tips: The best way to buy a Butterbeer

Walt Disney World never ceases to amaze the people. Their movies are loved by numerous kids and adults and their theme park attractions and rides are unforgettable. I am sure the expansion is well needed for a fresh new look and will be enjoyed by all

How to get a Boarding Group for...

Florida brewery quickly sells out of their...