I recently visited the Walt Disney Studios in Burbank, California on behalf of “Attractions Magazine” and was treated to a tour of the lot from Disney D23. I learned a lot about the history of this iconic studio and even stepped into Walt’s personal office! Here are some highlights. 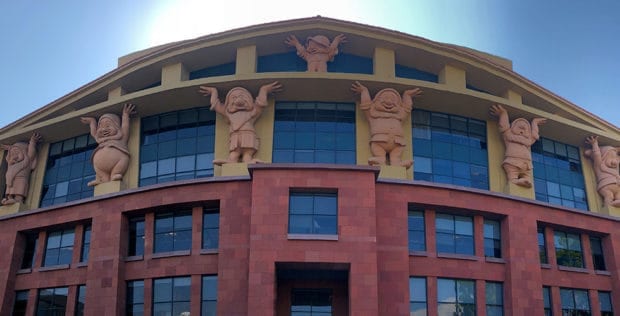 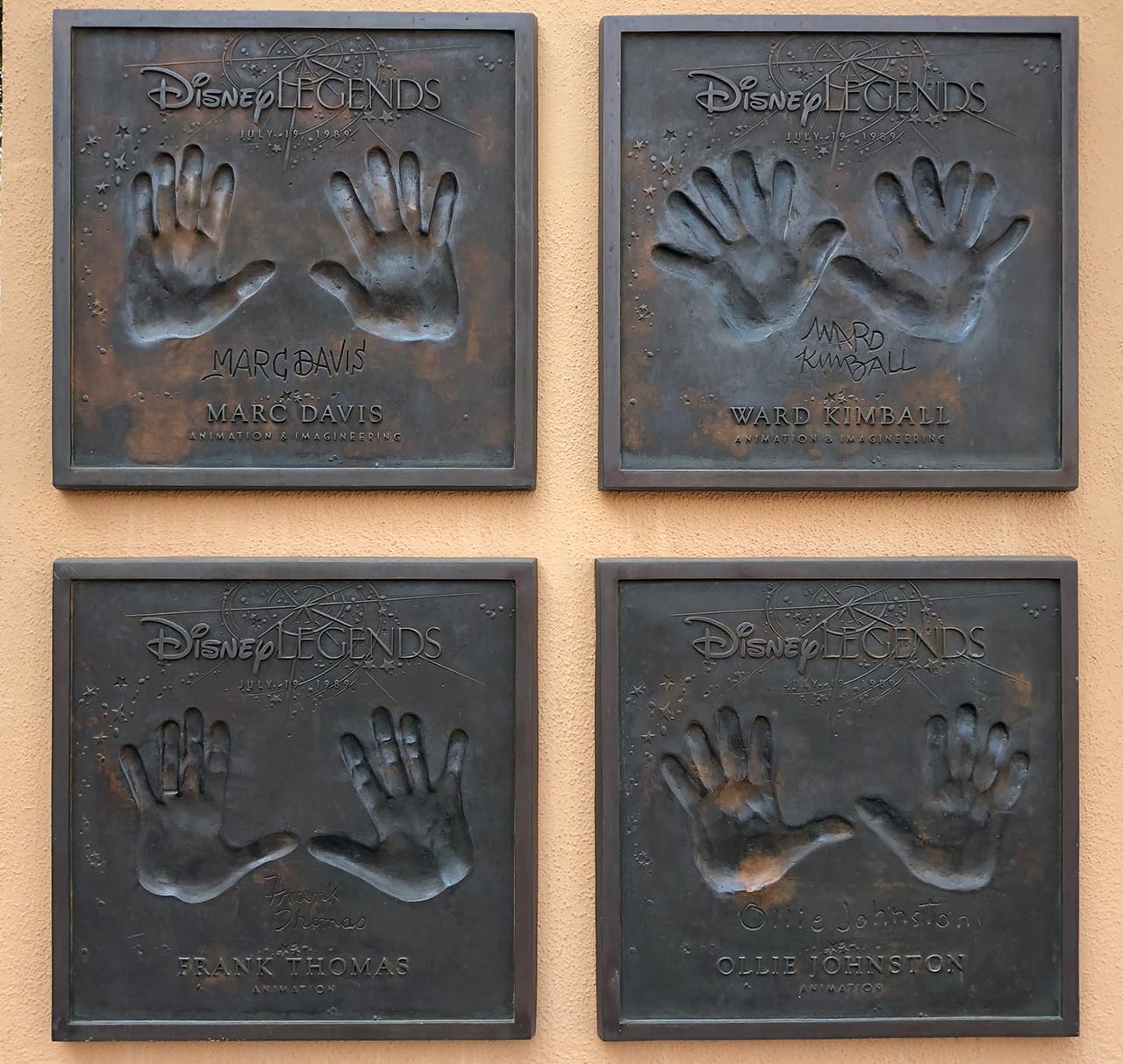 The Team Disney Building is the first building guests and employees see when they enter the lot. The Seven Dwarf statues at the top of the building stand 19-feet tall (with the exception of Dopey at 12-feet) and represent the foundation of the company. The $8.5 million from “Snow White and the Seven Dwarfs” provided the funds for Walt Disney to purchase the 51 acres in Burbank that would become the lot we know today.

In front of the Team Disney Building is Legends Plaza, housing the handprints and signatures of people who have left their mark on the Walt Disney Company. Above are the handprints of four of the “Nine Old Men”  including Marc Davis, Ward Kimball, Frank Thomas and Ollie Johnston. 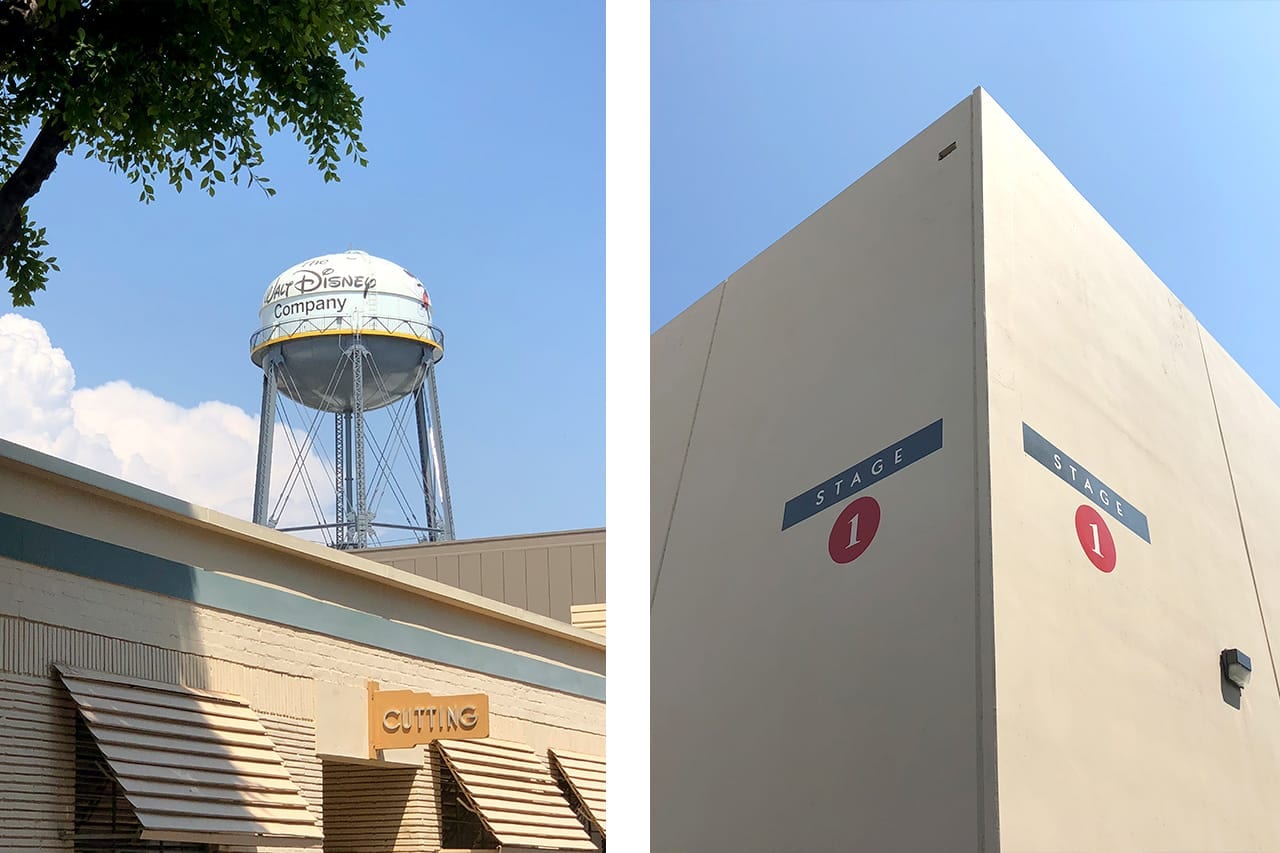 Other original structures include a six-leg water tower and the first sound stage. Stage 1 was first used to film Leopold Stokowski’s segments for “Fantasia” and later for the “The Mickey Mouse Club.” It was dedicated as the Annette Funicello Stage in 2013. 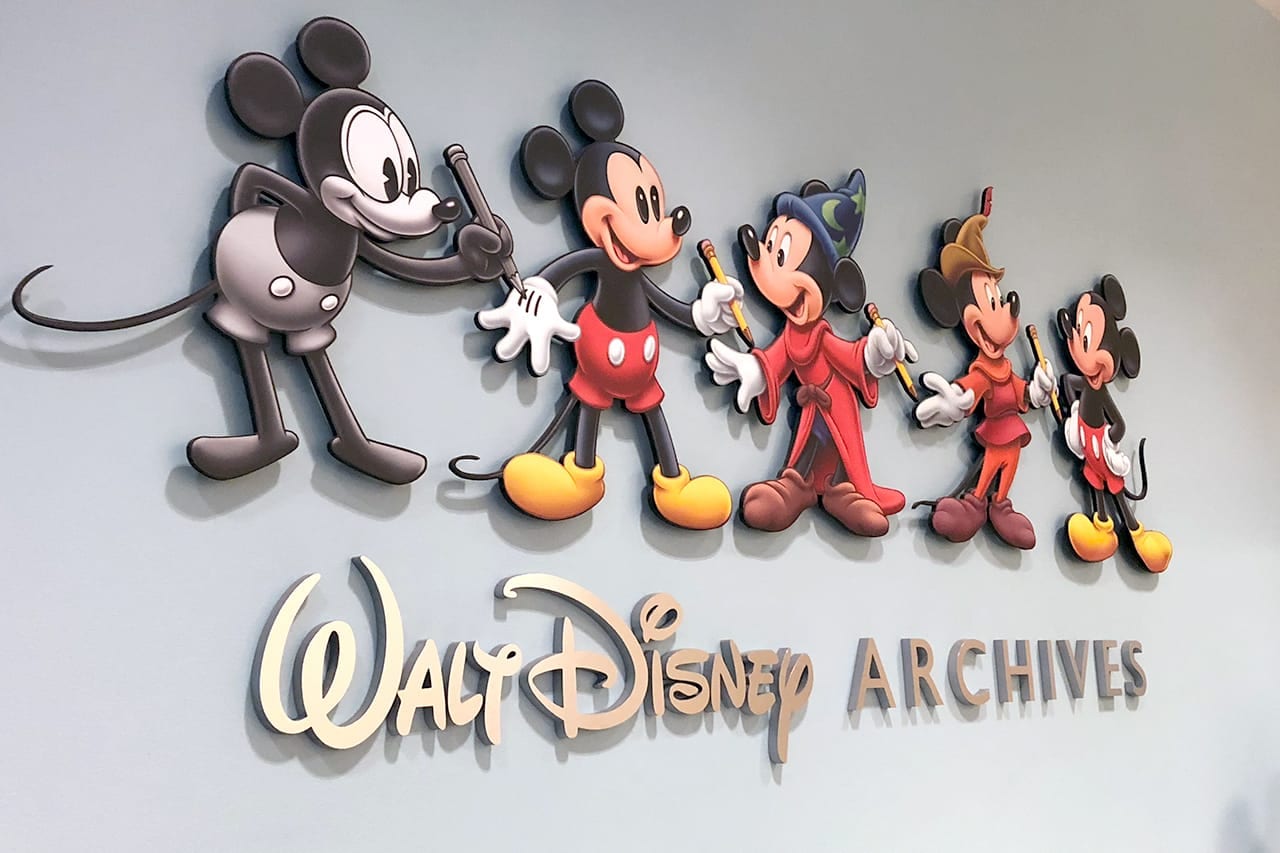 The Walt Disney Archives includes seven warehouses throughout Southern California, but on the lot is the reading room, brimming with Disney history. 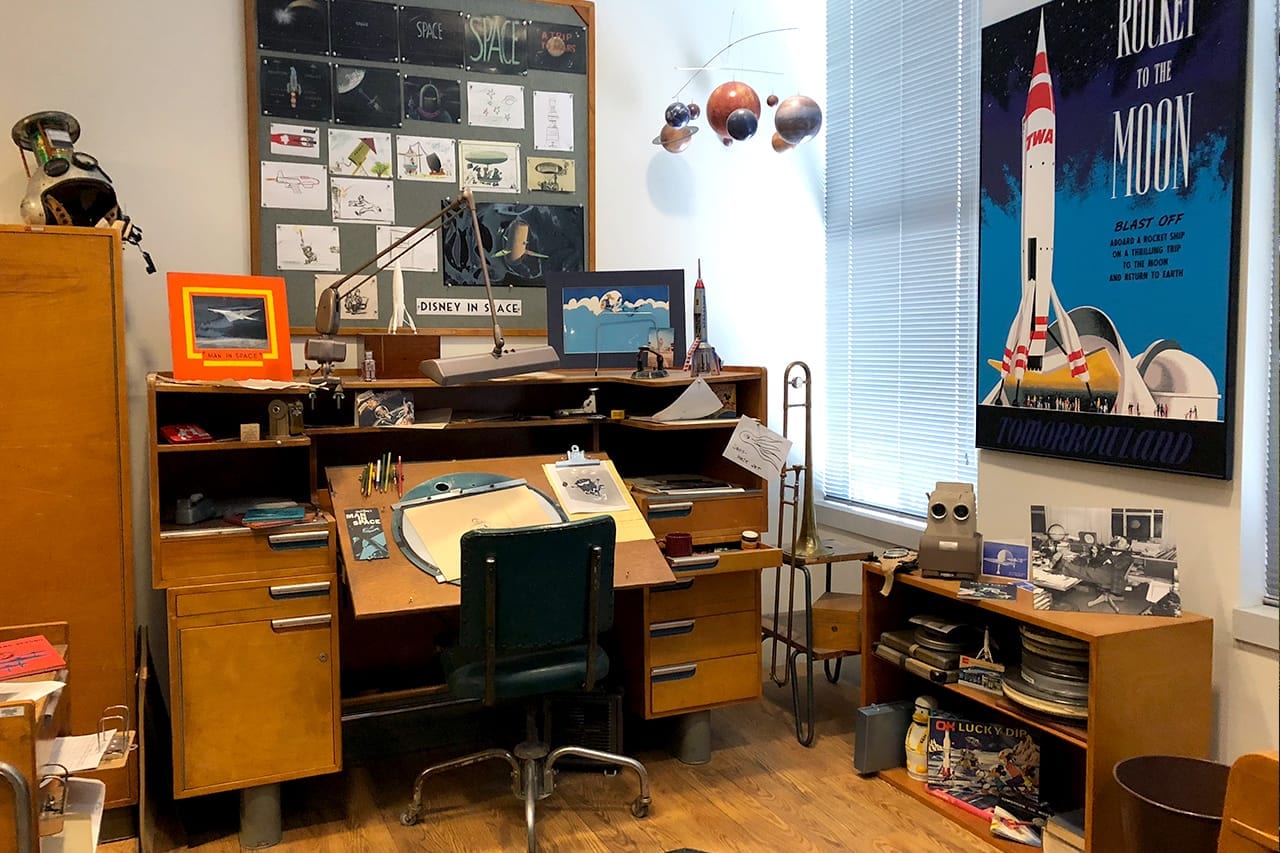 Above is an original animator’s desk designed for the artists. 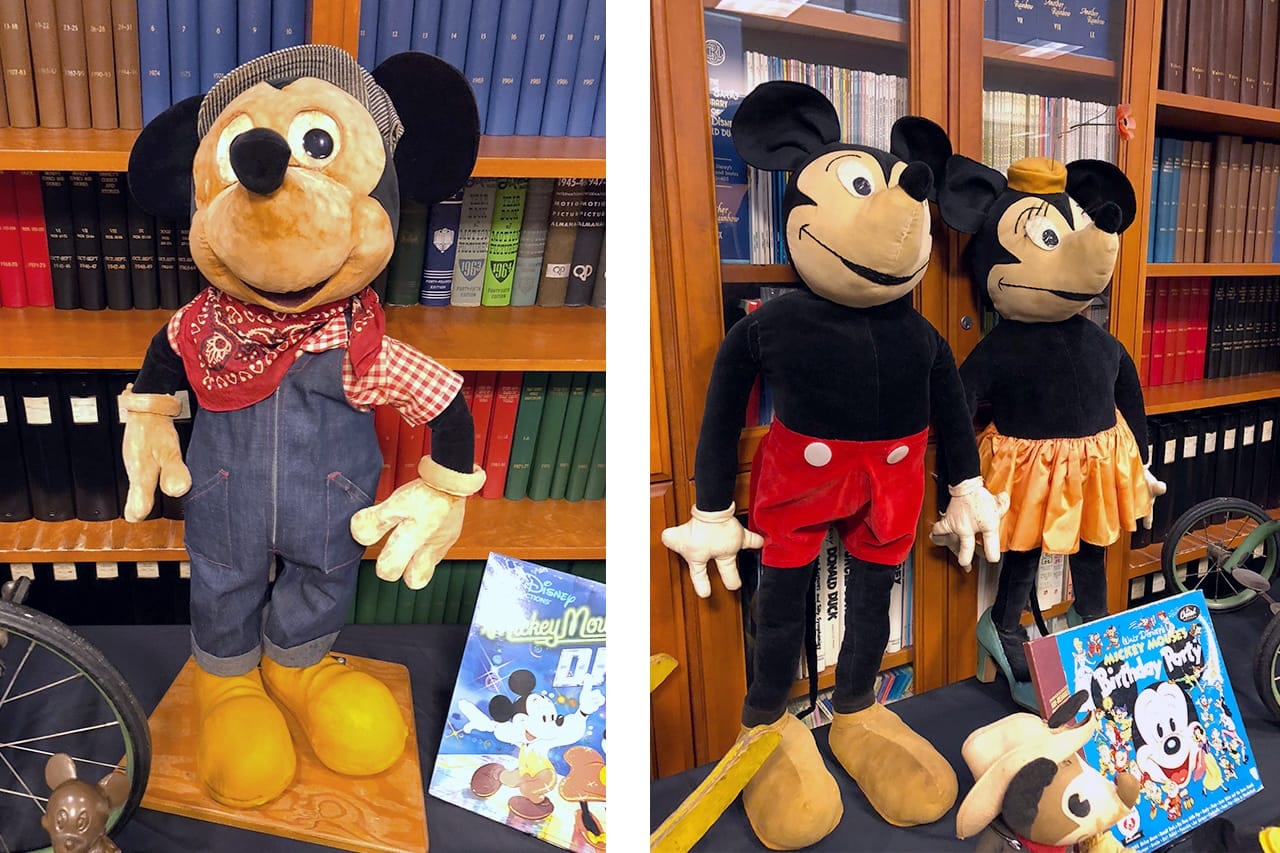 The conductor doll on the left is the same one pictured with Walt on the Disneyland Railroad. The set of dolls on the right were personally made for Walt by Charlotte Clark. 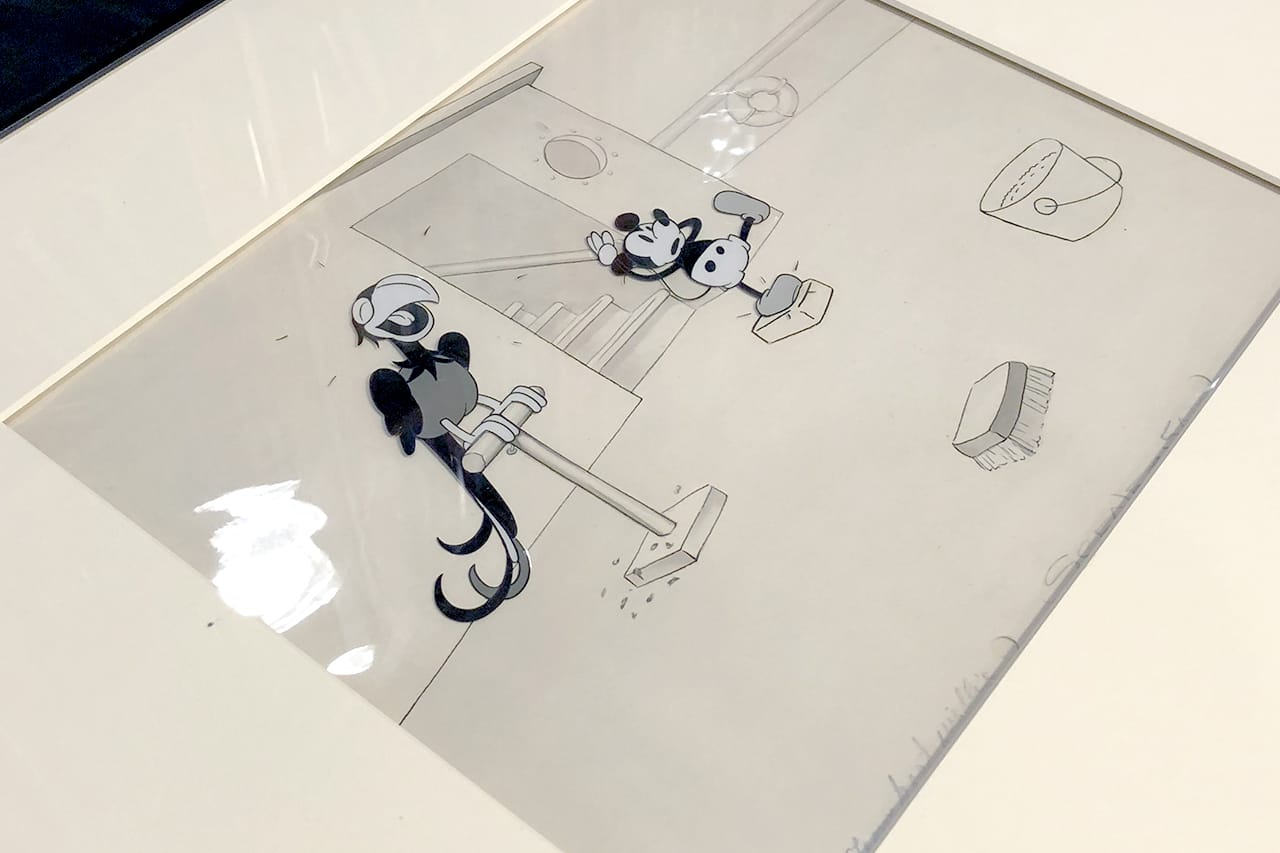 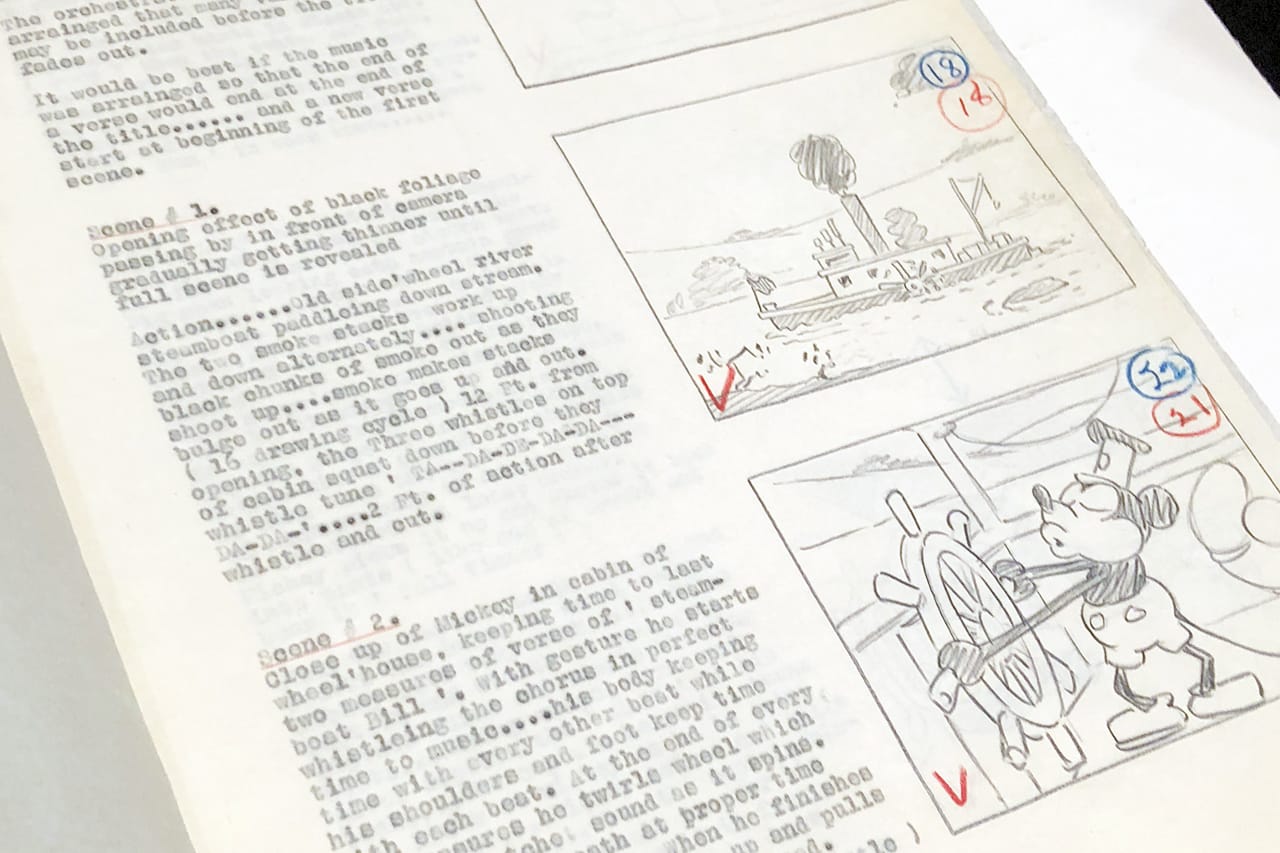 The original first page of “Steamboat Willie” featuring drawings by Ub Iwerks. Disney archivists say this is the first example of storyboarding in animation.

Our final stop on the tour was to visit suite 3H – better known as Walt’s headquarters. After Walt passed, Disney Legend and retired Archivist Dave Smith inventoried the five-room suite down to the last paperclip. Walt’s office was restored in 2016, allowing its visitors to step back in time. 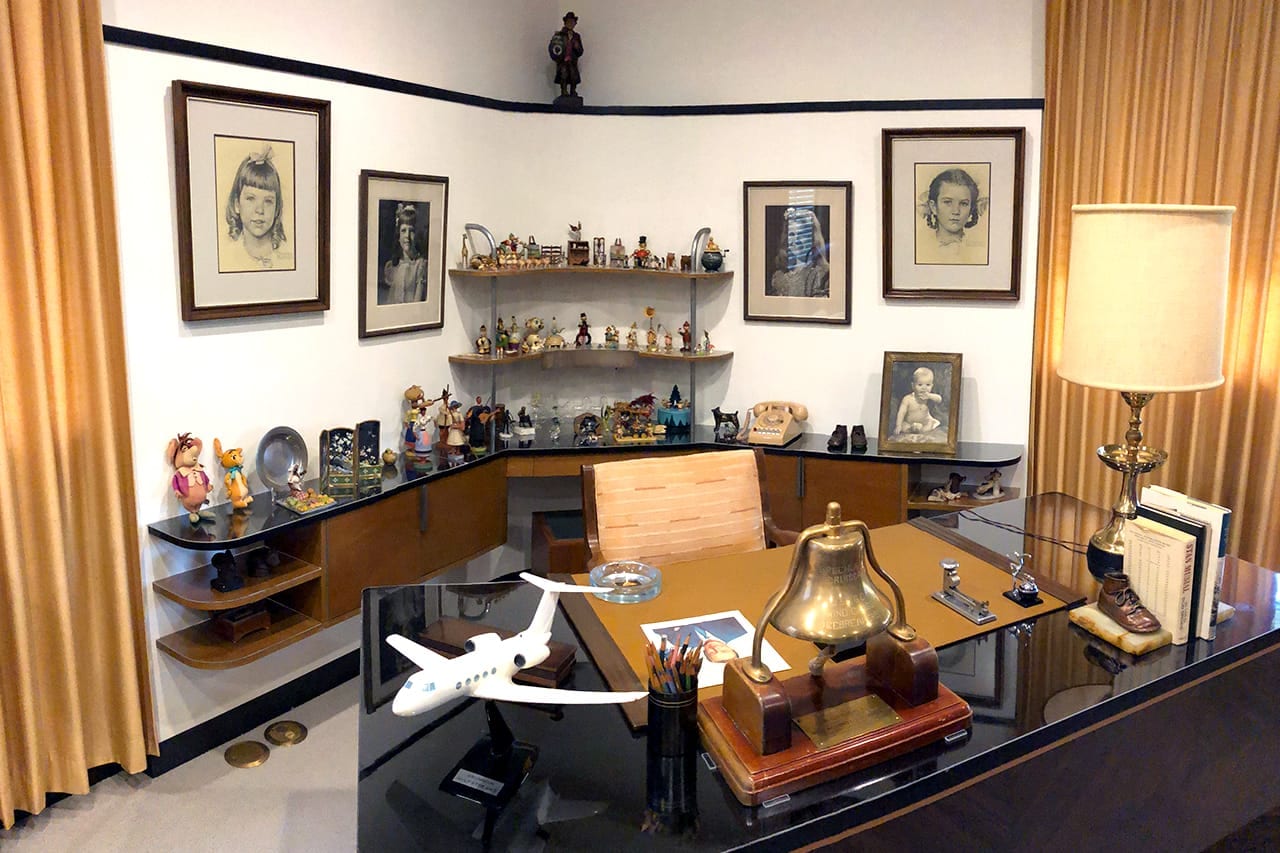 Walt’s formal office is full of charm and character, including a bell to remind him when it was lunch time. This office was used to meet with high profile clients and dignitaries. 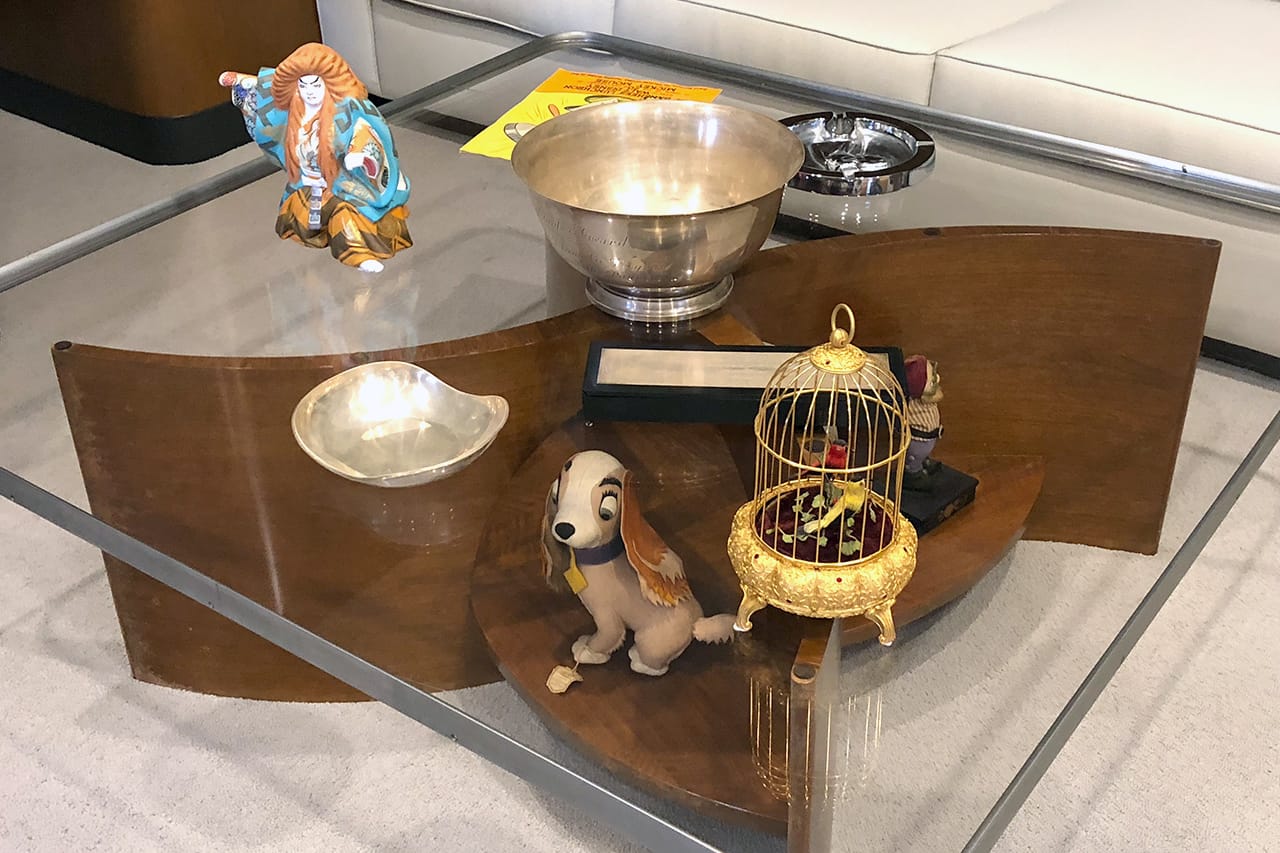 The suite is full of custom furniture designed by Kem Weber, which Walt filled with personal treasures, like the bird cages that inspired the first audio animatronics for the Enchanted Tiki Room. 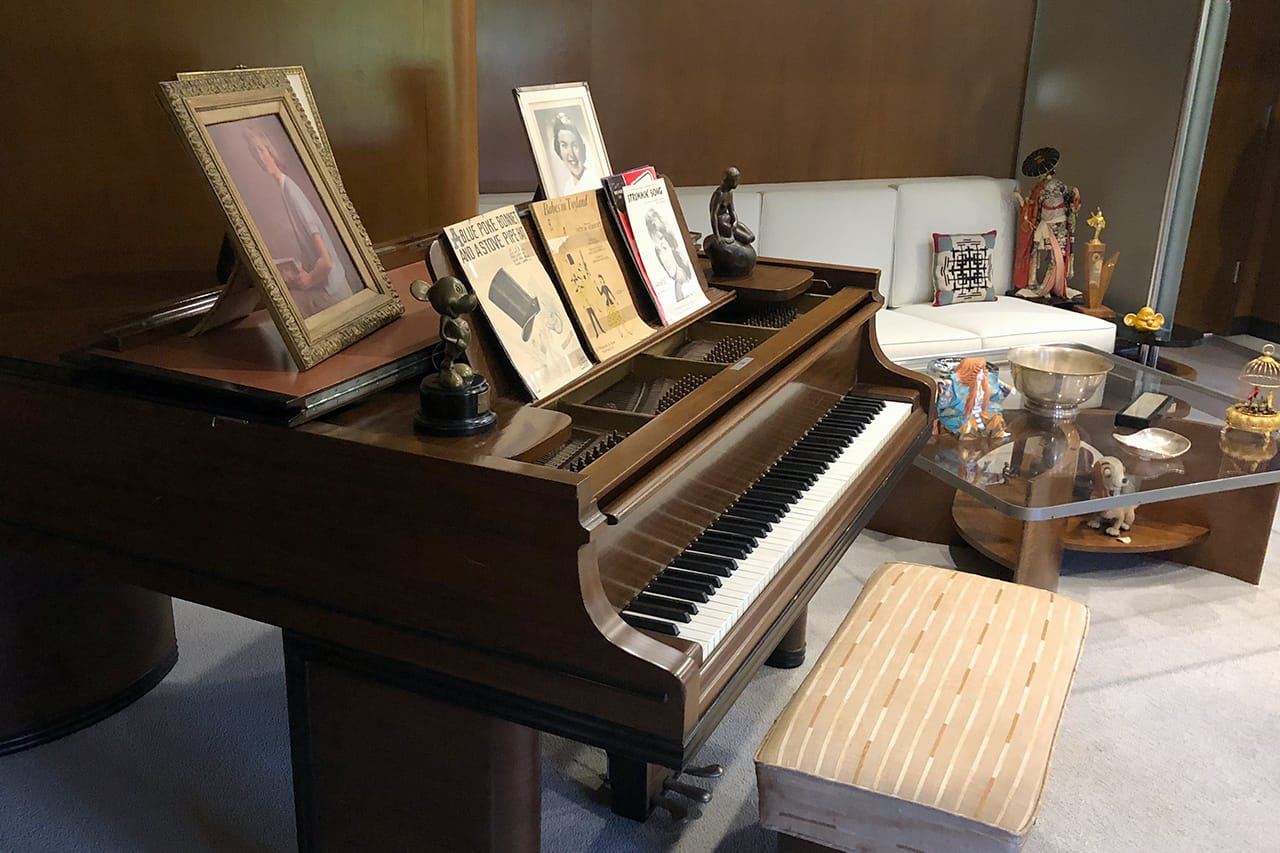 Above is the famous piano where Walt would invite the Sherman Brothers to play his favorite song, “Feed the Birds”. 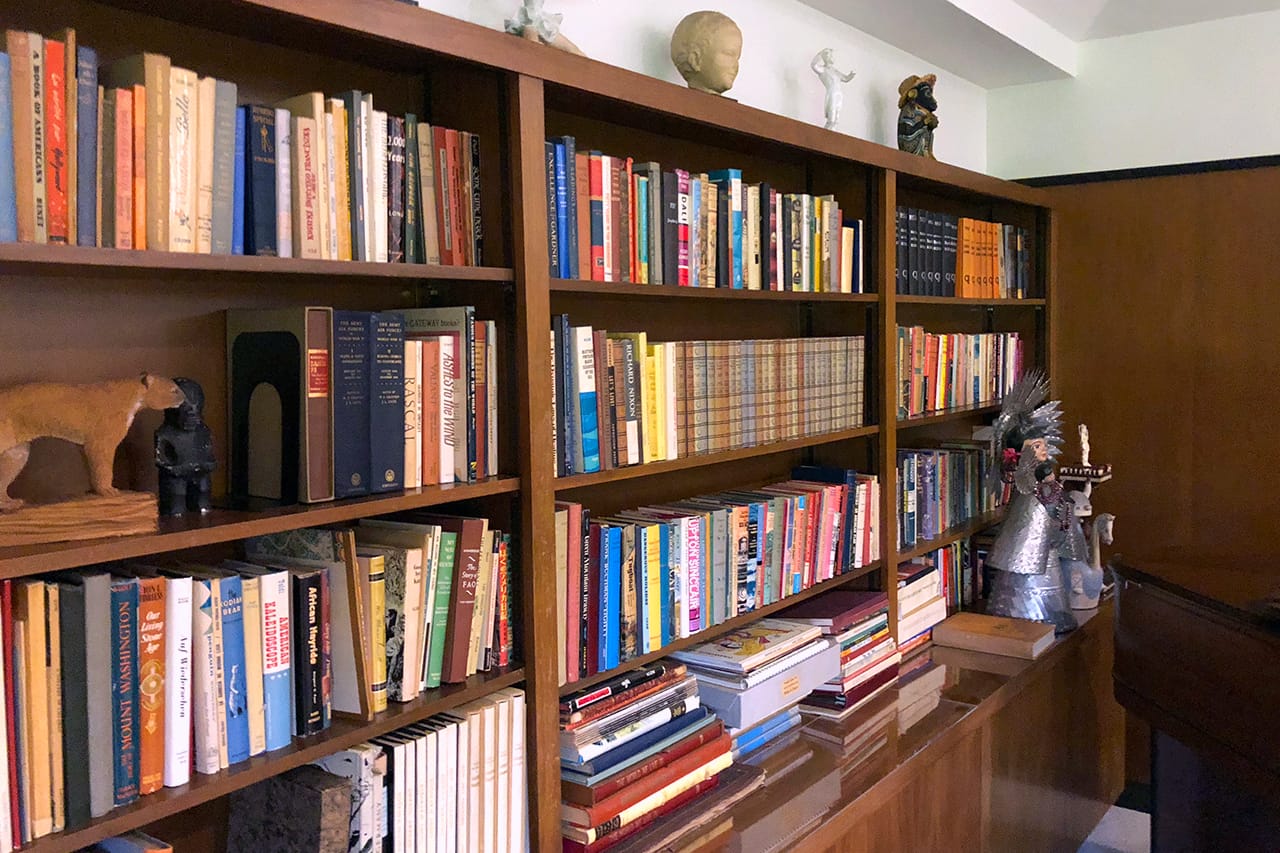 Walt’s bookcase was even replicated, including down to how the books were angled. At the back of the room, to the left of this bookcase, is a doorway that leads to the “working” office seen below. 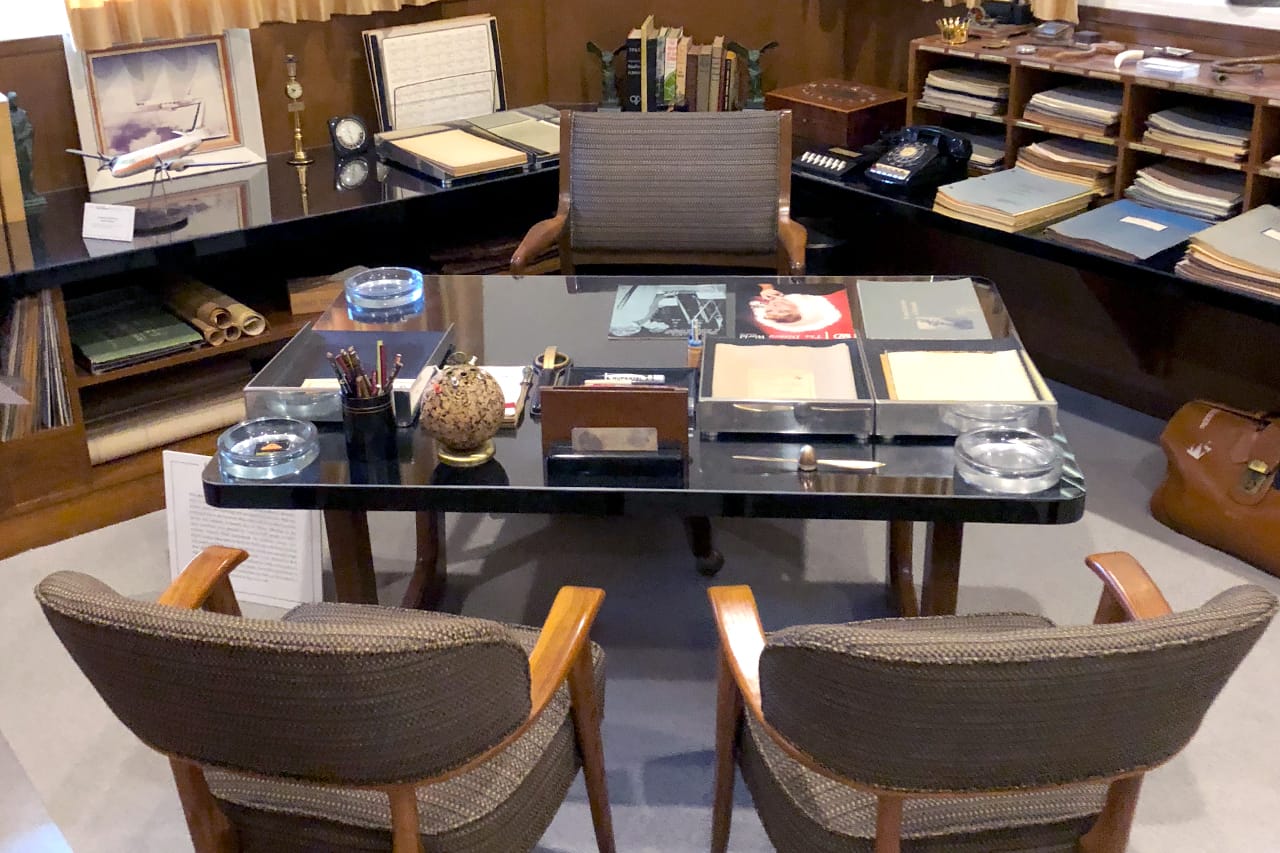 This office features a larger, lower desk that was often used for large blueprints, mock ups, or layouts to be observed easily. This is the primary space where Walt worked with his team to build the future of the Walt Disney Company, from theme parks to movies. 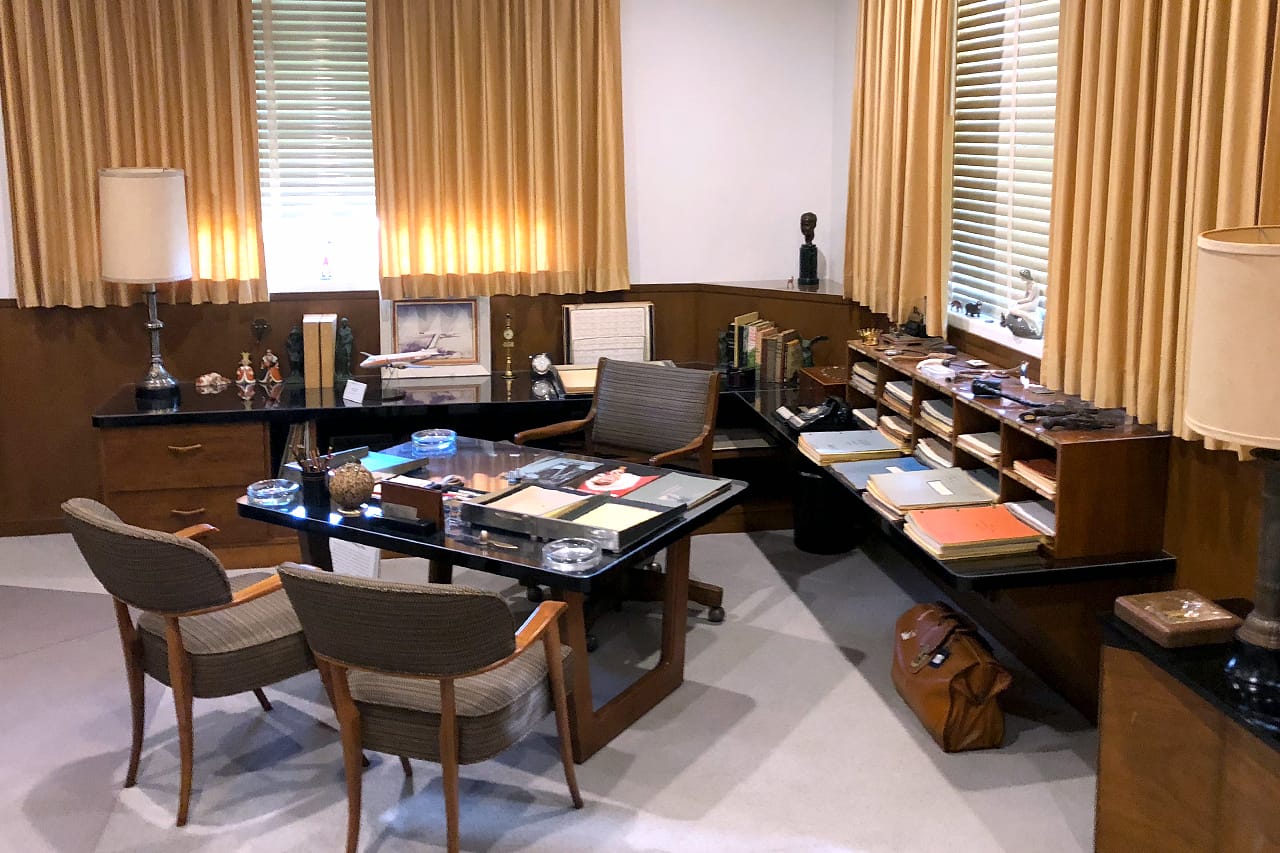 Even though it was a more casual atmosphere, the magic was alive and well. In the bottom right of the photo sits Walt’s personal bag he took to and from the office every day. The shelves on the right feature scripts that Walt was reviewing for future projects. 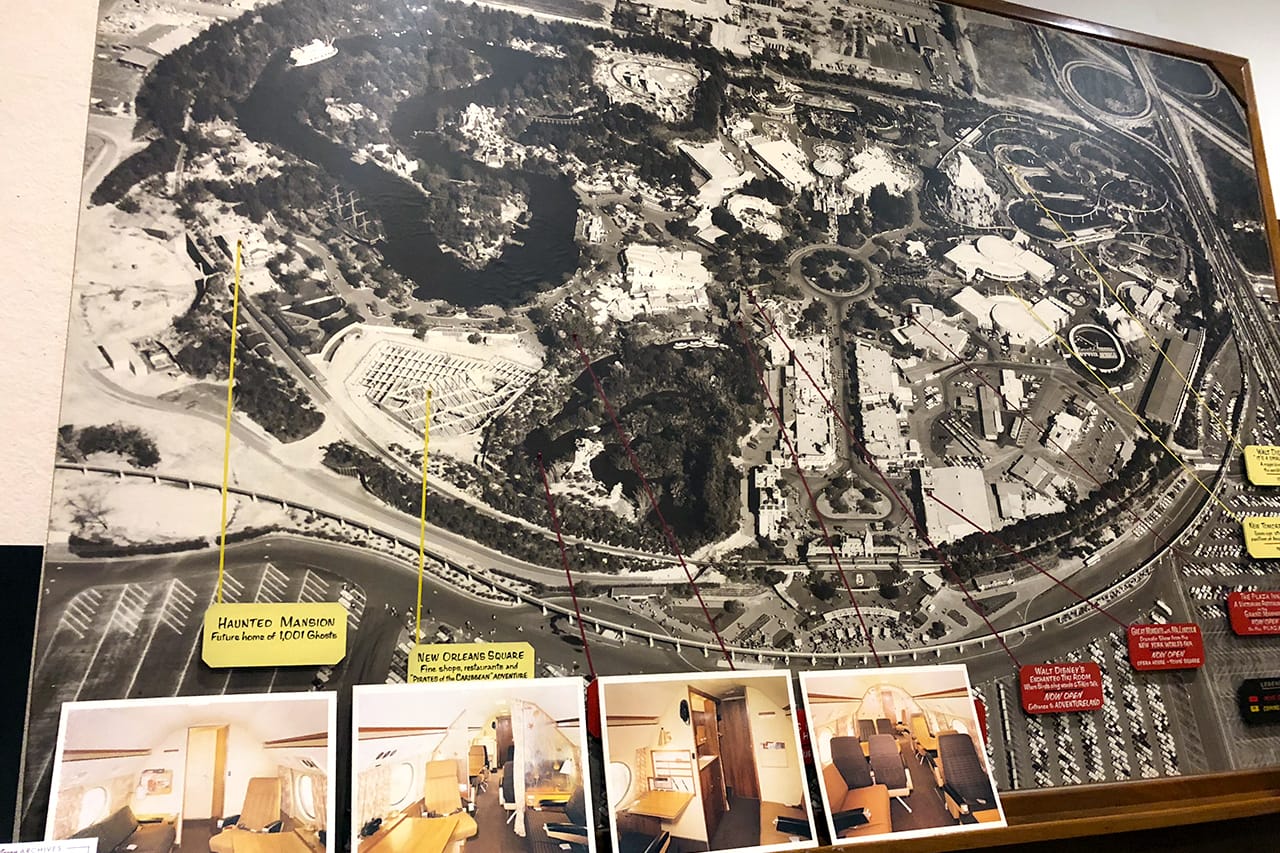 A large aerial view of Disneyland along the right side of the wall marks recently opened attractions as well as what was coming up next. 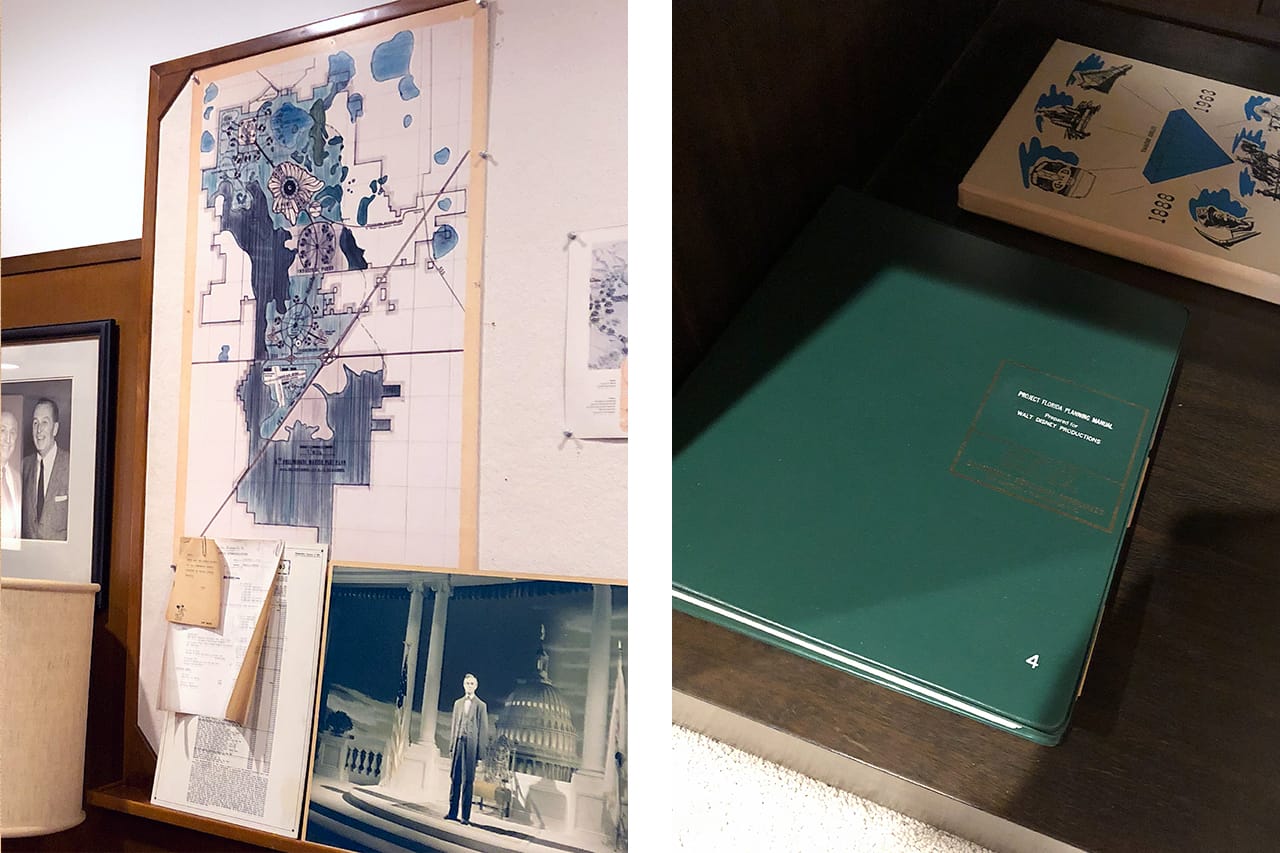 The office also features some hidden treasures about the future of Walt Disney World, including this Project Florida Planning Manual and future Magic Kingdom layouts. 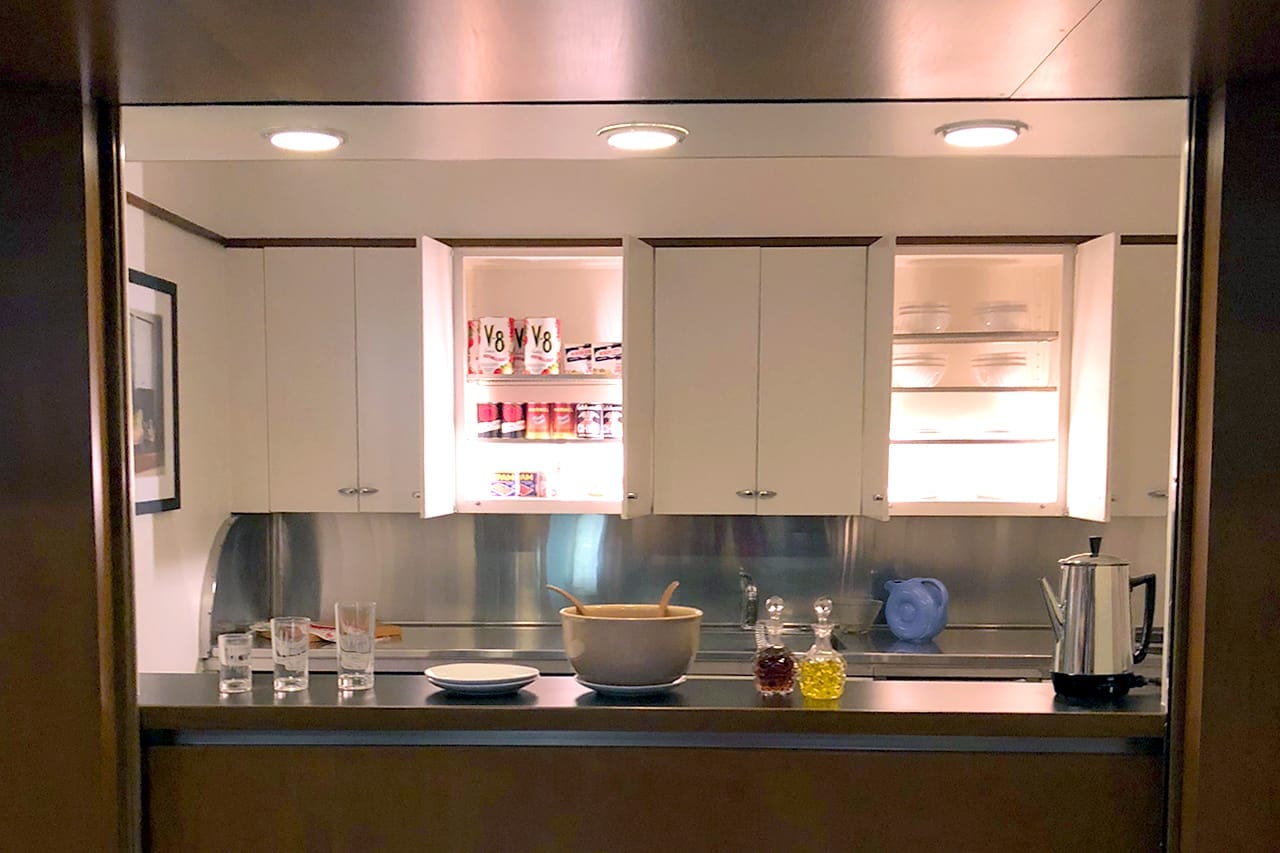 The back of the room houses a small kitchen with some of Walt’s essentials like V8 and Spam. It even has a button to automatically open the door. 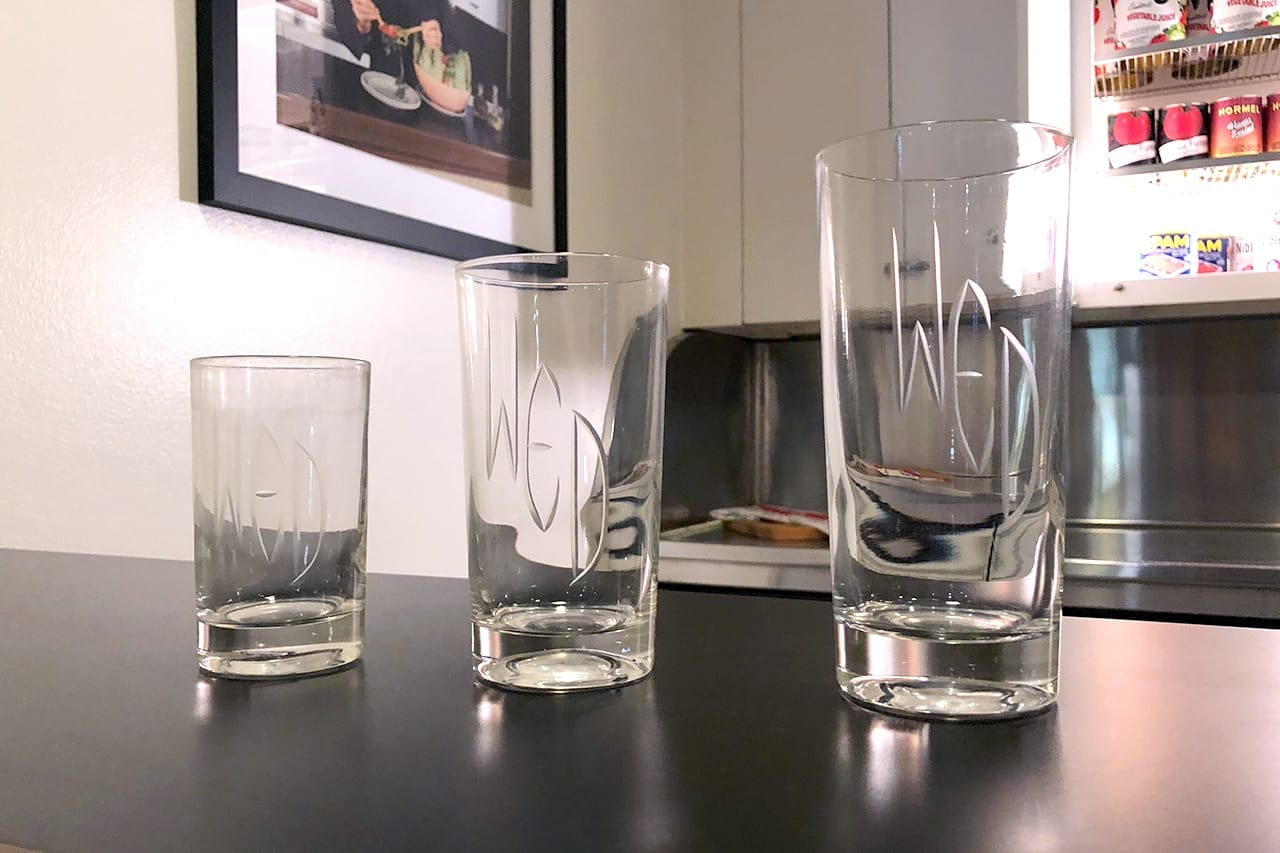 Custom WED (Walter Elias Disney) etched glasses on the bartop that any Disney fan would love to have in their kitchen. 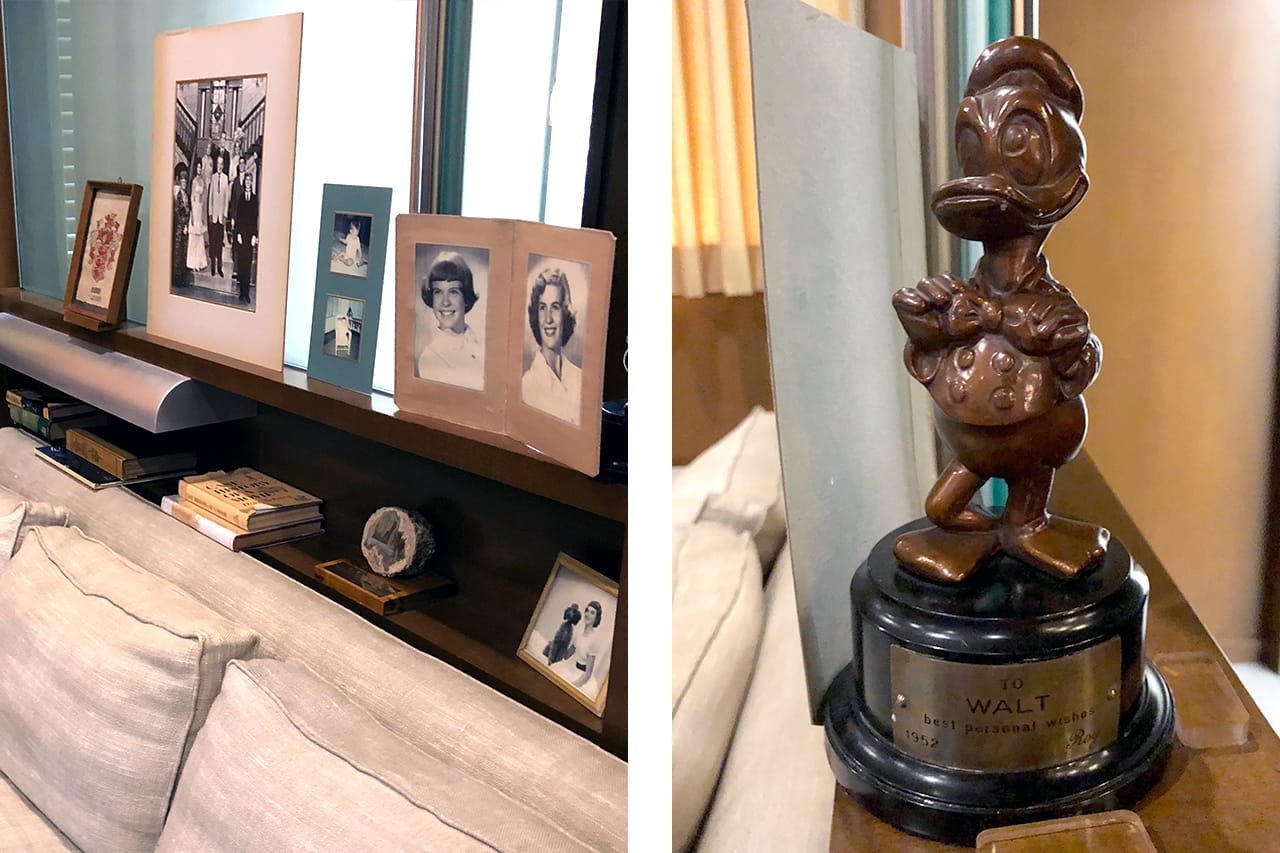 One thing consistent throughout Walt’s office is the connection to his family. He has several family photographs displayed and proudly shows off this Donald Duck gift from Roy. 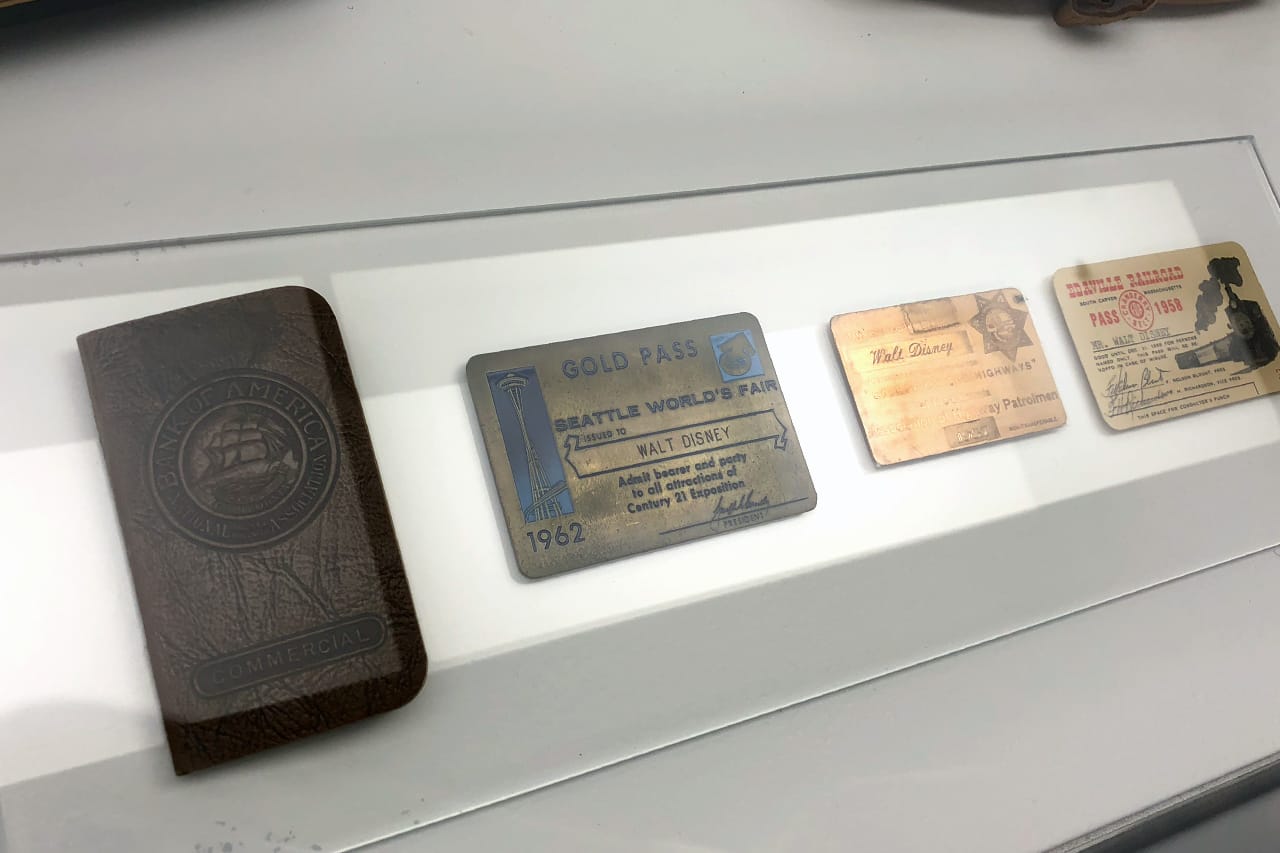 A few of Walt’s personal items like his pass for the Seattle World’s Fair in 1962. 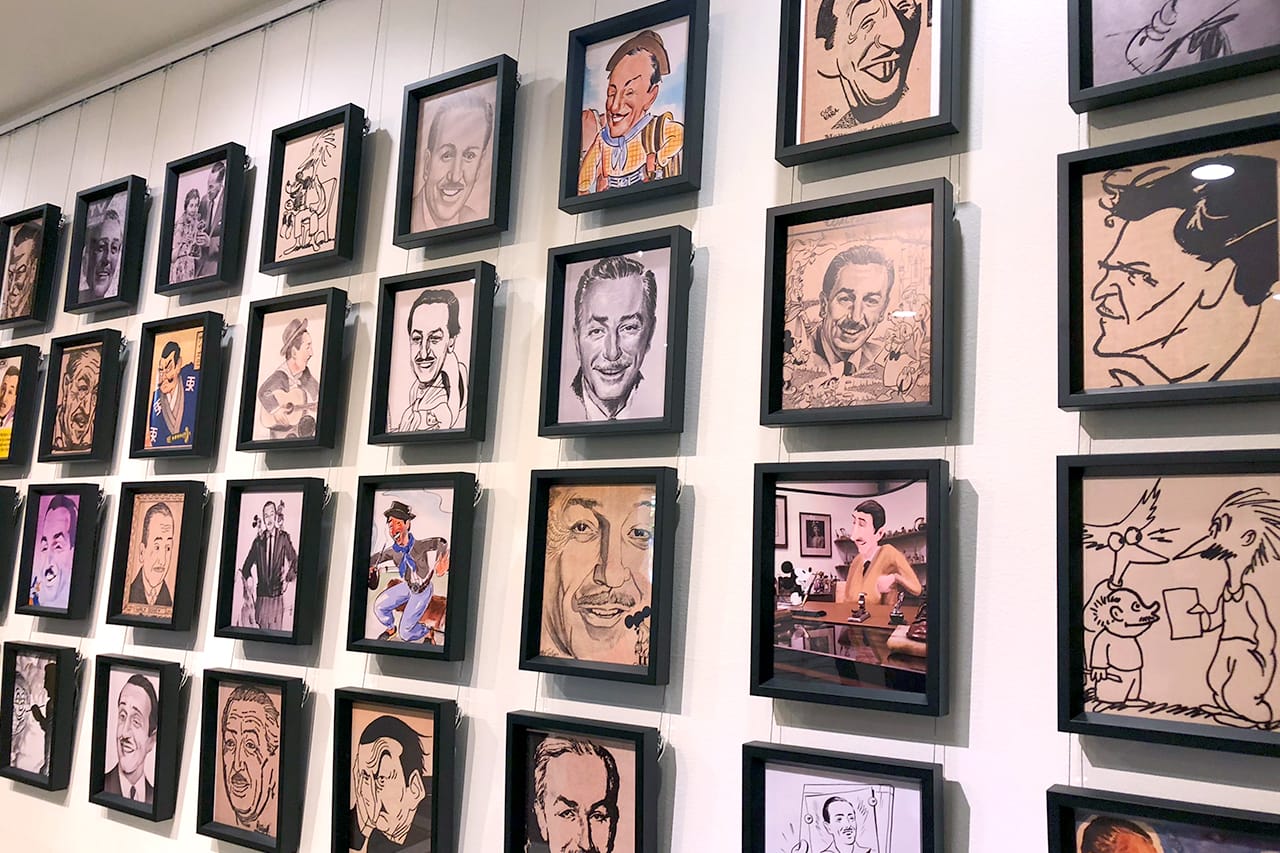 The last room of Walt’s suite was rarely used by Walt himself. It was intended to be a place to stay overnight when needed, but was more often used by his children to play in or do homework. It features rotating exhibits. Currently, the room is filled with portraits done by artists from all over the world when Walt Disney passed away.

Visiting the Studio lot itself is incredible, but having the opportunity to step into Walt’s office exactly how he left it was an honor. Currently, tours for Walt’s office are only available via a Disney employee lottery or through special ticketed events a few times a year for D23 members. Exclusive studio tours are also available through Adventures By Disney. It’s an unforgettable experience for any Disney fan!

[…] Why it matters: Walt Disney’s “Snow White and the Seven Dwarfs” was the first animated feature, and it helped build the cultural and financial behemoth that the House of Mouse is today (I mean, the Disney headquarters in Burbank, California is literally held up by the Seven Dwarfs). […]