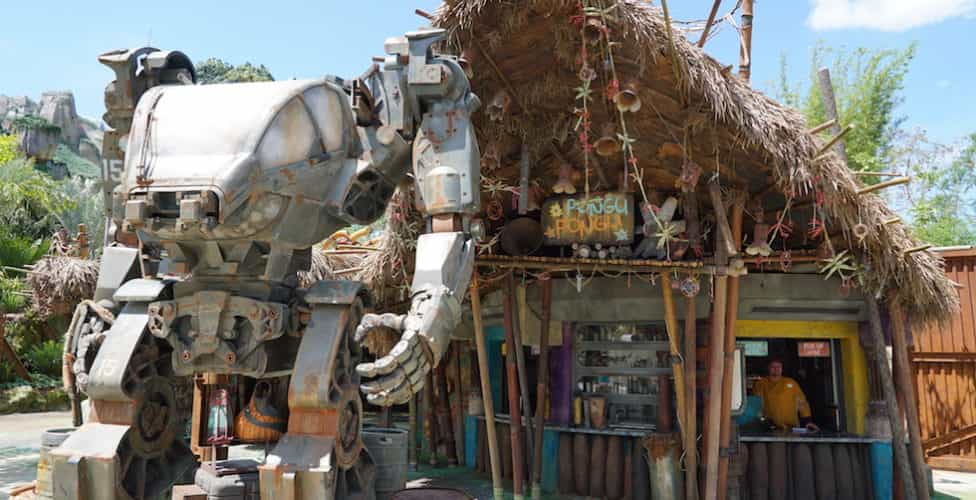 Take an inside look at Pandora – The World of Avatar, as we were among the first members of the media allowed inside.

We were able to take a special preview tour of Pandora – The World of Avatar at Disney’s Animal Kingdom today, and we have your first expansive look inside the detailed new land.

When it opens May 27, 2017, Pandora will give guests the chance to explore a world of bioluminescent rainforests, floating mountains and soaring Banshees. In collaboration with filmmaker James Cameron and Lightstorm Entertainment, Disney has brought to life the fantasy world of Pandora, inspired by Cameron’s film “Avatar”.

There are two main rides for guests to discover:

Avatar Flight of Passage sends guests on an adventurous ride flying above the jungles of Pandora on a mountain Banshee. We weren’t allowed to film on this ride, but we were able to film the detailed queue.

Na’vi River Journey is a family-friendly boat ride that sails down a sacred river hidden within a glowing rainforest for an encounter with a Na’vi Shaman. Here are highlights, a full ride-though and a look at the queue.

Hungry adventurers can recharge at Satu’li Canteen, the main dining location in Pandora:

Shoppers can stock up on Na’vi cultural items, toys, science kits and more inside Windtraders.

Be sure to check out the May 4, 2017 episode of Attractions Magazine: The Show for more inside Pandora, including interviews with some of the creative cast members and Imagineers who brought the land to life.

Thanks for sharing! Can’t wait to experience it for myself!