To continue the celebration of the newly-opened Toy Story Land at Disney’s Hollywood Studios, Disney is “playing big” with an elaborate domino maze that you’ll have to see to believe. 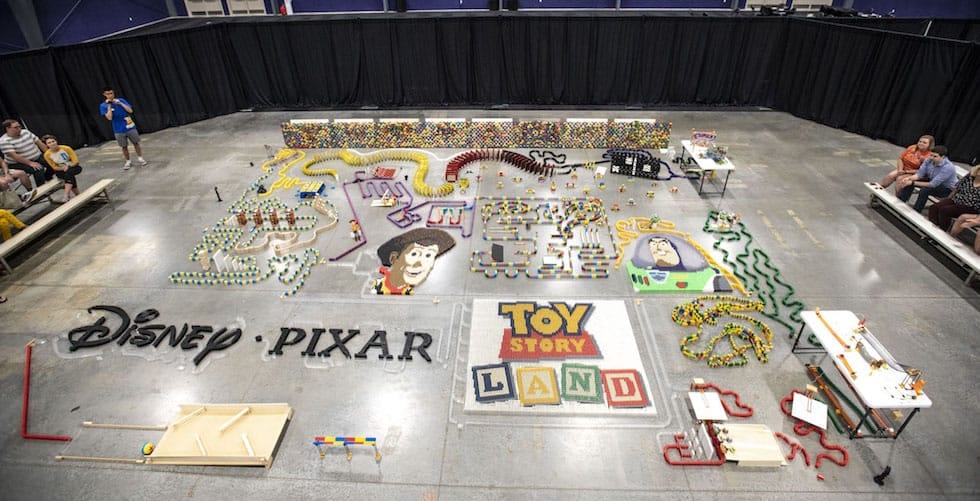 This massive domino structure is made up of 32,000 dominoes!

The Toy Story Land-inspired maze is comprised of 32,000 dominoes that feature a series of complex chain-reactions, tricks and special effects with classic toys you’re sure to recognize. 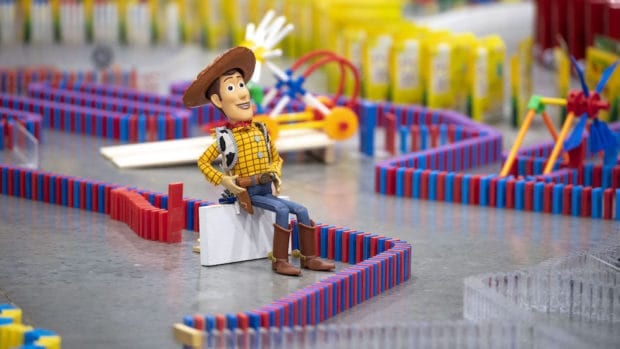 This domino creation was built freehand inside the arena at ESPN Wide World of Sports Complex, and features Pixar character domino murals of Woody and Buzz. 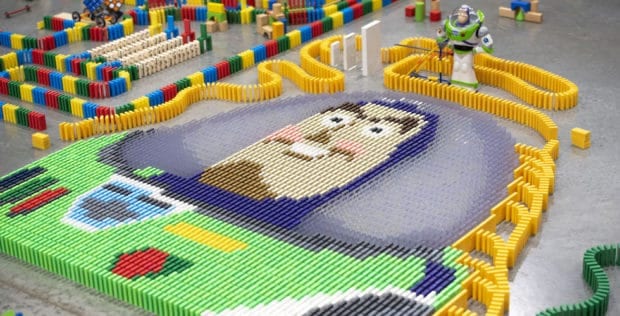 Lead domino artist and YouTuber Lily Hevesh started the chain reaction by rolling the iconic Pixar ball into the first few dominoes. It took Hevesh and a team of four other builders almost a week to set up the structure, and less than five minutes to knock it all down.

Check out the video of the display, as well as its destruction, below:

2013 Hyperspace Hoopla, Dance-Off with the Star...