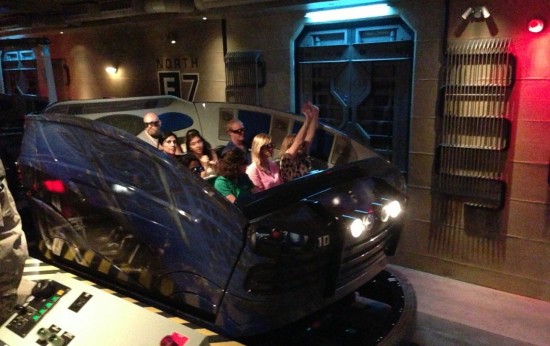 We’ve been preparing for battle for months, now the time has come help defend the Allspark and save the world as Transformers: The Ride – 3D has started its technical rehearsals (AKA soft openings) at Universal Orlando.

Technical rehearsals generally happen for weeks before a grand opening and randomly occur unannounced. That means the ride can close at any time during the rehearsal. There’s no promise the ride will be open if you’re at the park between now and the grand opening on June 20, but keep your eyes out and you may be lucky enough to ride Transformers before it’s officially open to the public.

Transformers: The Ride – 3D is an immersive, thrill ride that blurs the line between fiction and reality. As a NEST recruit, you’ll find yourself on the front lines of an intergalactic war between the Autobots and Decepticons. You’ll fight alongside Optimus Prime and Bumblebee, trying to keep the Allspark from falling into enemy hands. The ride system is similar to The Amazing Adventures of Spider-Man ride in Universal’s Islands of Adventure.

Here’s a detailed walkthrough of the queue and brief onride look at Transformers: The Ride – 3D:

Here’s a photo gallery from the soft opening day:

Attractions – The Show – May 30, 2013 – Antarctica at SeaWorld, New Shows at Disneyland and more

Universal Orlando’s CityWalk to open May 14...