Last summer at the 2017 D23 Expo, plans were revealed for a Tron coaster-style attraction to be added in Tomorrowland at Magic Kingdom in Walt Disney World. Today, the Disney Parks Blog has given a first look at a new themed billboard for the attraction. 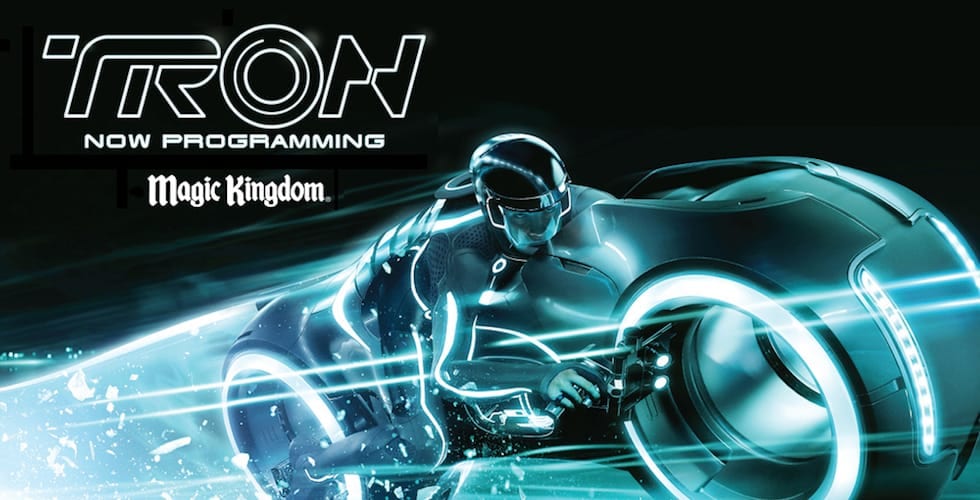 The new Tron billboard found in Magic Kingdom. You can see it from Storybook Circus.

This new billboard for Tron features a character on a blue lightcycle, and is now visible from Storybook Circus. The attraction will occupy an entirely new area next to Space Mountain, and as the park prepares to welcome the ride, other attractions will require some modifications as construction kicks into high gear.

First, the Walt Disney World Railroad will temporarily pause its grand-circle tours of Magic Kingdom and reside in Main Street Station starting December 2018. During this time, however, guests can get an up-close look at the railroad and take one-of-a-kind photo opportunities.

The Tomorrowland Speedway will close for a time in 2019, in order to adjust the attractions’ track. It will reopen as the same attraction that guests know and love in the summer of 2019.

Magic Kingdom’s Tron coaster, which is set to open in time for Walt Disney World’s 50th anniversary in 2021, is based on the TRON Lightcycle Power Run at Shanghai Disneyland. 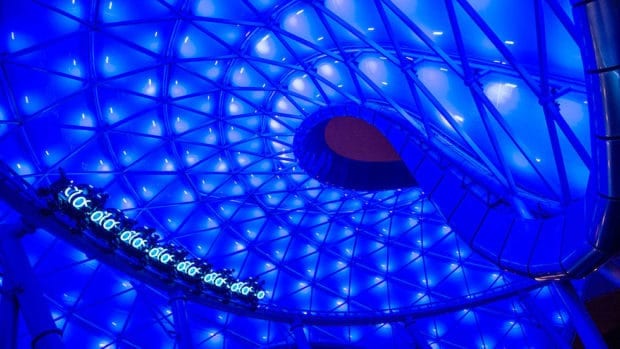 This coaster-style attraction lets riders board a train of two-wheeled Lightcycles for a race through the digital frontier. The ride debuted on Shanghai Disneyland’s opening day and very quickly became a guest-favorite at the park.

Check out our nighttime POV of TRON Lightcycle Power Run at Shanghai Disneyland below: