Unique views of Disney from the Grand Cypress Resort

I recently had a chance to spend a couple of nights at the Hyatt Regency Grand Cypress Resort, just down 535 from Apopka-Vineland Road. It doesn’t look as large as it really is from the road, but the place is huge and has many activities. But you can read all about that in our upcoming Aug./Sept. issue. This blog is about the spectacular views of Disney the hotel provides.

We stayed in a room on the 16th floor which overlooked the pool, and in the distance, all of Disney World. The picture above shows what you see with the naked eye. On the far right is the Magic Kingdom and on the far left is Hollywood Studios. (Click on any of these photos for a larger view.)

Here are some shots I took with the approximately 10x zoom on my camera. First day shots, then night.

The Swan and Dolphin with Animal Kingdom in the background.

The Magic Kingdom with the Contemporary Resort on the left.

The Illuminations show at Epcot.

The end part of Illuminations when the fireworks shoot in from all around the lake.

The Epcot show leaves quite a lot of smoke. 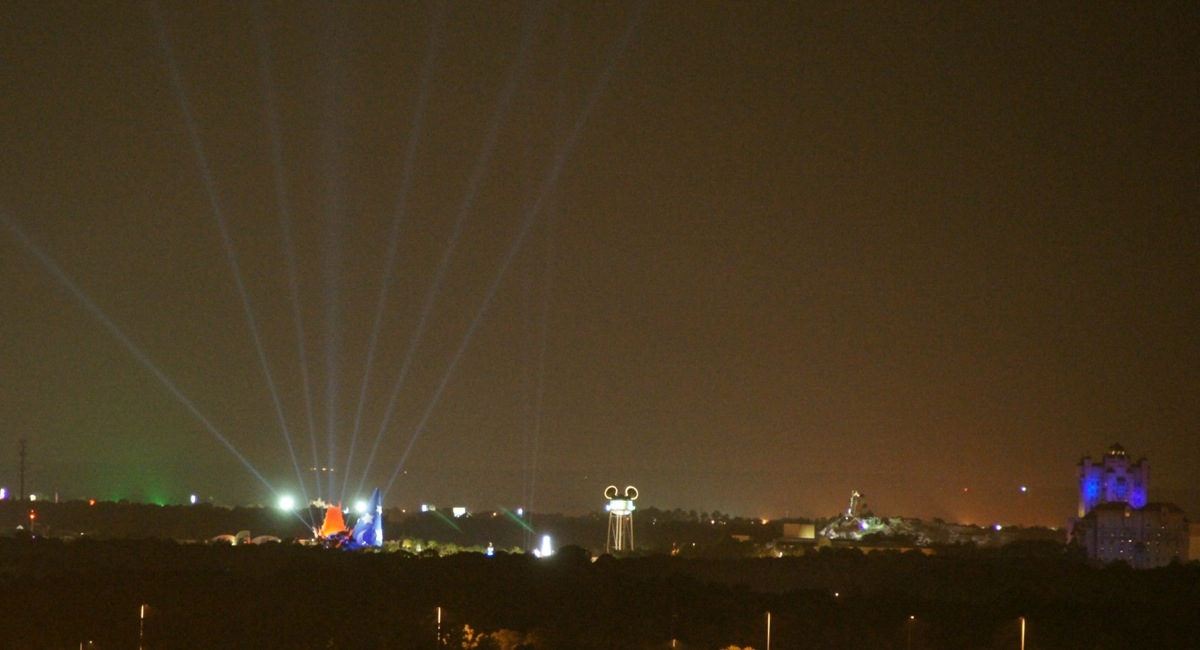 Wishes at the Magic Kingdom.

Look for more pictures like these and of the hotel in our Aug./Sept. issue and in our online Photo Gallery in August.

Awesome pictures, thank you! We stayed there a few years ago for a work trip, and loved the resort. Looking forward to the article! (great camera btw!)