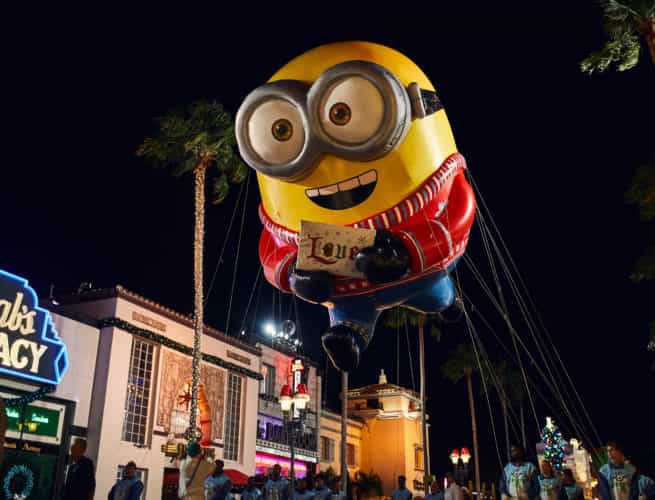 Universal’s Holiday Parade featuring Macy’s and the Minions will return on Nov. 17 for the 2018 Universal Orlando Holiday Celebration.

Harry Potter, the Grinch, and the Minions will once again celebrate the season in cinematic style when the 2018 Universal Orlando holiday festivities kick off on Nov. 17, running through Jan. 6, 2019.

Christmas in The Wizarding World of Harry Potter, Grinchmas, and the new Universal’s Holiday Parade featuring Macy’s will all return for the 2018 Universal Orlando holiday celebration, starting Nov. 17.

Christmas in the Wizarding World features the return of The Magic of Christmas at Hogwarts Castle projection mapping light show, which will play multiple times each evening in The Wizarding World of Harry Potter – Hogsmeade at Universal’s Islands of Adventure. Hogsmeade and Diagon Alley will both have festive décor, and serve hot Butterbeer. The Frog Choir and Celestina Warbeck and the Banshees will both sing holiday themed songs. 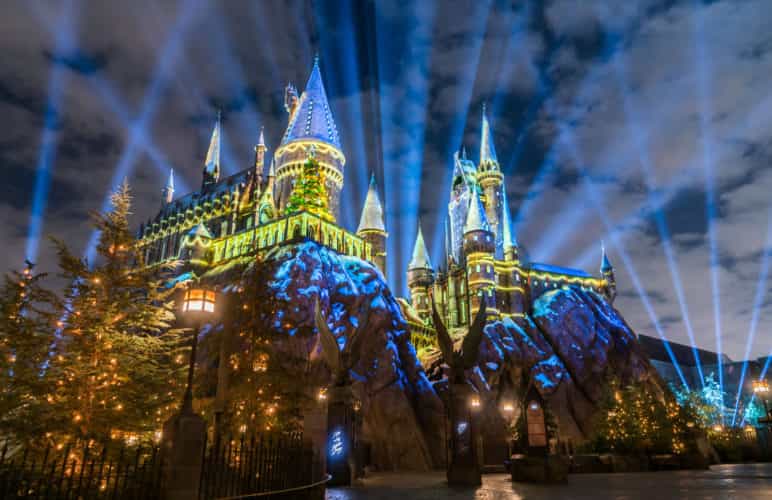 Universal’s Holiday Parade featuring Macy’s is returning to the streets of Universal Studios Florida. This parade stars the Despicable Me Minions, Shrek and Fiona, King Julien, and the Penguins of Madagascar, ending with a visit from Santa, wishing everyone a Merry Christmas.

Grinchmas is returning to Universal’s Islands of Adventure, where guests can the tale of the Grinch and help the Whos down in Whoville save Christmas during a live stage show. You can even start your morning off with breakfast with the Grinch himself (reservations required). Then stroll through Seuss Landing, all decked out for Christmas by the bustling Whos as they get their final preparations in order for Christmas. 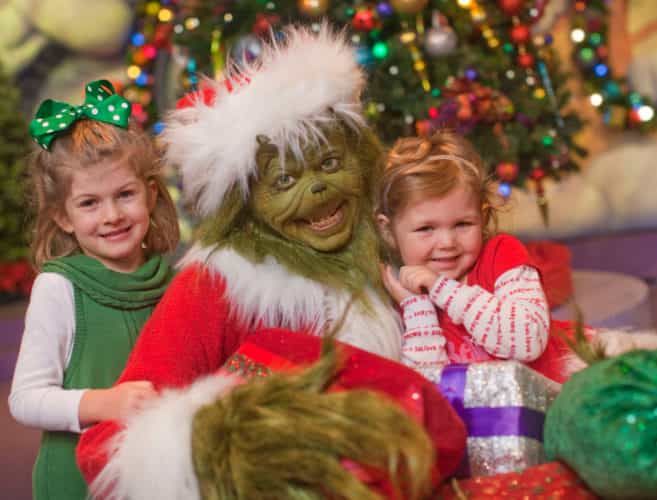 Mannheim Steamroller will be returning to perform live on the Music Plaza Stage. Their performances will take place on select night during the months of November and December. 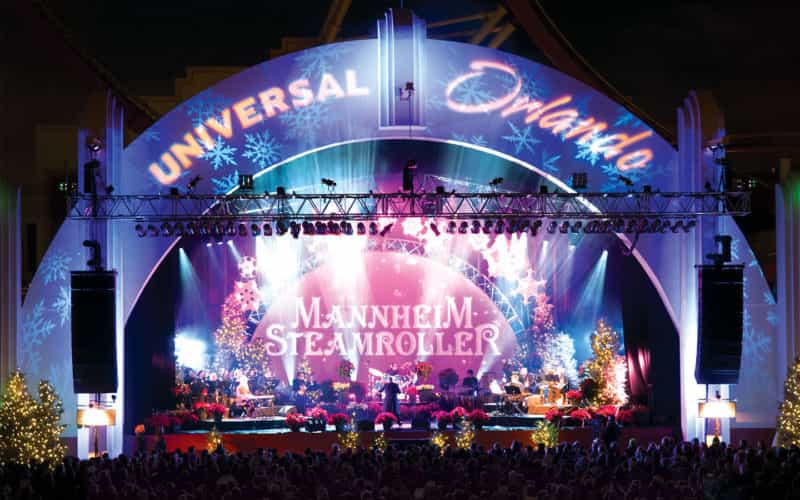 The on-site hotels at Universal Orlando will be festively decorated again this year. Each resort has décor specific to their location, providing a backdrop for family holiday photos. You can meet Santa Claus, watch tree lightings, and purchase special holiday treats at the hotels.

Universal Orlando is currently offering up to $100 savings on a “Holiday Stay and Play” vacation package, which includes 5-Night Hotel Accommodations, and 3-Park 5-Day Base Tickets to Universal Studios Florida, Universal’s Islands of Adventure and Universal’s Volcano Bay. Click here for full details and restrictions.

For more information or to book a vacation, visit universalorlando.com or our recommended travel partner universalfantravel.com, and watch these videos of past Universal Orlando holiday celebrations:

The Wizard of Oz Train Ride arrives in Tavares this June