Even though two attractions just opened recently, Universal Orlando Resort is still continuing work on three upcoming projects. Here’s a look at their progress.  (As of Aug. 28, 2016)

Located in the building that Twister: Ride It Out once resided in, Race Through New York Starring Jimmy Fallon will give guests the full “Tonight Show” experience as they’re transported to Studio 6B to race against Jimmy in a crazy adventure that only he could imagine. 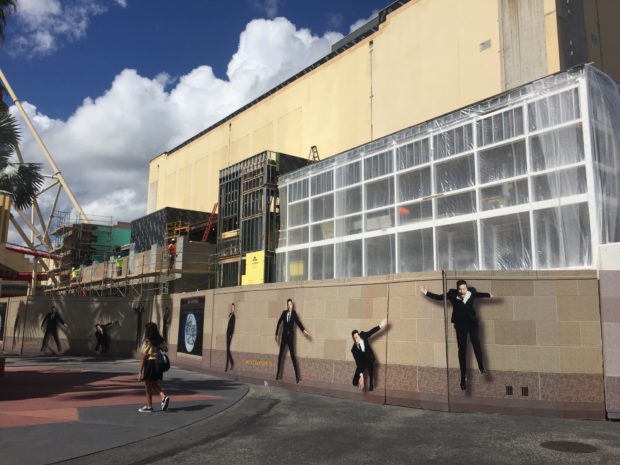 Work continues on the exterior of the attraction, which looks to be recreating the iconic NBC Studios Rainbow Room entrance facade from New York City. The attraction is slated to open next year. 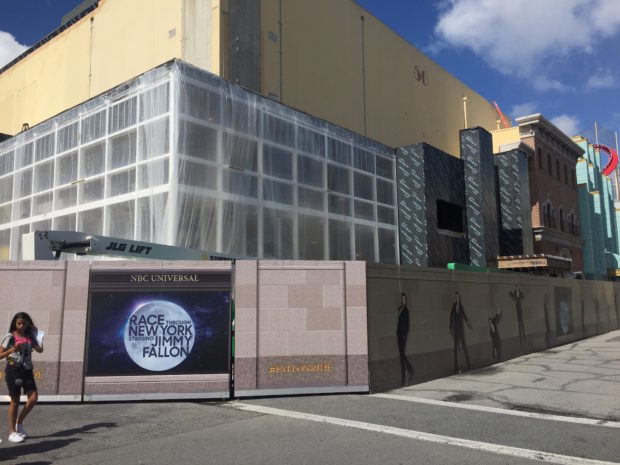 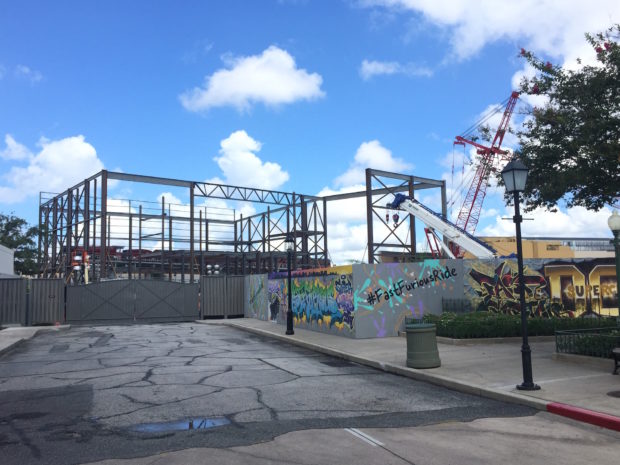 Located on the site of the former Disaster attraction and Beetlejuice show, Fast & Furious: Supercharged will be a high-octane journey that fuses an original storyline and ride technology with everything that fans enjoy about the films. It will be based on the version of the experience currently open on the Studio Tour at Universal Studios Hollywood.

As you can see in the photo above, steel framing for the show building has risen high, and not much else. The attraction still has a ways to go, it’s scheduled to open at Universal Studios Florida in 2018. 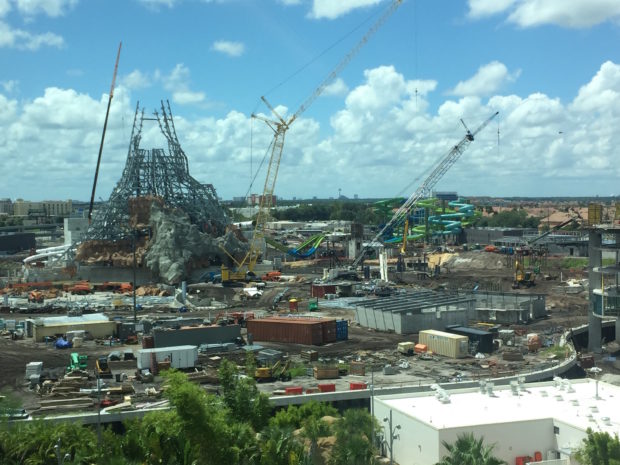 Universal’s Volcano Bay is said to be an innovative water theme park where a lush, tropical oasis unfolds before you,  transporting you to a little-known Pacific isle. In the distance, a colossal volcano rises above a sparkling beach, boasting  waterfalls by day and blazing lava by night. 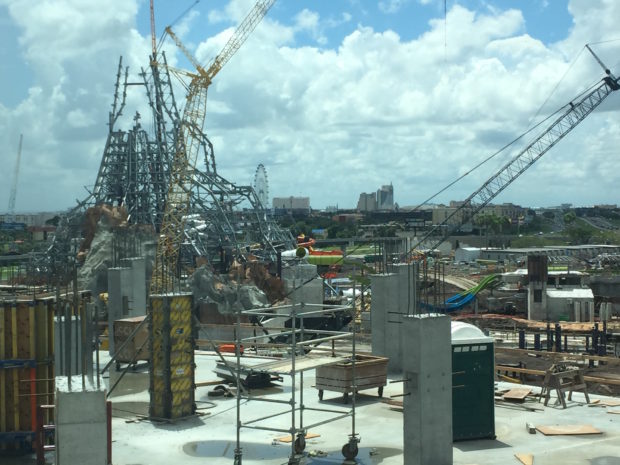 The water park’s centerpiece, Krakatau, continues to rise high in the sky. When it’s finished, it will stand 200 feet above the park and feature several slides inside and around it. 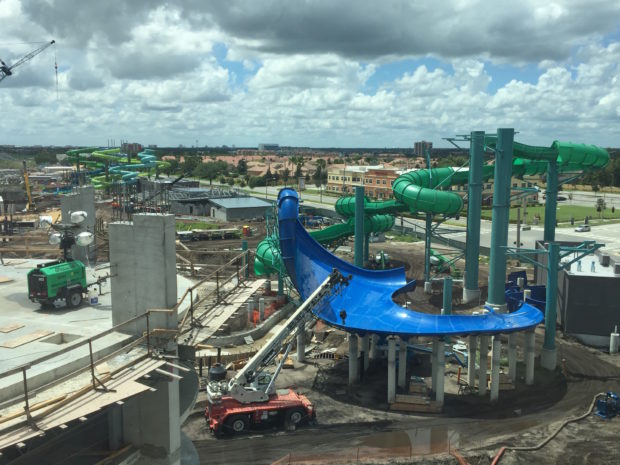 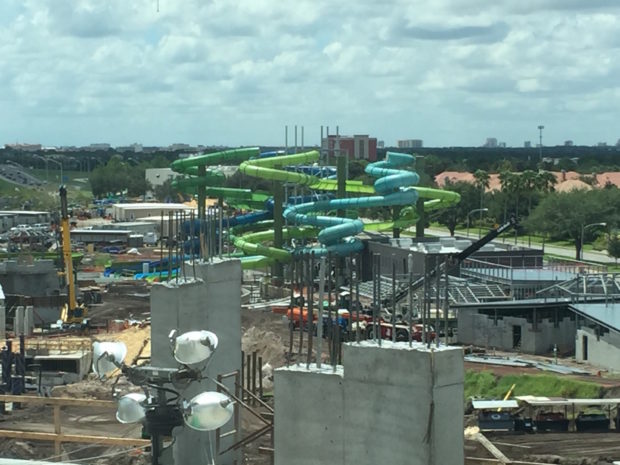 A few water slide towers are scattered around the property, with some slides seemingly finished and some still missing pieces. When it opens next Summer, Volcano Bay will feature four themed areas to explore. Wet ‘n Wild is closing at the end of this year. 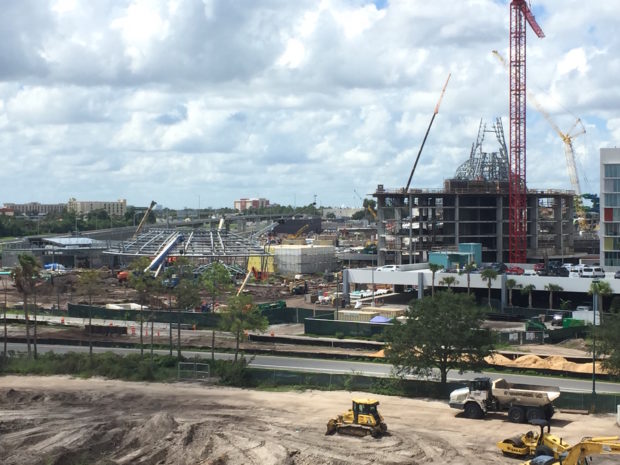 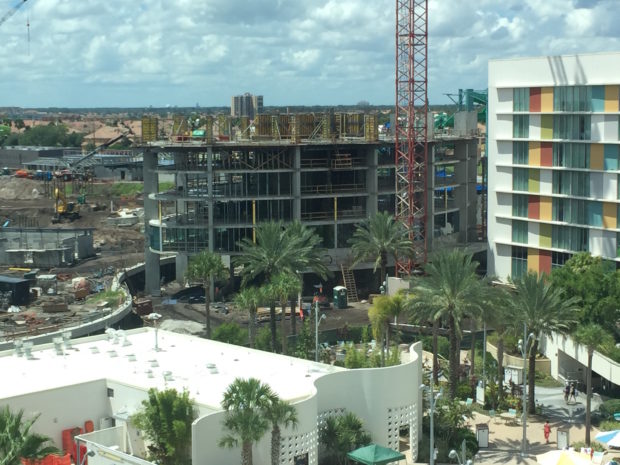 Also under construction next to Volcano Bay are two new tower expansions for Universal’s Cabana Bay Beach Resort, scheduled to open in 2017.

Prop Culture is our culture – The...