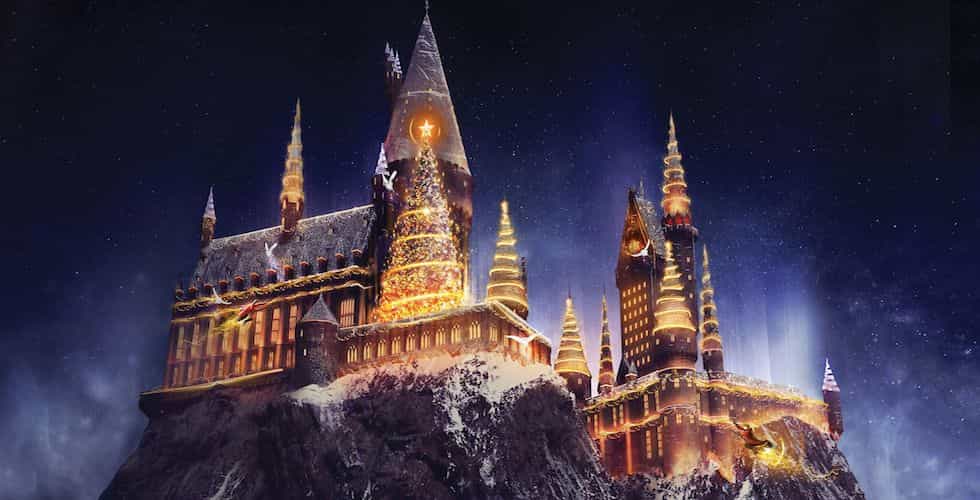 Christmas in The Wizarding World of Harry Potter is one of the many holiday offerings coming to Universal Orlando Resort.

Starting Nov. 18, Universal Orlando Resort will be taken over with holiday cheer during its resort-wide holiday celebration. Guests of all ages will get to enjoy the holidays at the resort with more dates than ever before.

Universal Orlando’s Holidays celebration will run every day from Nov. 18 through Jan. 6, and will include the following:

Christmas in The Wizarding World of Harry Potter

For the first time ever, Christmas is coming to The Wizarding World. Guests will get to see unique themed decorations, lights and garlands as they explore the streets of Diagon Alley and Hogsmeade. Guests can indulge in themed food and enjoy holiday performances from Celestine Warbeck and the Banshees as well as the Frog Choir. When day turns to night, Hogwarts Castle will be lit up with projection mapping and lighting to bring holiday moments inspired by the Harry Potter films to life.

Guests will get to see the Grinch’s heart grow three sizes in a live retelling of Dr. Seuss’s classic tale in the “Grinchmas Who-liday Spectacular.” Watch as the Whos from Who-ville bring the meaning of the holidays and Grinchmas to life throughout Seuss Landing at Universal’s Islands of Adventure. Guests can also reserve a festive character breakfast featuring the Grinch and his friends on select dates.

Universal Orlando is partnering with Macy’s for a brand-new parade in Universal Studios Florida. This holiday parade will feature more than a dozen new balloons and over 15 floats that are all designed exclusively for Universal Orlando. The parade will also include appearances by the Minions and other characters from “Despicable Me,” “Shrek” and “Madagascar,” as well as the big man himself – Santa Claus.

All five of Universal Orlando’s hotels will have festive decorations and activities like tree and menorah lightings, as well as Thanksgiving, Christmas and New Year’s Eve buffets.

To celebrate the coming of 2018, guests can dance the year away at EVE, Universal CityWalk’s New Year’s Eve celebration. Guests can dance on the largest dance floor in Orlando, enjoy live entertainment and endless food and signature drinks. Tickets for EVE will go on sale soon.

New shows, fireworks, and more are coming to...

A Universal Christmas jingles its way into Universal...

2020 Epcot International Festival of the Arts...