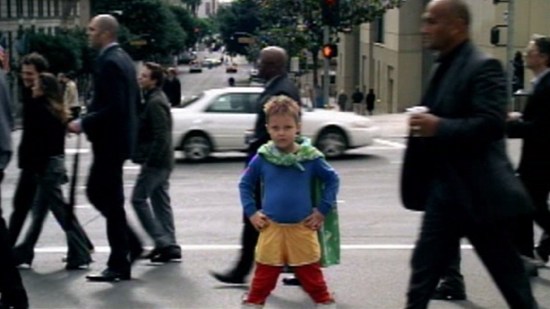 Universal Orlando is promising to “make theme park history” with a Super Bowl commercial this Sunday featuring an “unprecedented offer” that is a “once in a lifetime opportunity”.

A sneak peek at some scenes from the commercial show a kid dressed up in a homemade superhero costume running around a city full of business people. It says millions will be asking themselves, “Am I the kid in the cape?”

We have no idea if the offer will really be something exciting or just overblown by their PR people. But you may want to check it out as they’re saying the full commercial will only play the one time during the Super Bowl.

Stars in the Parks: Daisy Fuentes at Busch Gardens

You can own a full-sized replica of...