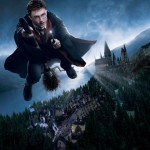 The Lakeland Ledger newspaper covered a recent meeting of Central Florida Vacation Rental Managers Association. The guest speaker was Sarak Holt, sales coordinator at Universal Studios Orlando. In the meeting she reveled a few new facts about The Wizarding World of Harry Potter.

She told the group they were the first to hear about a Frog Choir that will perform five times day in the park. She also said that Butterbeer, previously thought to be only non-alcoholic, will also come in an alcoholic version.
(Editor’s note: Universal officials have corrected the quote from the newspaper, saying there will not be an alcoholic version of Butterbeer.)

More from the TheLedger.com

“You’ll go on this great journey specifically designed for this part of the park,” Holt said. “It’s ground-breaking, state of the art technology that will even surpass the Spiderman ride. If you’ve been on Spiderman, you know that’s pretty big.”

The theme park will host the Three Broomsticks restaurant and the Hog’s Head Pub, where Holt said guests can buy “very old liquor, and we’ll have animated hog’s heads on the wall that will interact with you while you drink your old beer. The Butter Beer is going to be non-alcholic. However, you can go into the Hog’s Head Pub and ask for the alcoholic version.”

The Rumor Queue: Why ‘Scream’ was cut...