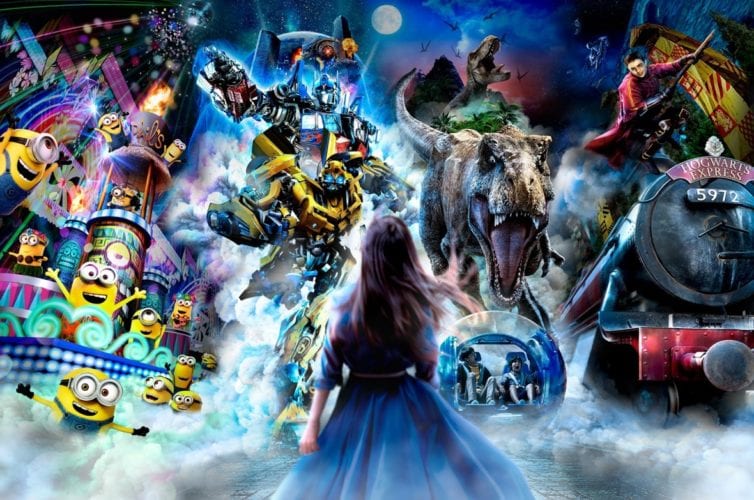 Harry Potter, Minions, Transformers, and Jurassic World will unite in 2018 for the ‘Universal Spectacle Night Parade’ at Universal Studios Japan.

Universal Studios Japan will debut Universal Spectacle Night Parade – Best of Hollywood in 2018, which will celebrate Harry Potter and other favorite characters with “world’s first” next-generation elements that promise to “revolutionize” the traditional parade-watching experience.

Park guests will be completely enveloped and fully immersed in this brand new parade, which incorporates projection mapping visible to all guests along entire 587-meter parade route, as well as projection mapping on parade floats themselves. The floats the also utilize wireless technologies to time their location within the parade in real time which synchronize visual and audio elements throughout the entire parade route. Film-quality lighting, a cinematic score, and performances by live entertainers will complete the production.