‘Christmas in The Wizarding World of Harry Potter,’ ‘Grinchmas’ bring in the festive season at Universal Studios Hollywood 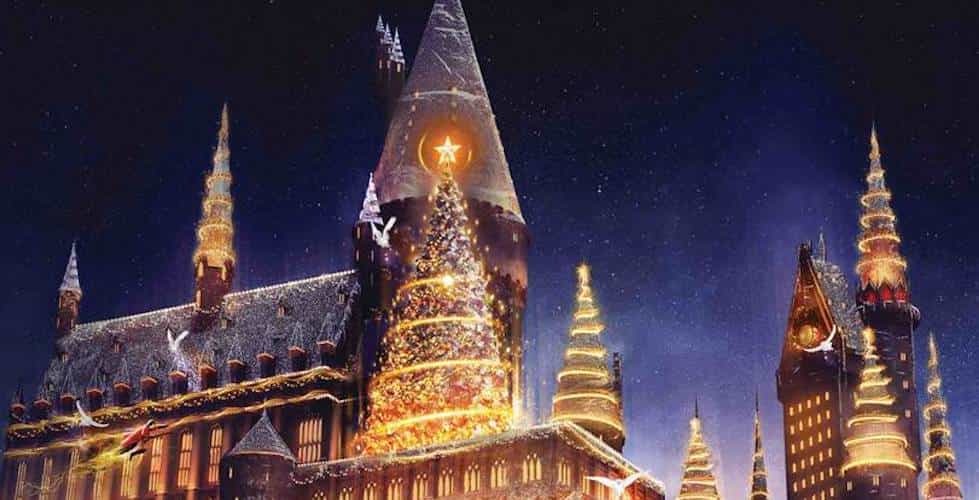 The holiday season will be full of family fun at Universal Studios Hollywood.

The most wonderful time of the year will be a little more wonderful as Universal Studios Hollywood celebrates the holiday season with an array of offerings that families are sure to enjoy.

The all-new “Christmas in The Wizarding World of Harry Potter” will transform Hogwarts Castle into a light projection nighttime spectacle, as Hogsmeade Village will be decorated appropriately for the season.

The a-capella Frog Choir, made up of Hogwarts students and their frogs, will perform a new set comprised of all-new holiday themed songs from the Wizarding World. A selection of newly custom-made Christmas ornaments will also be available this season, created specifically for the Wizarding World.

Some of the ornaments will include decorative Hogwarts castle snow globes, Hogwarts mascot and crest ornaments to represent each house, as well as a collection of tree toppers and a house pennant garland.

Holiday-themed food and beverages will also make their debut alongside the seasonal return of hot Butterbeer, as “Christmas in The Wizarding World of Harry Potter” will take place daily from Nov. 24, 2017 through Jan. 7, 2018.

“Grinchmas” will also return this year, with plenty of Who-bilation to make even the Grinch’s heart grow three times its size. The annual event will bring a 60-foot-tall “Grinchmas” tree, where Martha May Who-vier and the Who Dolls will perform musical sets to bring in the Christmas season. The Who-liday Singers, a boy-band ensemble, will perform nightly a-capella concerts with an assortment of pop rock and Christmas tunes.

The rest of the park will also be feeling the holiday spirit, as it is completely decked out in holiday décor, including a 40-foot-tall Christmas tree covered in 200,000 lED icicles synchronized to the lights and sounds in the 5 Towers plaza. Santa Claus will also make nightly appearances and join guests for photos in the area.

The holidays at Universal Studios Hollywood is included with regular admission to the park. For more information on seasonal offerings in the park, visit UniversalStudiosHollywood.com.

Check out the previous projection show in the Wizarding World at Universal Studios Hollywood, “The Nighttime Lights at Hogwarts Castle,” below:

Get a behind-the-scenes peek with SeaWorld Orlando’s...