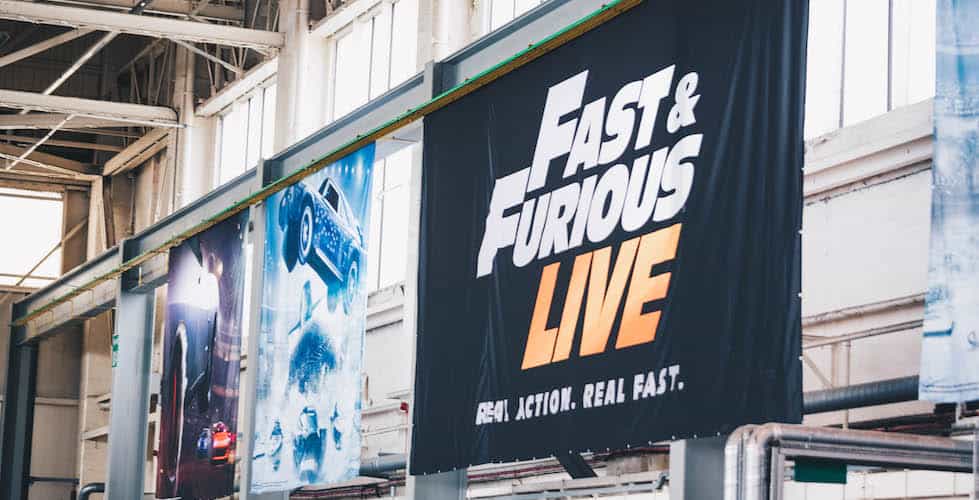 “Fast & Furious Live” will travel through Europe on the first leg of their global tour.

“Fast & Furious” fans should Buckle up, because the beloved film saga is racing from screen to stage with “Fast & Furious Live.” The action-packed film series will come to life on stage in a live stunt show, and will premiere in London at the O2 on January 19, 2018 before traveling through Europe on the first leg of their global arena tour.

“It’s been years in the making, and we are beyond excited to finally show fellow fans what we have been creating in order to bring ‘Fast & Furious Live’ to the global stage,” said Rowland French, Creative Director and Executive Producer. “With this mix of extraordinary stunts, special effects, cutting-edge 3D projection mapping – as well as drivers pushing their own limits – every performance will create an unforgettable experience for the live audience. Twenty-three cities across 14 countries is just the beginning.”

The adrenaline-pumping, two-hour-long show is expected to be a huge spectacle, and feature precision performance driving as well as newly-created, physics-defying stunts. With cars from the films and locations from across the globe, as well as memorable scenes from the movies – created with 3D projection mapping – “Fast & Furious” fans will be immersed right into the world of the movies they love.

“‘Fast & Furious Live’ will allow audiences worldwide to experience the extreme action sequences from the franchise through an authentic live experience,” said Vince Klaseus, President of Universal Brand Development. “With this live show, we are redefining fan access and bringing audiences closer than ever to their favorite movie moments.”

Fans will get to see many original cars from the “Fast & Furious” franchise, as well as exact replicas, including Dom’s Dodge Charger and the flip car from “Fast & Furious 6.” The show will also feature stunt performers and drivers, as well as parkour athletes as they perform automotive and live action stunts.

‘Christmas in The Wizarding World of Harry Potter,’ ‘Grinchmas’ bring in the festive season at Universal Studios Hollywood

Love it or hate it, Indiana Jones is...

‘The Bourne Stuntacular’ to host grand opening on...

Disney purchasing Marvel – What will this...