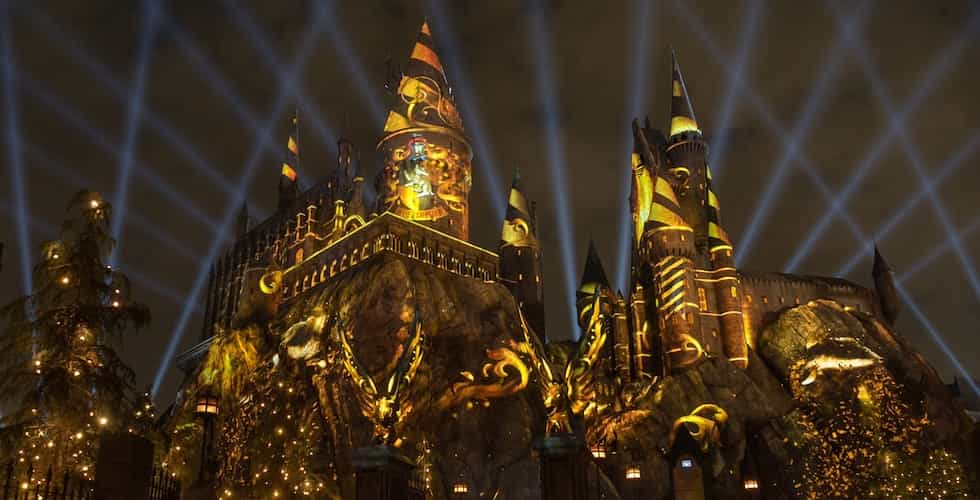 The Wizarding World of Harry Potter at Universal Studios Hollywood is about to be cast in a whole new light when its brand new nighttime show, “The Nighttime Lights at Hogwarts Castle,” which features light projections on the castle itself, opens on June 23.

This projection and light display is designed to dance and float across the castle. The show is accompanied with a special arrangement composed by Academy Award-winner John Williams, who composed scores for the film series.

The score for the nighttime show will be played in a surround sound environment, enveloping each guest and immersing them in the experience. The score was recorded by the London Symphony Orchestra in London, with arranger William Ross as the conductor.

“Nighttime Lights” will be performed in Hogsmeade Village multiple times throughout the night during its summertime run. Live rehearsal performances for annual passholders and limited guest previews will start in June to prepare for the June 23 opening date.

More information on the nighttime show can be found at unversalstudioshollywood.com. “The Nighttime Lights at Hogwarts Castle” opens at Universal Studios Hollywood on June 23.

Christmas in the Wizarding World of Harry...