The newest attraction at Universal Studios Hollywood doesn’t officially open until July 4, but we already have video to share of USH’s new “The Walking Dead” permanent walk-through maze. 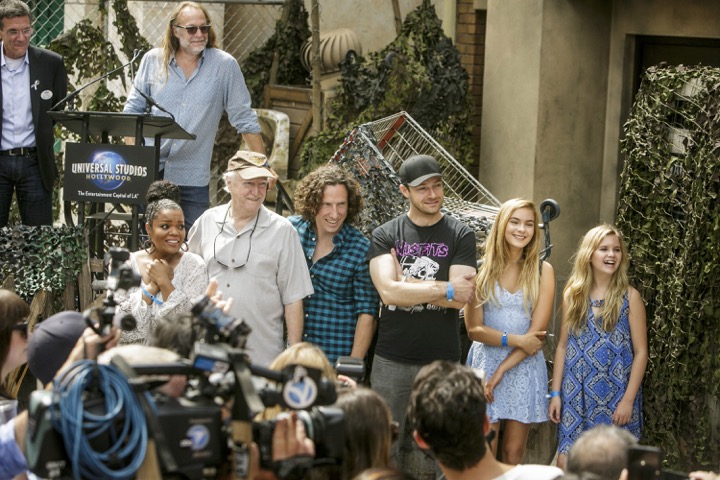 Universal Studios Hollywood has worked collaboratively with AMC’s “The Walking Dead” as a signature “Halloween Horror Nights” maze for years. This new venture takes the walk-through experience from a seasonal, limited time offering to an 365-day opportunity.

“‘The Walking Dead’ is a phenomenon that has successfully and consistently affected the psyche of viewers on a global basis since its debut,” said Larry Kurzweil, President of Universal Studios Hollywood. “We’re taking its authenticity to the next level by collaborating with the show’s award-winning production team to create a thrilling, living representation of the series that can only be experienced at Universal Studios Hollywood.” 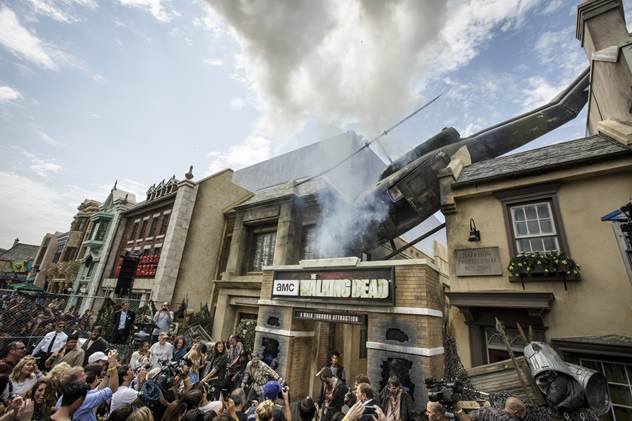 “After six years of working on ‘The Walking Dead,’ we have this great opportunity to take ‘The Walking Dead’ out of the studio, off the soundstage and into this amazing and truly one-of-a-kind attraction at Universal Studios Hollywood,” said Greg Nicotero. “Guests can now come face-to-face with live and animatronic Walkers that are indiscernible from the Walkers from the show. It’s very exciting, and I am thrilled to be a part of it.”

Coupled with authentic walker make-up effects, sophisticated animatronic walkers, substantially more detailed set design and costuming, and highly recognizable props replicated from the series, “The Walking Dead” attraction delivers an uncompromised realistic environment that brings guests even further into the most watched show in cable television history. “The Walking Dead” attraction is located within an entirely new, custom-built structure, situated within an expansive building complex just inside the theme park’s main entry. Due to the intense nature of this experience, the attraction is not recommended for guests under the age of 13.

Here is our full POV walk-through of the new attraction, followed by footage of the media preview event: