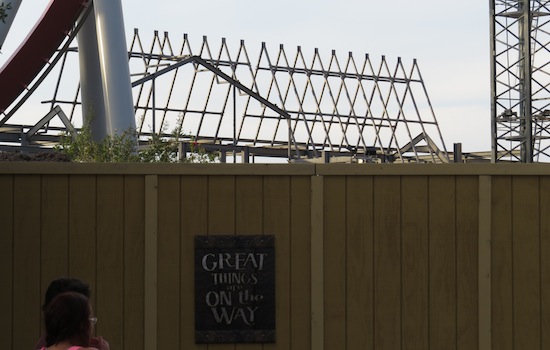 Universal recently sent out a survey asking former guests their opinions on some details recently announced about The Wizarding World of Harry Potter expansion.

Sean at Parkscope.net took part in the survey and shared a look at it on their site. The survey talks about the Gringotts attraction being “an innovative new 3-D thrill ride.” It was previously not known that the ride would be in 3D. The survey also mentions a summer 2014 opening date. All Universal had announced before the survey was a 2014 date.

The survey says the decision hasn’t been made final, but it is most likely that guests will need a two-park ticket to be able to ride Hogwarts Express. The survey also tells that “guests will enjoy a unique journey each way” as they travel between King’s Cross Station in Universal Studios, and Hogsmeade Station in Islands of Adventure.

You can read more details about the survey and see more screenshots over at Parkscope.