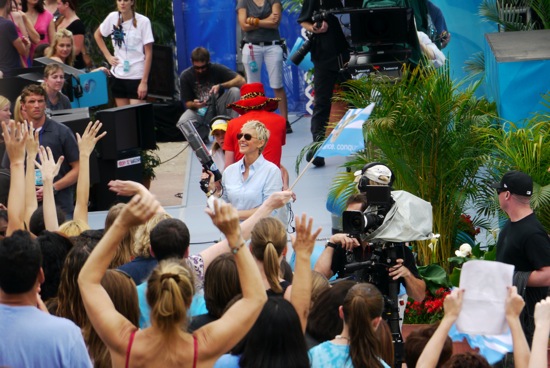 It was an interesting weekend at Universal Orlando. The highlight was the filming of The Ellen DeGeneres Show. Ellen was in Orlando to tape two episodes of her show, which will air on April 1 and 2, 2010. Above Ellen is shooting some T-shirts out to the crowd. On Saturday Ellen was spotted all around the two parks, including in The Wizarding World of Harry Potter, filming segments for her show. The two shows were recorded Sunday afternoon. 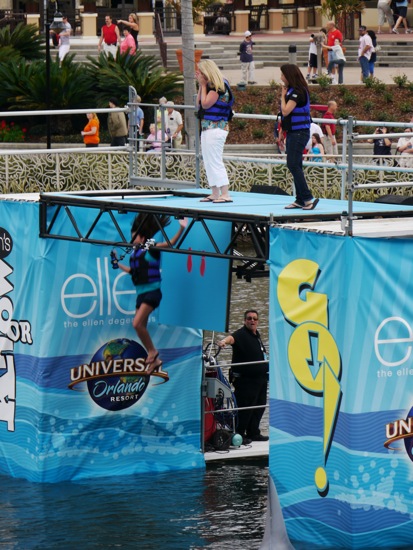 This platform could be seen in the lake in CityWalk. Ellen shot a special version of the game “Know or Go” here. As you can see, the girl on the left didn’t know the answer to the question, so she had to go – right into the lake. 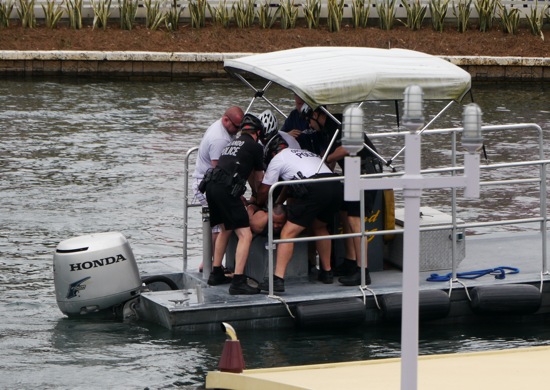 Just before the Know or Go game was filmed, some guy got the bright idea to swim across the lake towards Ellen’s stage. He was quickly pulled on this boat, and I assume, arrested. 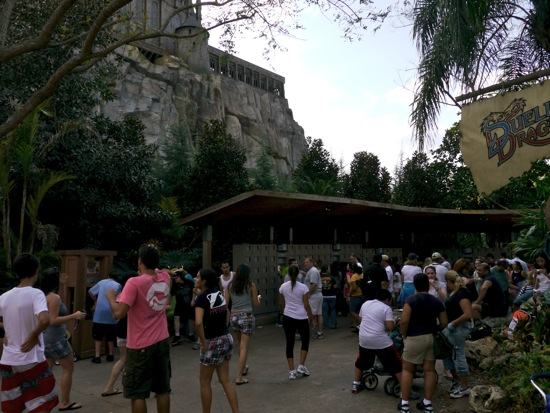 Not much new could be seen in The Wizarding World since our last update. But I did notice some new trees have been planted back here. I assume these will eventually block your view of Hogwarts from the Jurassic Park area. 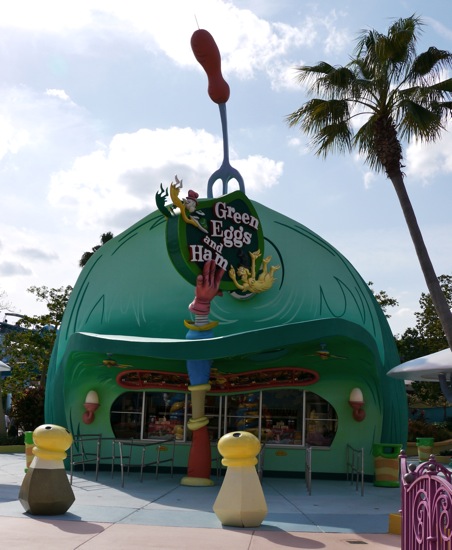 They’re trying to get everything in working order for the rush of guests this summer when The Wizarding World of Harry Potter opens. The Green Eggs and Ham restaurant in Seuss Landing hasn’t been open for years. And it wasn’t open on Saturday when I was there, but it looks ready to open any time now and I’ve read reports that it has been already. 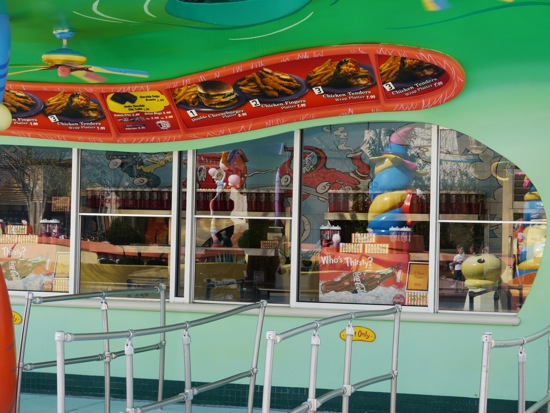 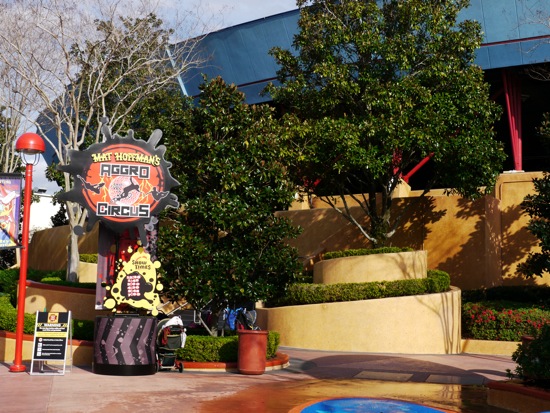 Another long dormant building is open again. Mat Hoffman’s Aggro Circus was taking place in the theater in Toon Lagoon. The BMX, Inline skate, skateboard and motorcycle show will be shown daily for the next couple of weeks, then return this summer for a month. 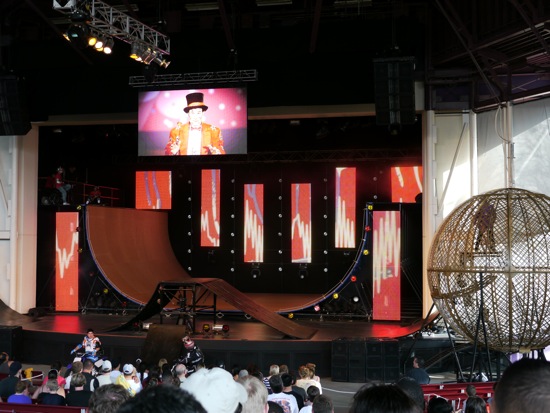 A similar show was performed in the theater about four or five years ago. Here’s a short video from part of the show. 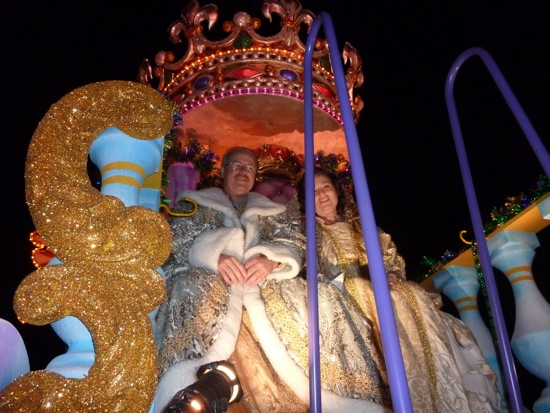 I had the privilege to be in the Mardi Gras parade in Universal Studios Saturday night. It was a blast throwing beads and coins to all the guests. I’ll write more about the experience at a later date. I was on the King and Queen float. This is my view of the king and queen as one of their royal subjects.