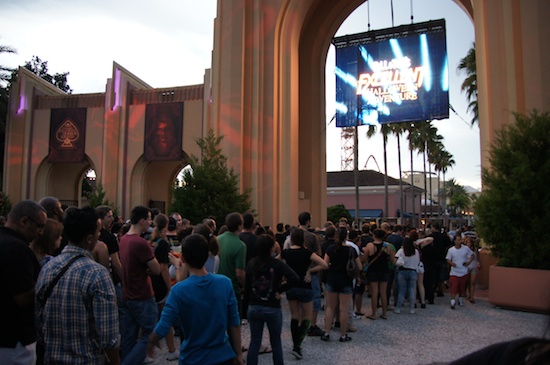 I attended Universal’s first ever Halloween Horror Nights Tweet-up last week and was lucky enough to win a ticket to their Team Member Advance Screaming last night. Here are some photos and video from the preview to give you a taste of the event this year. 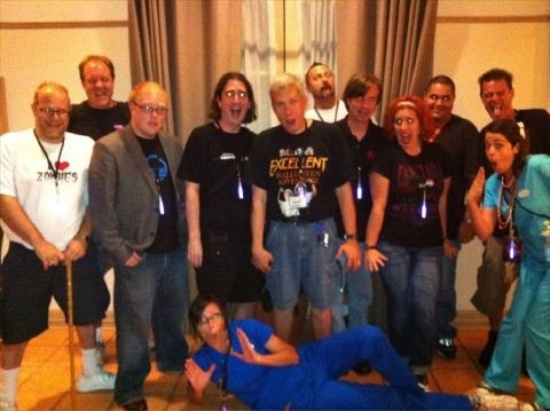 After our group of winners made it through the extra security that is set up for Halloween Horror Nights, we met in the VIP lobby above the ticket booths. Above is our group photo.

We made it through all the scare zones and haunted houses last night as part of our RIP tour, but we didn’t see Bill and Ted’s Excellent Halloween Adventure or the new Death Drums show. But we’ll be back for media night Friday to see it all.

I’m not going to give a break-down of all the haunted houses, but I will say they were all excellent. Favorites of our group include The Thing, H.R. BloodNGutz, The Inbetween and Nevermore. Expect to get wet in a couple of houses, and see it snowing in a couple of others. No photos or video are allowed in the houses.

Let’s take a look at the six new Scare Zones. Some were so dark and foggy that I couldn’t get any good photos with my iPhone. But we do have video of each zone and we’ll be back with our high-quality SLR camera on Friday. Also keep in mind that this was preview night, so all effects may not have been working. Plus they continually change and update everything as the event goes on each night. 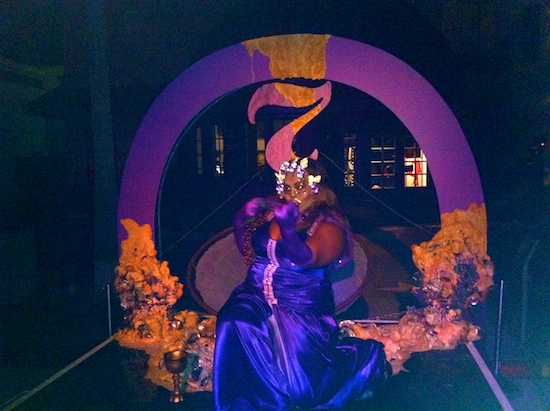 This is from the scare zone called 7. It’s the seven deadly sins. You can guess which one this is… 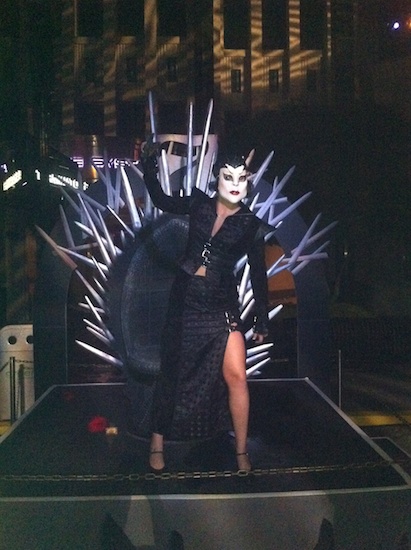 Another sin. The characters in this zone will change three times during the night as they get more and more engrossed by their sins. 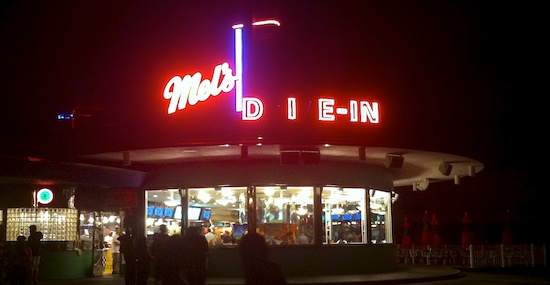 Mel’s Drive-In gets a new name during Halloween Horror Nights. 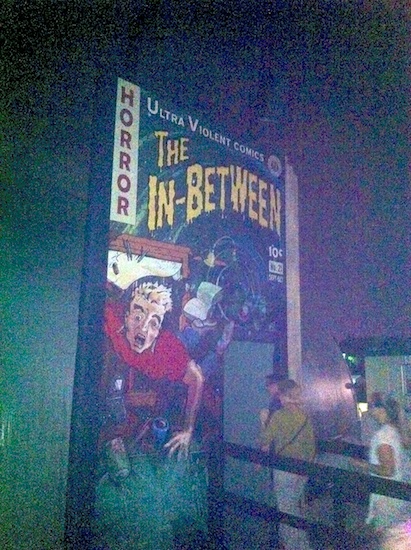 You enter a weird-science type comic book for The In Between house. It’s a trippy house made even weirder with the supplied 3D glasses. 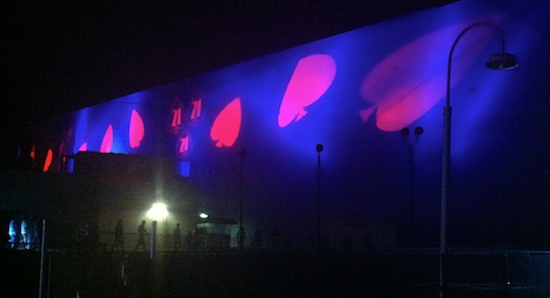 Special lighting can be seen around the park during the event. 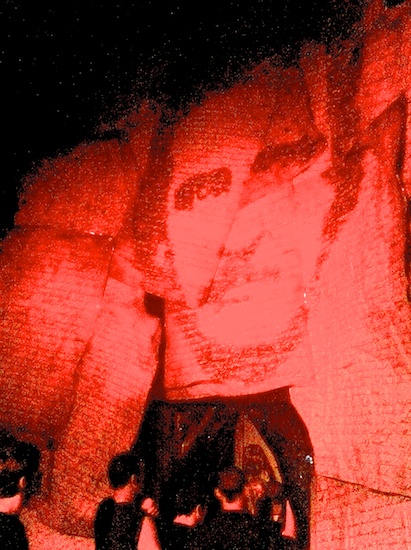 The neat-looking entrance to the Nevermore house. It’s a very detailed house that you’ll want to go through more than once. 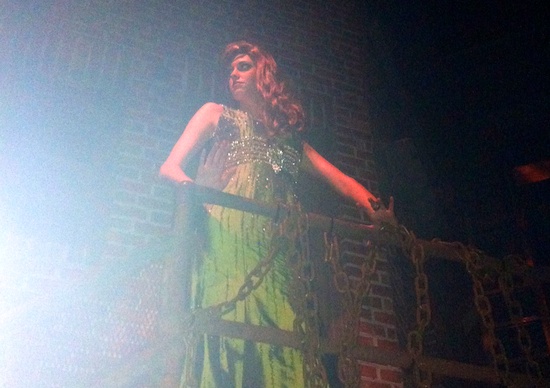 I saw a couple of different versions of Lady Luck in the “Your Luck Has Run Out” scare zone. The pretty ones were above… 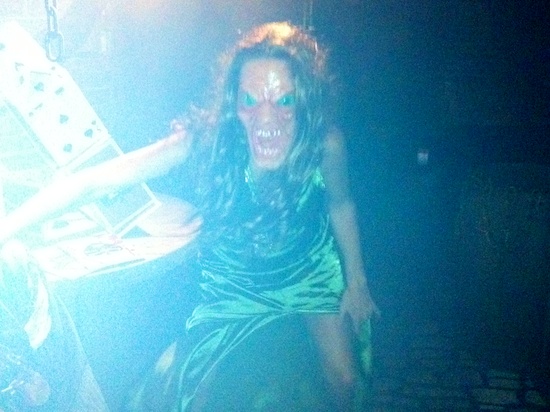 … and the ugly, scary ones were at eye level. 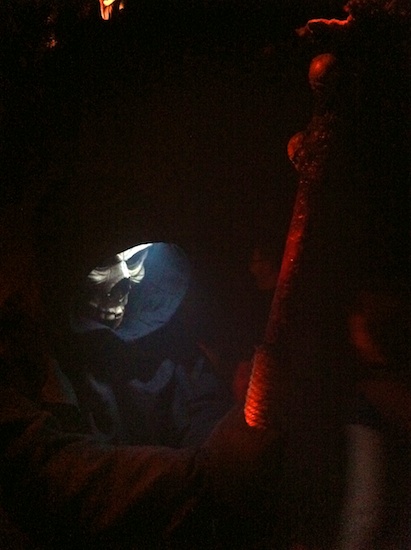 Death will find you in the Canyon of Dark Souls scare zone.

UPDATE: Universal just released this compilation of the houses, scare zones and entertainment at Halloween Horror Nights. This was recorded during the Advance Screaming:

One of three Death Drums shows performed each night:

This years Halloween horror nights was fantastic! My favorite house was the 3d haunted house followed by the winters night! They were amazing! All the banners were really nice and the displays and atmosphere was fantastic.