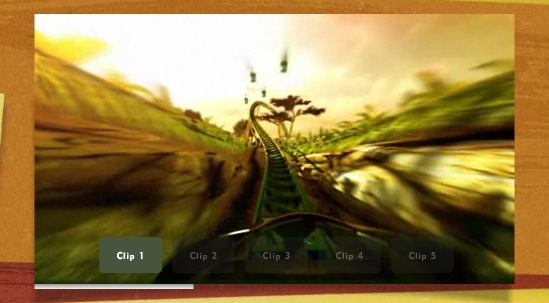 Amidst the latest round of rumors about the new attraction Busch Gardens is building for 2011, they’ve launched the next chapter. A teaser campaign that began early this summer now has fans searching for code words to unlock more information. This latest peek pretty much confirms the attraction will be a roller coaster.

Anyone who logs on to BuschGardens2011.com will have the opportunity to enter code words and unlock their first glimpse of the new attraction. Each week for the next five weeks, the site will offer another clue as to where to find the next code word. The first code word, “CHASE,” was shared on the park’s Facebook page.

Upon entering the code word, you’ll see a short point-of-view video of a coaster speeding along a green track which runs close to the ground (and dips below it) through Busch Gardens’ Serengeti Plain. Rumors say the coaster will be called Cheetaka and will also feature live cheetahs, but that hasn’t been confirmed yet.

The BuschGardens2011.com site launched in June with a series of short videos highlighting attributes of the new attraction – including speed, power and agility – which could also be accessed by guests with smartphones via QR codes on the park’s construction walls. In August, the site began featuring a series of video messages by Busch Gardens officials offering hints about the theme and scope of the project.

This third phase – the most interactive yet for fans – will lead up to the official attraction announcement, which is scheduled for mid-October.

Bier Fest returns for round two at...