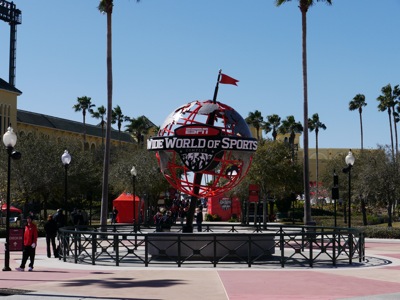 Top pros, aspiring amateurs, and fans are set to convene as the 2010 Major League Gaming (MLG) Pro Circuit debuts this weekend. The Orlando competition is the first of a five city U.S. Pro Circuit tour that will place the most talented players alongside their toughest opponents to culminate in a national championship event. The first event takes place April 16 to 18 at ESPN Wide World of Sports Complex at Walt Disney World.

This year, the organizers are bringing fighting games back to the competitive fold with Tekken 6, Super Smash Bros. Brawl and the popular Halo 3 FFA (free-for-all or individual) competition is also on deck for the 2010 season. The top FFA players from each event will be flown to the finals at the 2010 National Championships to compete for the $2,500 first prize.

Halo 3 is making its third season return to the Pro Circuit. Two-hundred and eight teams will compete in a three-day, double-elimination tournament. The Orlando competition will also feature home team favorites and league superstars Str8 Rippin, one of the best Halo teams in the world and one of the biggest success stories of the MLG Pro Circuit. Competing in the circuit will be leader Tsquared, one of Halo’s greatest and longest-standing players alongside teammates Snipedown, Heinz and Legit. Another strong contender on the Pro Circuit is Orlando-based, Sean ‘Legend’ Hinsinger. The 24-year-old led his former team, Classic, to second place at the 2008 Pro Circuit and is now heading up team Darkest Hour.

Eight winners from the 2010 MLG Doritos Pro-Gaming Nashville Combine will also compete at the Orlando event as part of their prize package. Included in the lineup is 17-year-old Ryan ‘a.reallygoodnoob’ Geddes from Zephyrhills, Fla. who wowed the MLG evaluators in Nashville and promises to be a home favorite at the Orlando competition.

Fans can purchase passes for the Orlando competition and interact with fan favorites during “Play-a-Pro” matches, and put their own skills to the test in exhibition matches. There will also be merchandise giveaways throughout the weekend. Full details about the event and the Pro Circuit are available at mlgpro.com/pro-circuit/2010. Passes can also be purchased onsite.