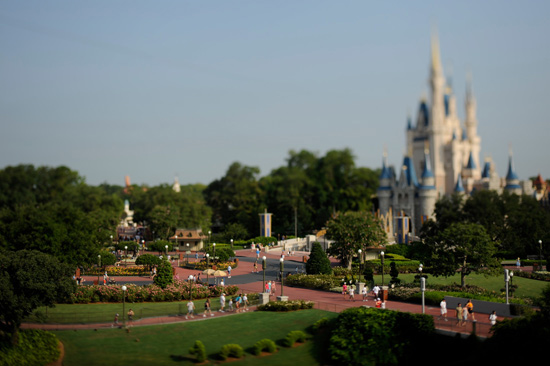 Here’s a very cool video from Disney’s official blog. The process used to create the video is called tilt-shift, or selective focus photography. This technique makes everything look miniaturized, as if they are miniature models instead of real objects. For the video, a series of photographs, taken one per second, were run together.

First up is the Magic Kingdom, but they’re already working on videos like this at the other Disney World parks. Epcot is next. You can visit their site to read a Q&A with cast member David Roark, who’s in charge of the project.

Disney-inspired comedy The Animatronicans opens May 18...