At around 4 p.m. today, Space Mountain at the Magic Kingdom reopened for the first time to guests since closing for refurbishment in nearly seven months.

Still in testing, the classic roller coaster remained open for roughly two hours before being shut down once again due to technical difficulties. Unfortunately, I didn’t have a chance to ride before it closed, but I did get to check out the updated queue, including the newly-added video games.

Before I give you my impressions, here’s a video that walks you through the enhanced queue, through the load area (which was being emptied at the time due to the sudden shut down), and past the updated post-show displays:

For anyone concerned that the addition of interactive games to Space Mountain’s queue would ruin the calm atmosphere, you need not worry. The first third of the queue still features the same fan-favorite “Star Tunnel” music as you walk by the warped star field “windows” on the right side. In fact, other than improved lighting throughout the queue, the right hand side of the area has largely remained untouched. 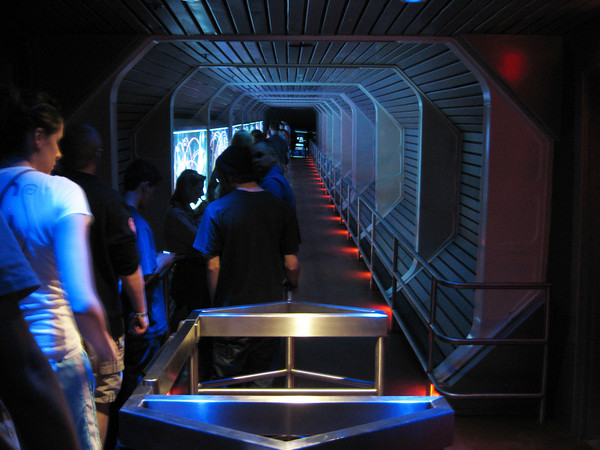 Just past the first third of the queue, you’ll find a series of large screens on the left walls. Along the left side railings are sets of buttons that control short interactive games that appear periodically on the screens. The game is rather simple. Guests simply pound colored buttons on the railing to blast astroids on the screen. Each game lasts around a minute after it begins after which a message exclaiming “Well Done!” appears on all screens simultaneously, prompting guests to move forward in the queue. 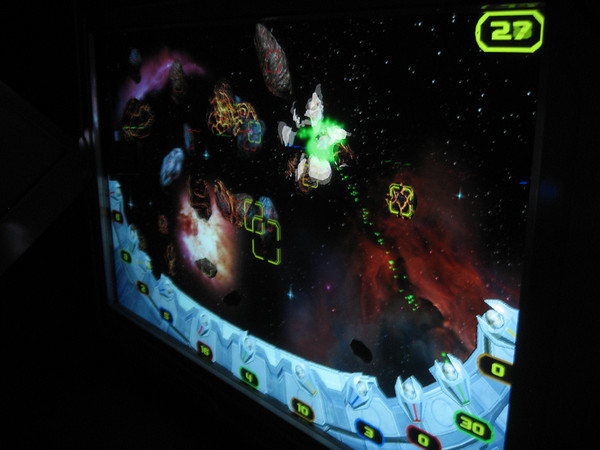 If the line continues moves ahead while guests are playing the game, they can choose to continue to play while guests behind them pass them or just abandon it completely in favor of keeping their place in line. The games are so simple that you can pick up and start playing where the last person left off without missing anything. Likewise, you don’t feel the need to stay and finish the game. It’s really just a way to pass time.

The loading areas have the same basic layout but are much-improved by additional lighting and paint. The most dramatic change in the load areas is that they are now completely enclosed. You can no longer look up and see the coaster cars running around the track. Instead, the ceiling reveals large “windows” looking out into a space scene. So you can no longer pass the time in line by watching the giant “chocolate chip cookies” fly by along the ceiling of the building. The plus is that the ride itself is now presumably much darker.

Unfortunately, since I was unable to ride Space Mountain today, I cannot tell you about the ride. But I did leave the building through the usual path, up the inclined moving sidewalk and past the post-show scenes which have been also been enhanced. The scenes are similar to what you remember, but with more dramatic and colorful lighting, a whole lot more rock work, and some snazzy new flat screen displays that describe the scene you’re looking at with phrases like “Explore Mercury Peak,” “Crater Caverns,” and “20,000 Light Years Under the Sea.” Only the “under the sea” scene is completely new as a result of this refurbishment. 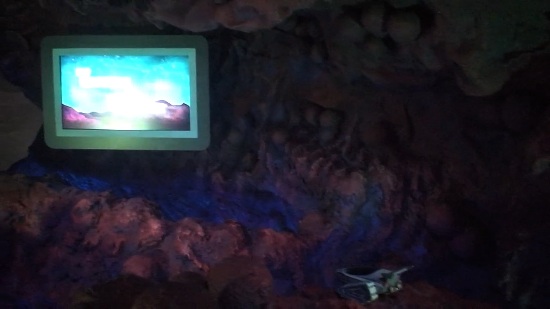 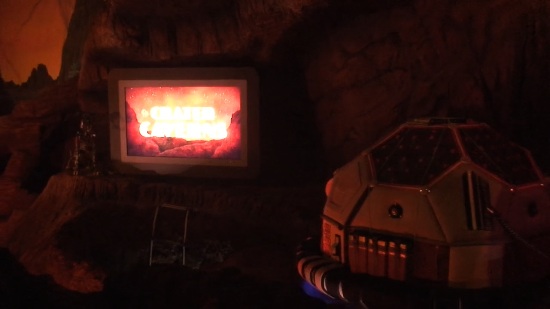 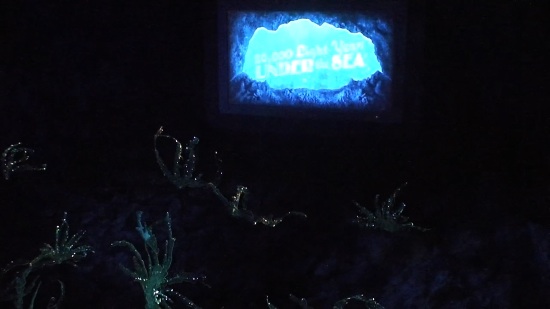 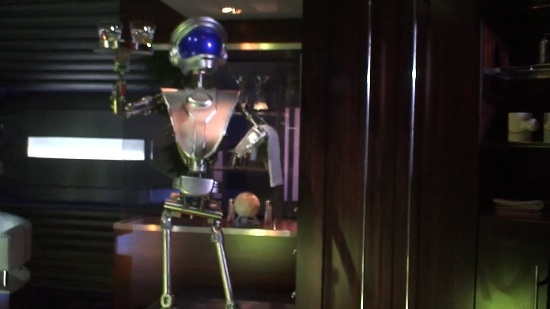 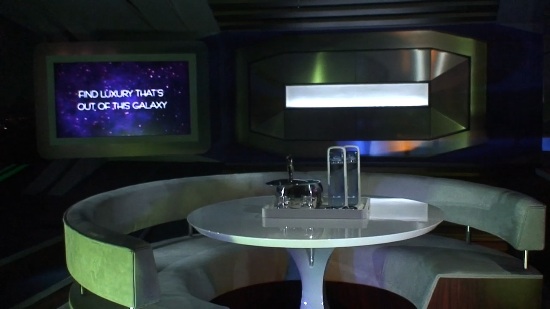 The video above briefly shows the displays in which guests will be able to preview the new on-ride photos snapped during the ride. Along the moving ramp after the ride, the monitors that previously showed guests as they passed by were covered today. I can only assume that the on-ride photos will be displayed there eventually.

It is clear that this update to Space Mountain was an aesthetic one. Multi-colored lighting and vibrant paint colors add a fresh new feel to the environment throughout. The interactive games in the queue are sure to entertain children and adults for a few seconds at a time, which is all you really need to break up the monotony of standing in line for a ride. I’ll write more tomorrow after I’ve had a chance to blast off into space (hopefully).

I’m curious to see what they did to the ride itself, ’cause right now it feels like “it took seven months to add a few simple things in the before and after queues??”

“…the monitors that previously showed guests as they passed by were covered today. I can only assume that the on-ride photos will be displayed there eventually.”

The old monitors might getting upgrades, notice the wall in the last photo has chroma-key green paint on it… before it was painted chroma-key blue….

Very true. I did notice the chroma green paint but didn’t put two and two together. Hopefully some modern green-screen effects on HD monitors will replace the dated displays that previously occupied that location.

The track is completely new. Same layout, but all new steel. That’s what took 7 months!

Those are totally Kor One water bottles in the last picture from Constellations. My wife and I each have one and believe me, that’s what they are. 🙂 Check them out here:
http://www.korwater.com/photos

I just can’t believe that they couldn’t make the cars two person side by side like Disneyland. You could double the capacity and half the wait in line just like that. You’d think they could have put in wider track to accomodate wider cars in 7 months!

it is very Cool!!!
Space Mountain – is realy super!
Photos are great!