Universal’s Superstar Parade had its first run through today at Universal Studios Florida. The parade features characters from SpongeBob Squarepants, Hop, Dora and Diego and Despicable Me. It’s full of live and recorded music, hundreds of street performers, interactive characters, dance numbers and some really detailed floats. Here’s a video of the parade, along with some interesting facts:

The parade officially launches on May 8, 2012, along with the official start of Universal’s Cinematic Spectacular: 100 Years of Movie Memories nighttime lagoon show.

• After its official launch on Tuesday, the parade will run every day at various times (usually evening) through the year. The parade starts near Beetlejuice’s Graveyard Revue, heads past Revenge of the Mummy, turns left towards Twister, then left past T23D, then ends at the gate by The Horror Make-Up Show.

• Some of the floats will be on display in the park at various times throughout the day to provide guests with a closer look and to meet their favorite characters. Along with meet and greets, some dance numbers will also be performed.

• Each float features LED lighting systems in addition to special effects, such as the six custom-built bubble machines on the SpongeBob SquarePants float.

• The floats are larger-than-life, with the largest one over 44’ long and over 23’ tall – yet they make use of an advanced positioning system that is accurate to within five inches.

• The parade soundtrack features all-new recordings of songs like Boogie Fever, Celebration, and Let’s All Move Like the Animals Do.

• The parade incorporates over 150 speakers, more than 90 of which are positioned on the floats themselves.

• EB from Hop plays live drums in the parade and is accompanied by a live drum line.

• For the month of June 2012, Annual Passholders will have a special viewing area in front of the Radio Broadcast Center on Hollywood Blvd.

• The parade makes two stops along the route, where many characters leave their floats and perform a dance routine. 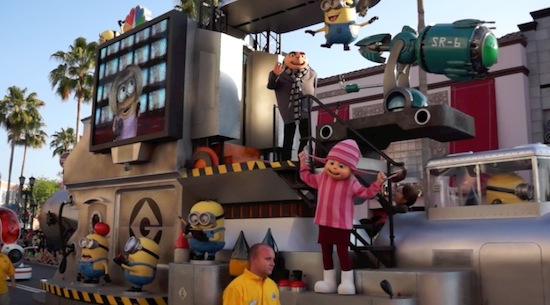 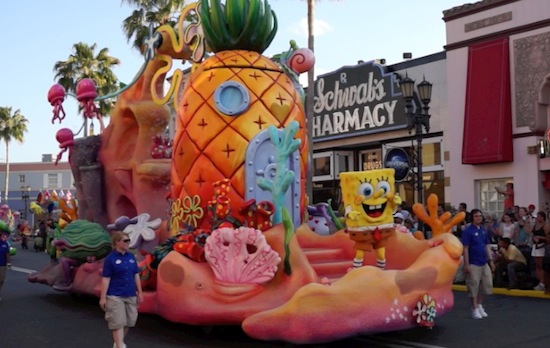 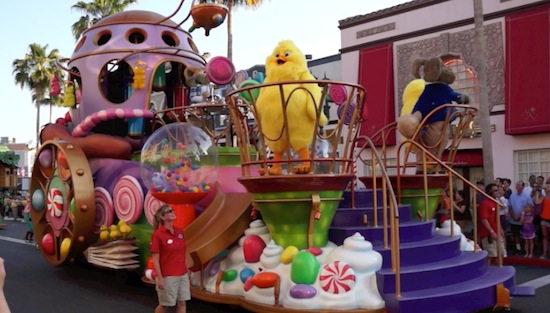 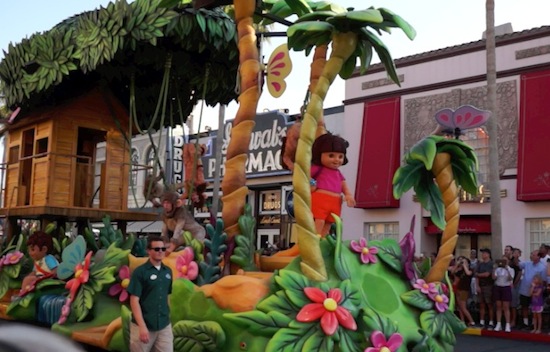 Photo Finds: Fastpass Plus, Tree of Life Netting, Tutto Italia and More: May 7, 2012

Looks fantastic and really well done but I don’t understand why they haven’t included Scooby, Simpsons and Shrek characters.

Wow ! nice# really a mind blowing experience for kids.. there super stars made a parade ***unimaginable***

All the costomes look crepey.

For univarsal’s first family parade not to bad