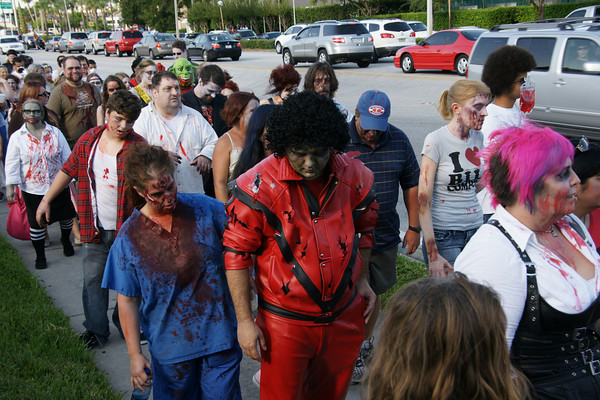 As part of the Spooky Empire “Ultimate Horror Weekend” 2009, hundreds of zombies and other ghoulish creatures walked up and down International Drive on October 9. The zombie walk and opening ceremonies were put on by the Deadite Empire.

Here’s a look at this year’s Spooky Empire zombie walk from makeup to completion:

Don’t miss our extensive photo gallery of the event and our other posts from Spooky Empire 2009 including interviews with horror film celebrities.

Photo Finds – ‘Throwback to the Disney-MGM...