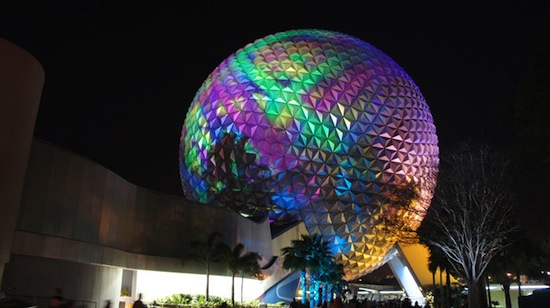 It was interesting to watch the staging for New Year’s Eve at Epcot come together this week. Stages were set up at the central fountain, Italy and China by Thursday. It looked like it was going to be a great party. 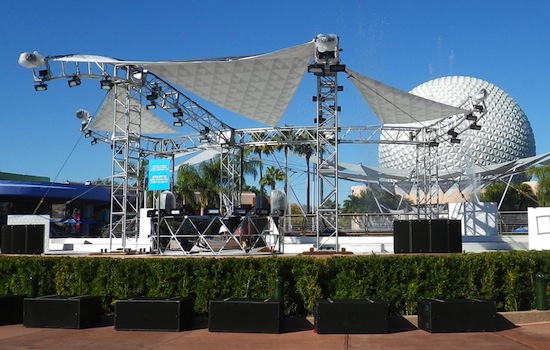 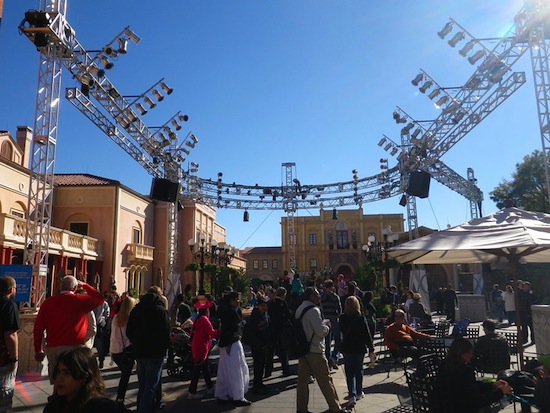 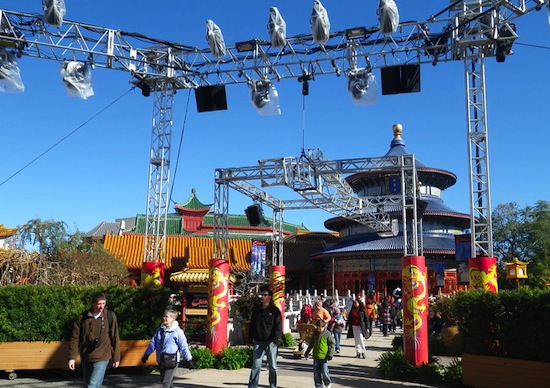 The stage at China caught my attention. A section of the framework was suspended and serpentine. I had a hunch this framework was going to be themed into a Chinese New Year type dragon. Here’s what the stages looked like in the day and night on New Year’s Eve. 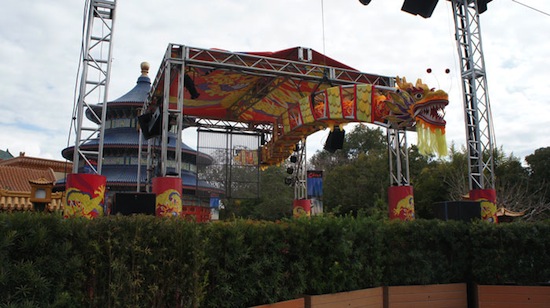 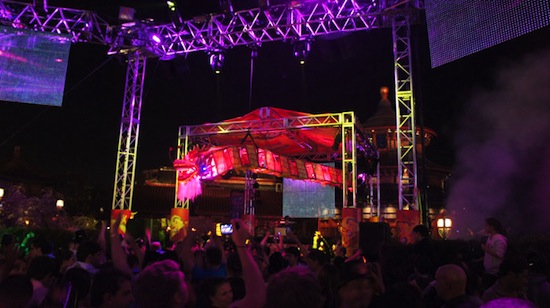 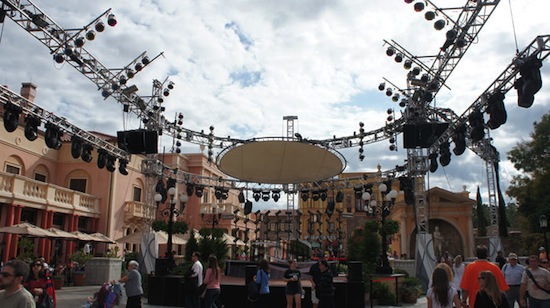 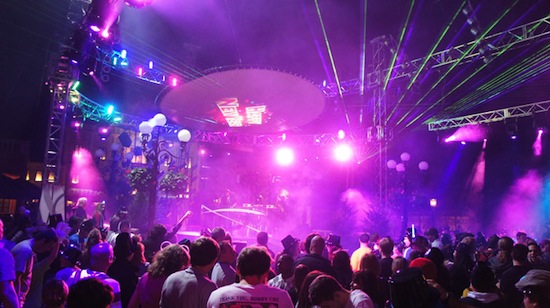 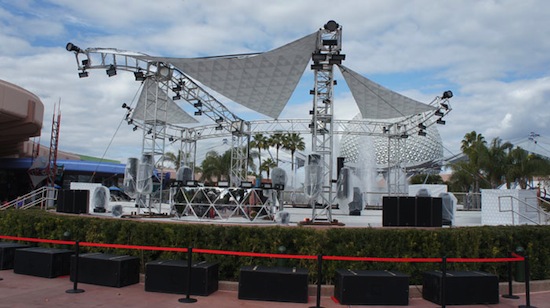 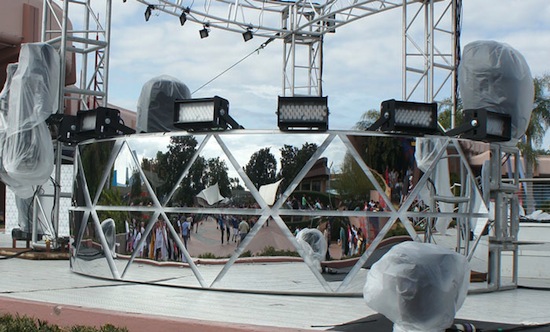 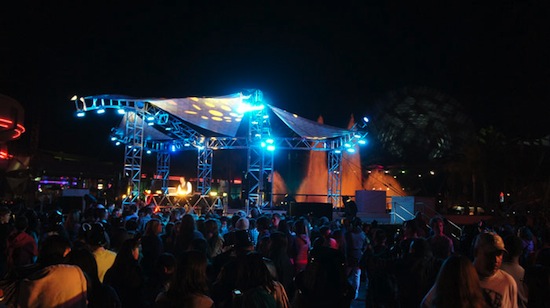 Epcot was very busy that afternoon, as you can see in the following photos, every available resource was used to help make it an exciting day for as many guests as possible. Including parking on the grassy berms of the parking lot. 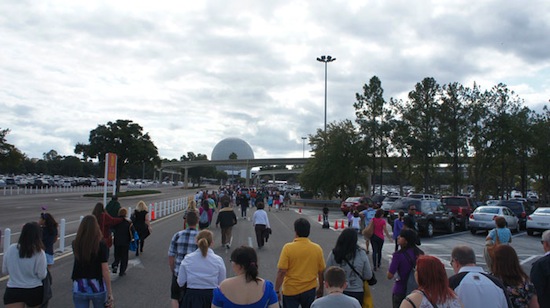 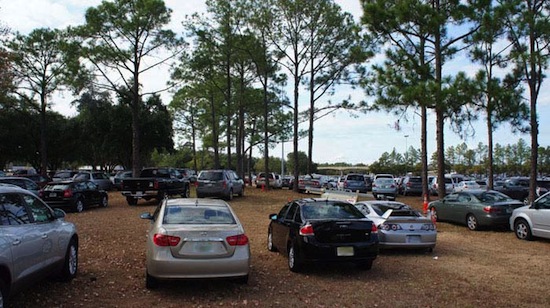 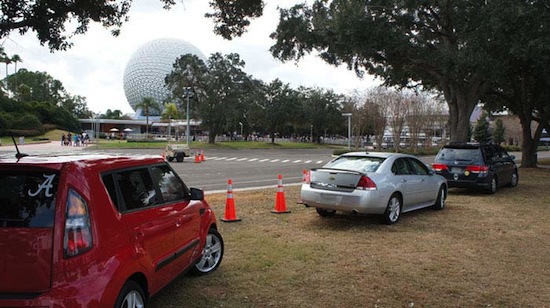 Here’s some photos of what the most dense crowds were like. Some of this is unusual, and some of this can also be seen other busy days at Epcot. It may look stressful, but it didn’t feel that way. Instead, it felt exciting to be there – to be part of a big event. 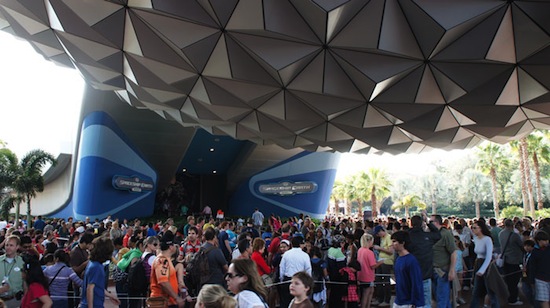 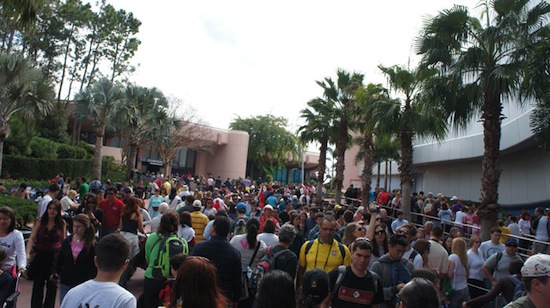 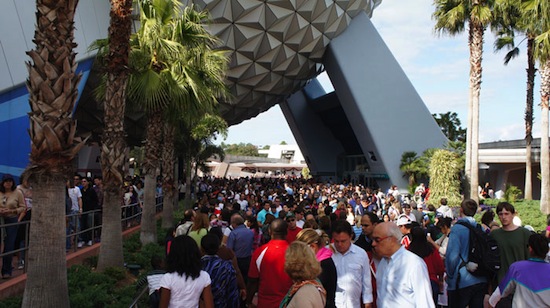 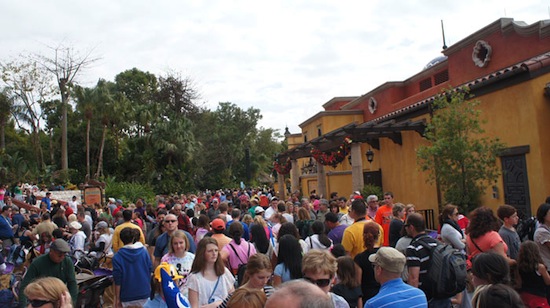 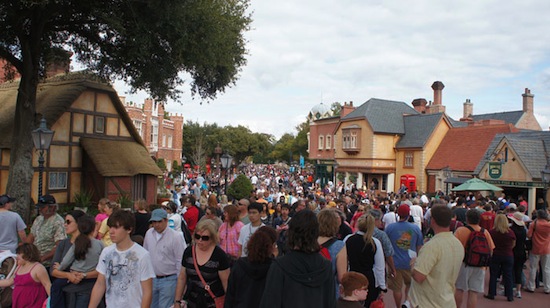 Fireworks were already staged on the World Showcase Lagoon by 1 p.m. Normally they stage Reflections of Earth in the late afternoon. Some additional barges joined the regular barges for the performance. 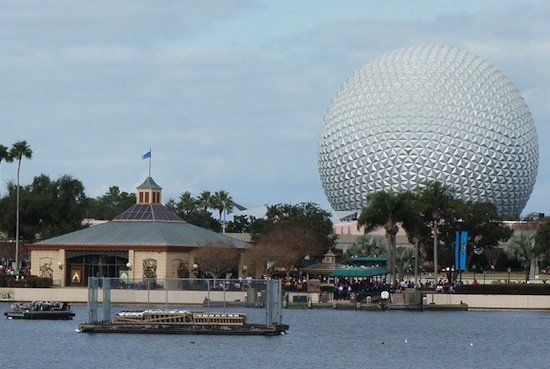 Additional viewing locations were set up on a grassy areas. Depending on how you look at this, these areas were either overflow areas or areas for guests who wanted to feel less congested. 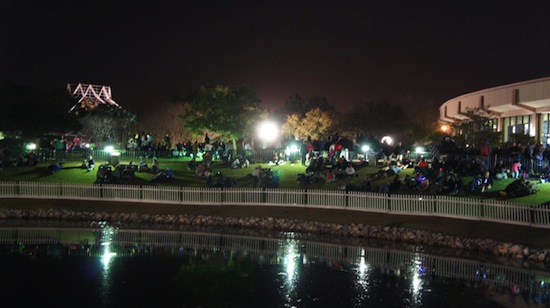 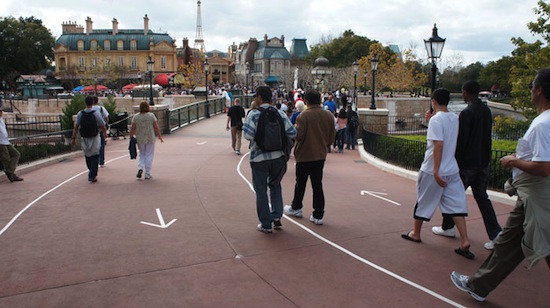 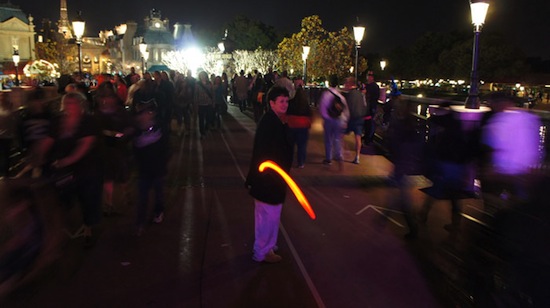 To help guests exit World Showcase, backstage routes were set up from the Showcase Pavilion to Imagination on the West, and from Norway/China to Test Track on the East. The following photos are from the west route, and the curved roof is for the show building of Soarin’. 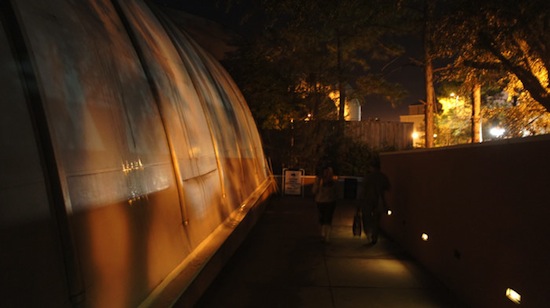 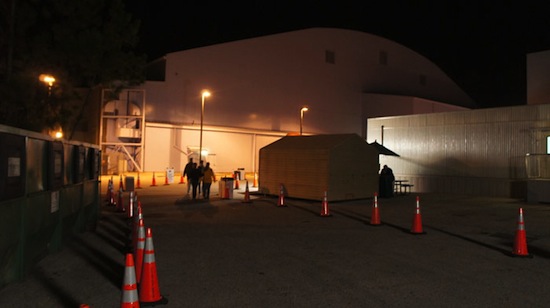 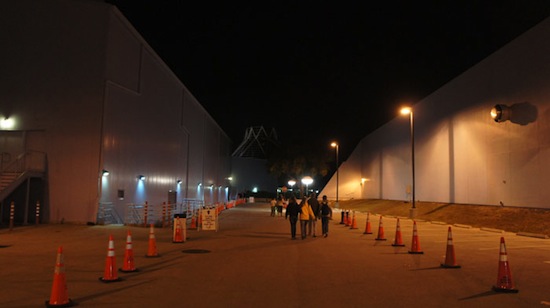 My favorite surprise of the night was spotting the first of two Magic Kingdom fireworks shows from the front of the Italy pavilion. The smiley face below marks the spot! (Epcot also had two performances of Reflections of Earth that night, the first Epcot fireworks show was at 7:30 p.m.) 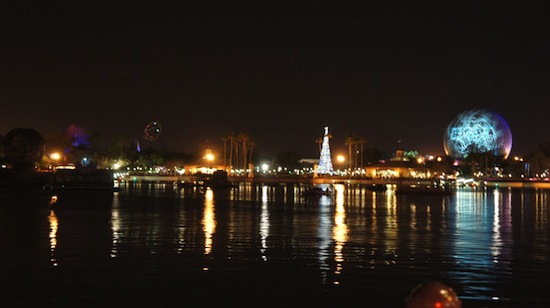 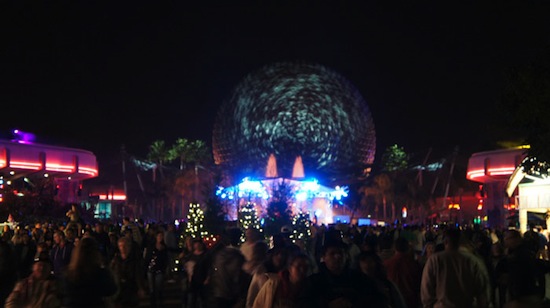 And now a video. What a party! It was an awesome night.

Thanks for the great visual report. I must say the opening shots scared any thought of being there right out of me, but then the rest of it makes me want to be there! Had no idea they actually had parties in the countries. And the back stage lanes- cool!

This was the first time we did something for New Years & we went to Epcot & it was so fun!!! We are going to make it a new tradition & go every New Years from now on. It was happening!

I was there for New Year’s Eve & believe me there were alot of people there…almost too many. Don’t think I will go there for the holidays again. It was very crowded.