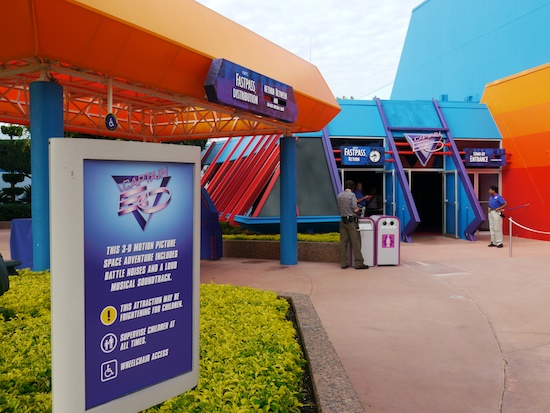 Captain EO, the 4D movie staring Michael Jackson and Anjelica Huston, with Francis Ford Coppola and George Lucas working behind the scenes, has returned to Epcot. The 17-minute film originally played at the park from 1986-1994. It’s now playing once again in the same theater with some new effects.

We were invited to a preview Wednesday morning along with some lucky cast members. The show opens to the general public on Friday, July 2, 2010. Disney parks passholders can sign up to see the show a day early via the Passholder section of the Disney World website. 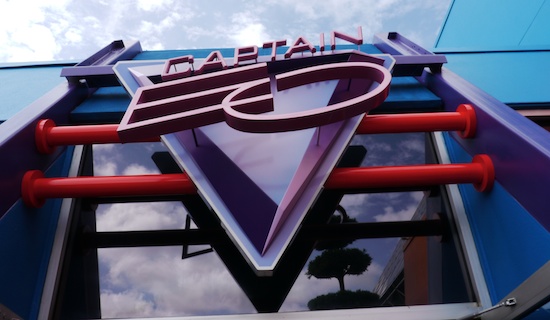 As you enter the former “Honey I Shrunk The Audience” theater, you’ll pass right under the original sign from the attraction. Imagineers were trying to decide what kind of new sign to design when they heard that the original sign was still hanging in a backstage Disney office. 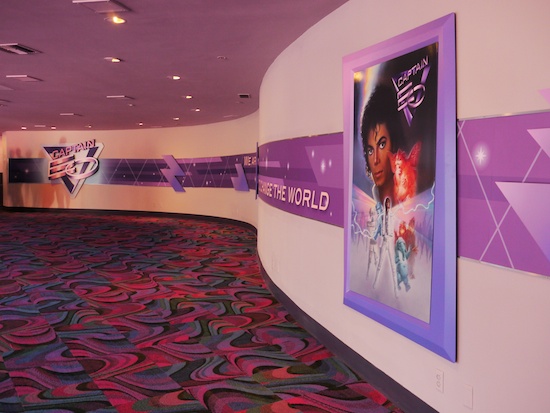 New carpeting, paint and signs have been installed inside. The preshow is the exact same one that originally played. The movie itself is also the same, but it’s been transferred to a new print from the original. 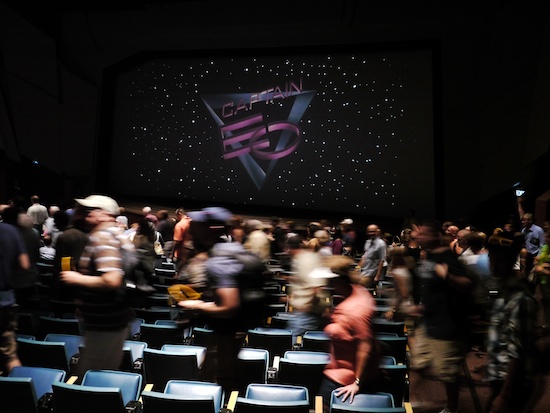 Excited cast members enter the theater to be the first to see Captain EO’s return to Disney World.

There are a few different theater effects from the original and from the version that’s been showing at Disneyland in California for a few months. New from the original are some water effects, air whipped at your legs, lighting and a new sound system. When EO originally played at Epcot, the theater floor didn’t move – that was added when Honey I Shrunk The Audience was installed. Now the floor moves with the music a bit, but not as much bouncing to the beat as it does in at Disneyland.

Imagineer Debbie Peterson worked on the design of the theater and said everything they installed for Captain EO was made to be easily removed for a return of Honey I Shrunk the Audience in about a year. But Imagineer Joe Tankersley said it’s unknown what will replace Captain EO at this time. When asked about the rest of the Imagination pavilion, Tankersley said there are plans for more changes but that he couldn’t give any more details. 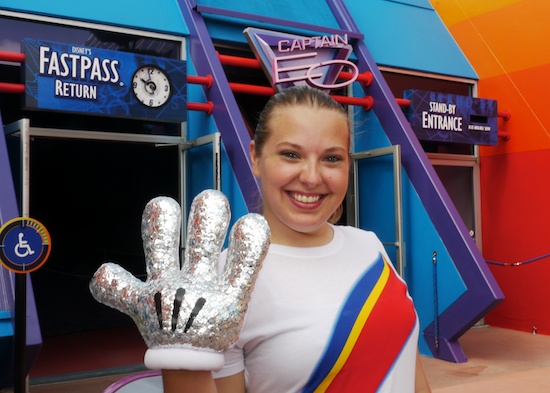 This excited cast member dressed up for the occasion, showing off a sequined Mickey Mouse glove her roommate made for her. 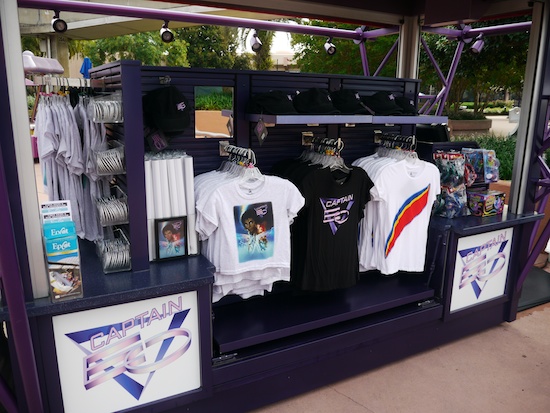 Captain EO T-shirts, hats, posters and pins are for sale just down from the theater.

Here’s our video report which includes more from Imagineers Peterson and Tankersley.