If you don’t have tickets to next Saturday’s Villains Unleashed special event at Disney’s Hollywood Studios, you’ll want to act quick before it’s sold out. But if you’re among the lucky bad guy fans who already have their tickets, here’s a look at the special map for the night so you can plan your attack.

The event runs from 8 p.m. to 1 a.m. (although you can use your ticket to get in the park earlier) and will include more than 50 Disney villains, including some rare and first ever meeting guests such as Star Lord and Gamora from “Guardians of the Galaxy” and Constantine from “Muppets Most Wanted”.

Villains will be appearing all around the park, but these will be at set spots: 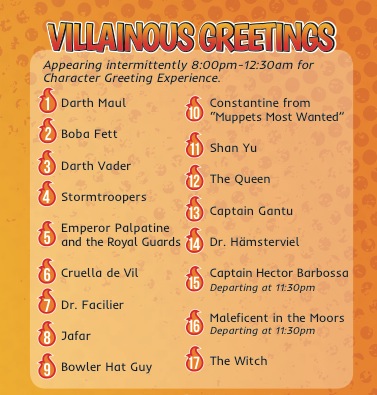 These villains will be roaming these areas. They won’t all be out at once, so if you’re looking for a certain character, you may have to wait in these areas: 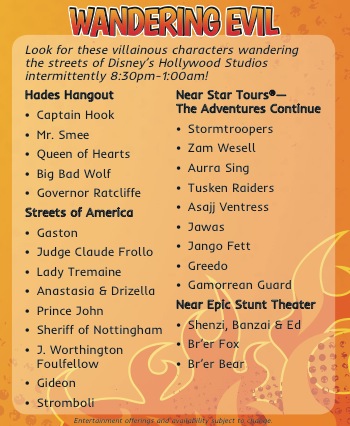 Other characters will be a part of the shows and entertainment. You’ll find Star Lord and Gamora at their dance party: 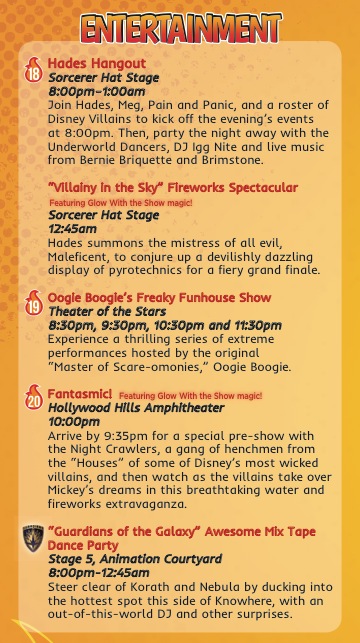 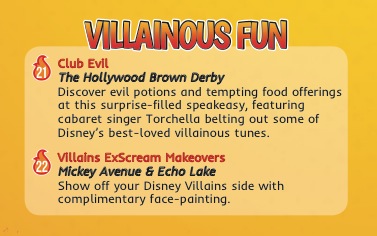 It wouldn’t be a special event without some great merchandise: 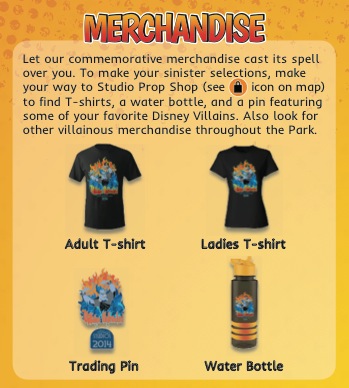 Partying with villains can make you hungry and thirsty. Note that many of the food locations will close at 10:30 p.m.:

Of course, many of park’s rides will also be open. The Great Movie Ride and Toy Story Mania will be closing early because of the fireworks show: 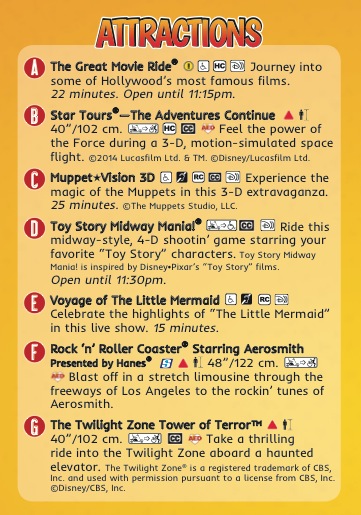 Here’s the map. Use it to find all the locations above. 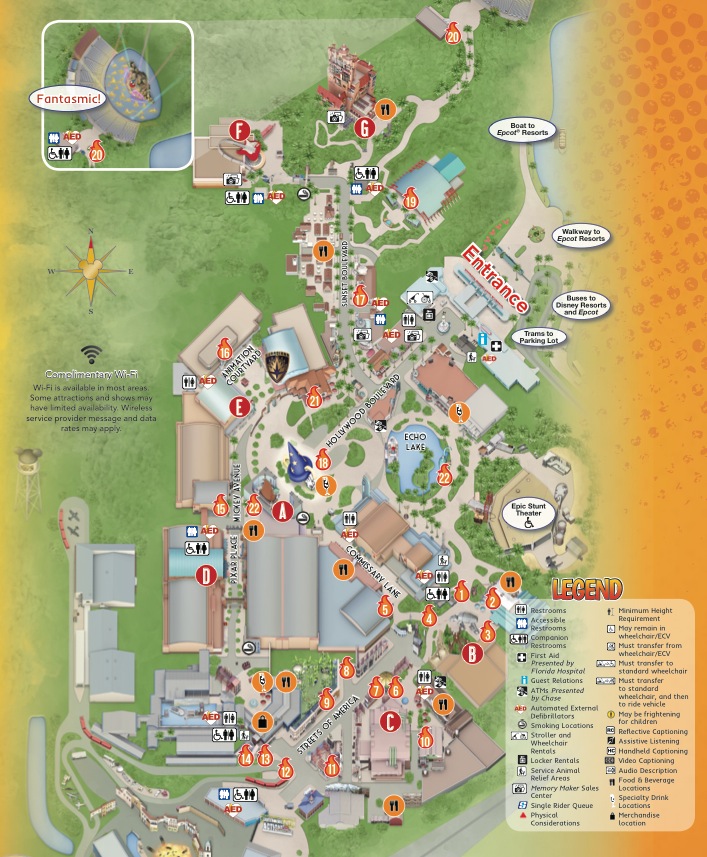 Tickets for Villains Unleashed, priced at $67 for adults and $62 for children ages 3-9, are available on Disney’s website until they sell out.

Check out our videos of the Unleash the Villains event from last year to get an idea on what to expect:

2012 Hyperspace Hoopla, Dance-Off with the Star...