We’re just over three months away from the grand opening of Universal Orlando’s first water theme park, but today you can “wet” your appetite for a Volcano Bay construction update with these stunning aerial photos of the project’s progress, courtesy of Don Gworek (a.k.a. @bioreconstruct on Twitter).

Guests at Volcano Bay will begin their visit by parking in the same garages Universal theme park guests currently use, and riding a shuttle to the water park’s entrance.

Once they arrive, Volcano Bay visitors will approach the park via these entry structures: 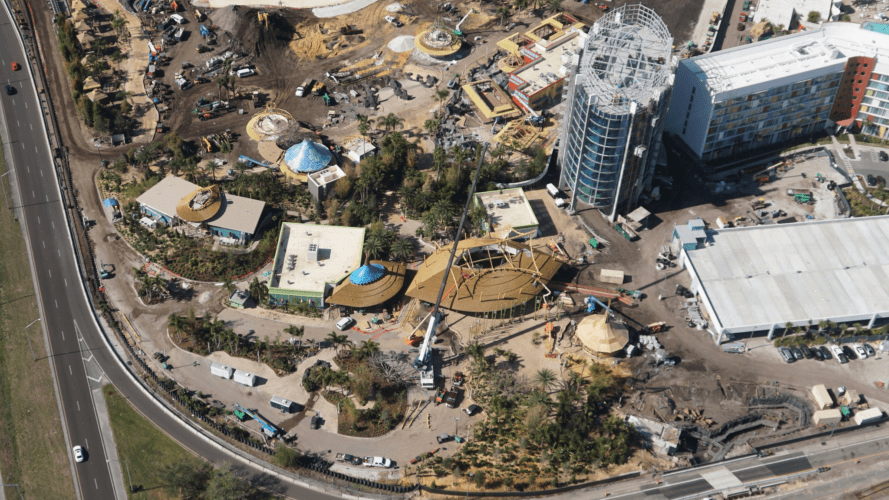 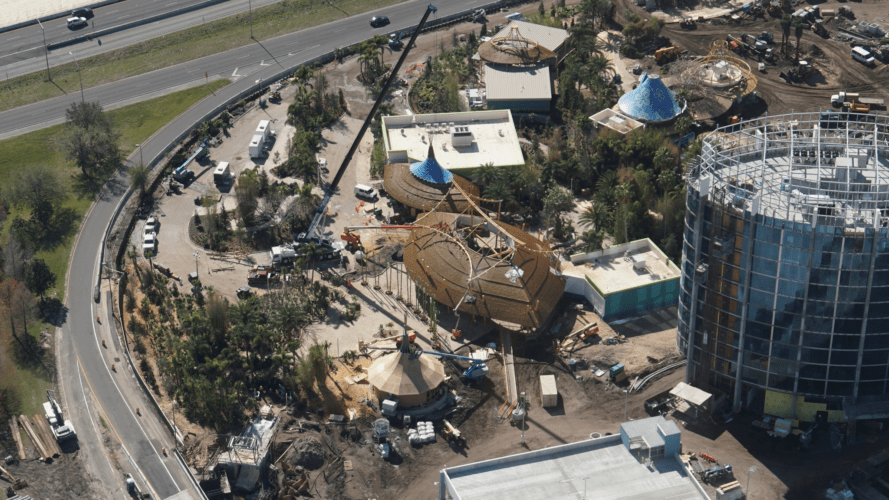 Once inside Volcano Bay, your eye will instantly be drawn to the park’s highest point, the peak of Krakatau.

You’ll find the exits of Volcano Bay’s many waterslides arrayed around Krakatau’s base, 200 feet below the volcano’s peak.

Here’s a closer look at the anticipated Krakatau water coaster: 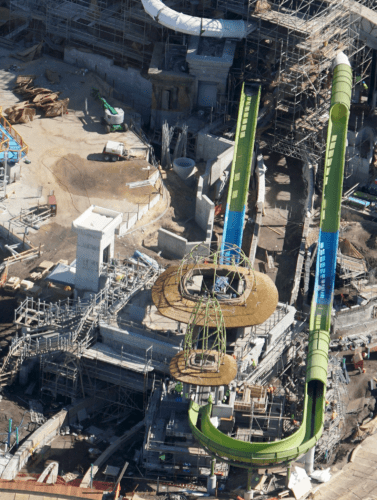 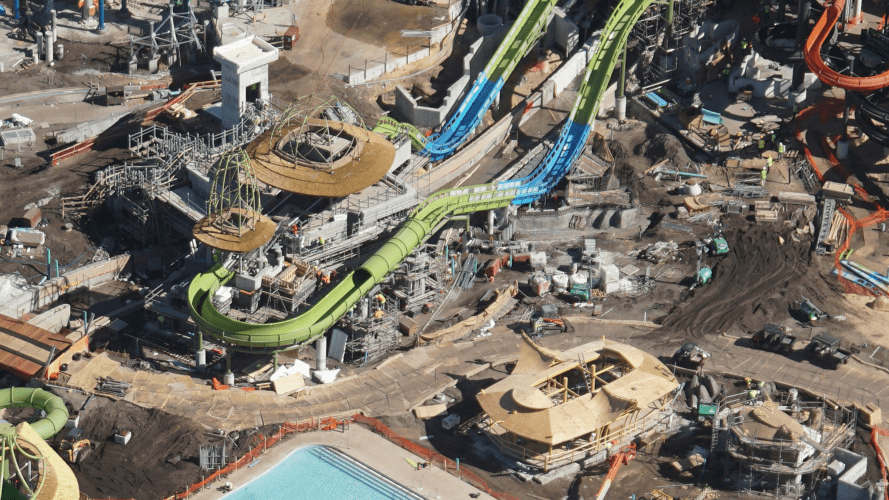 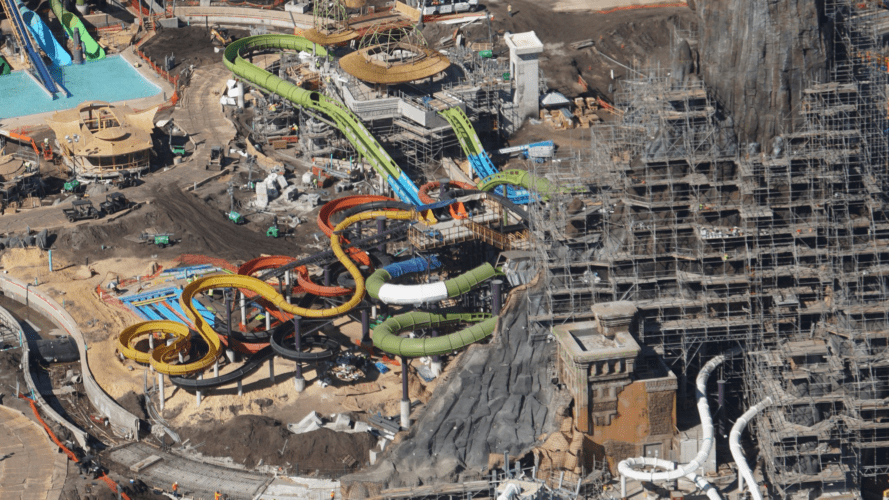 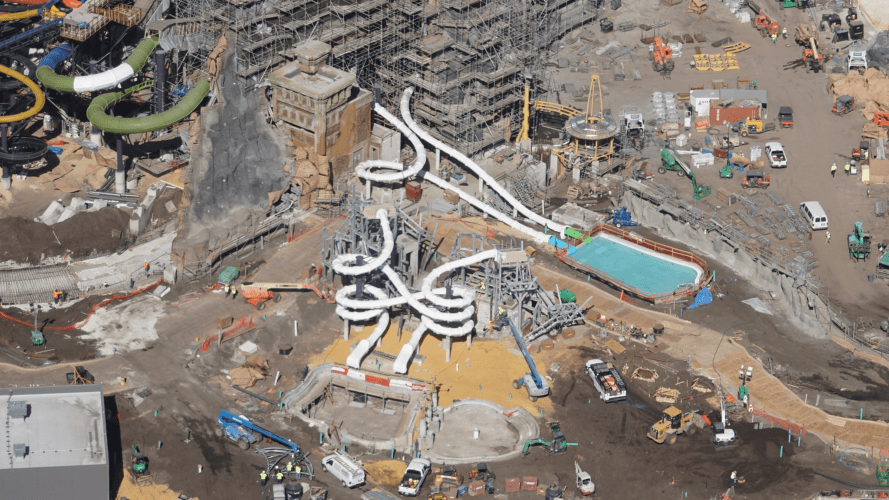 As you can see below, the volcano’s surface has a gap on one side, exposing how steep the speed slides within really are! 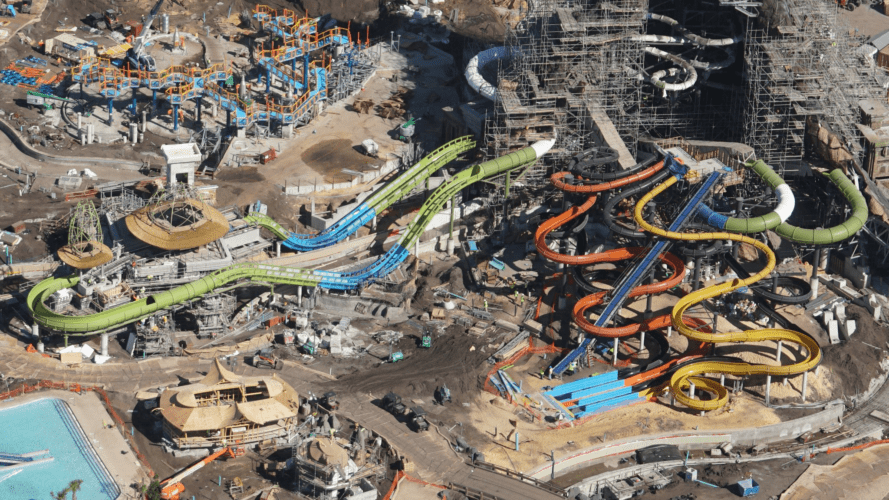 If you’ve got extra cash burning a hole in your board shorts, you may want to rent one of Volcano Bay’s private cabanas, which we are pretty sure are marked with yellow arrows in these photos. 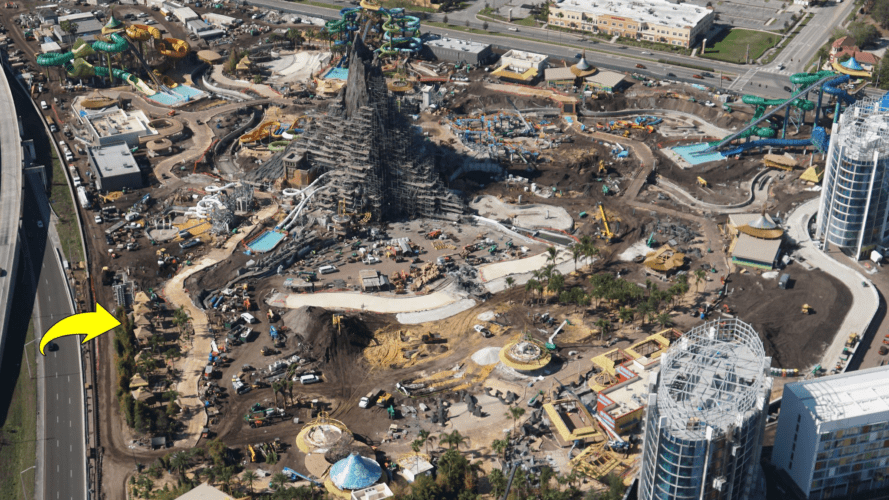 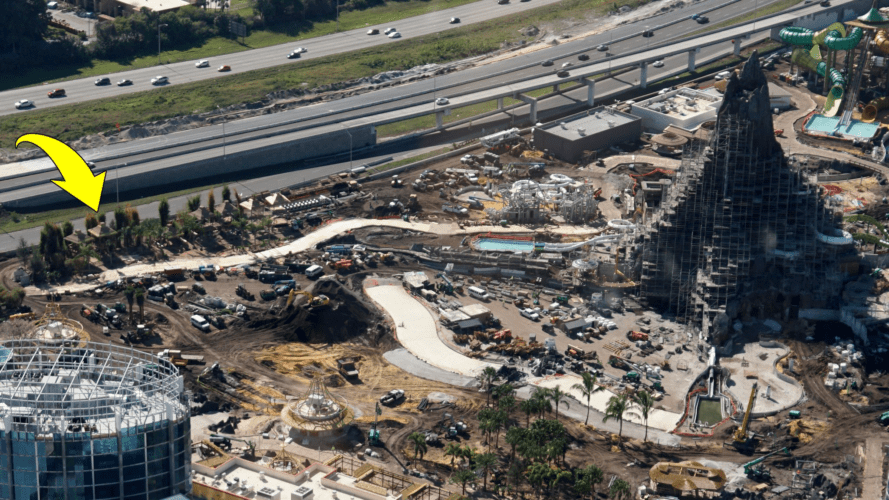 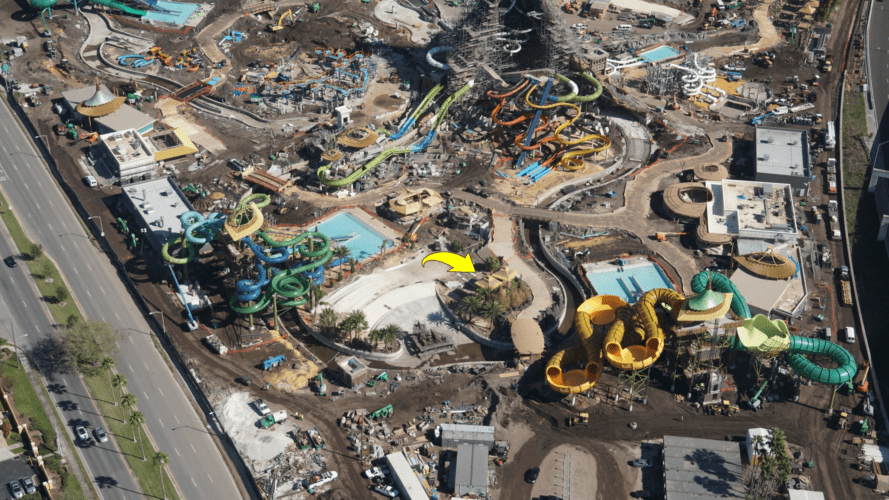 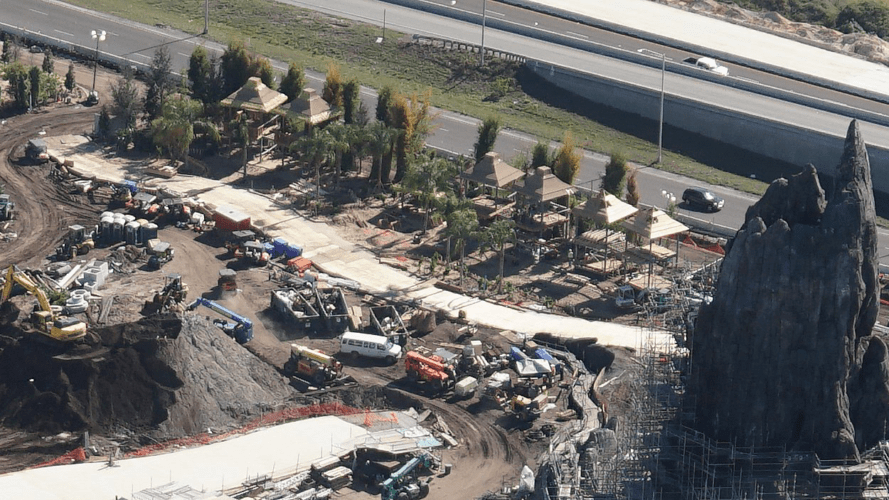 Volcano Bay will also have several slide and play structures that aren’t directly attached to the mountain itself. 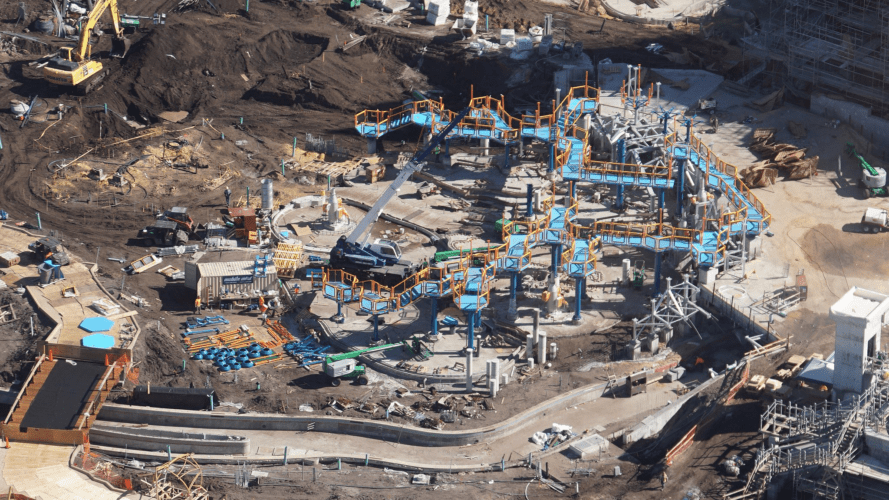 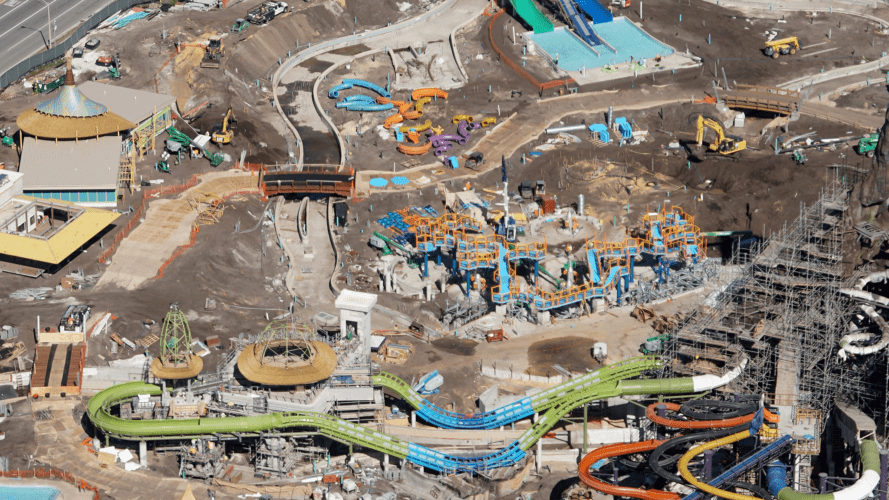 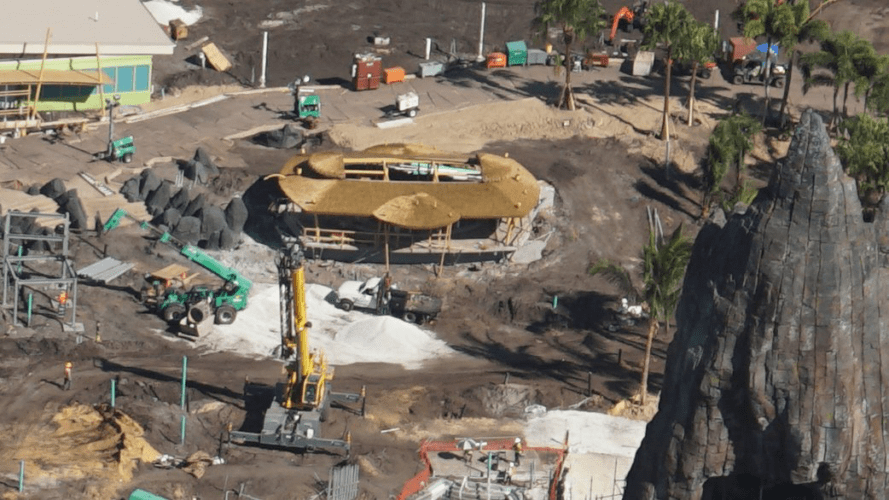 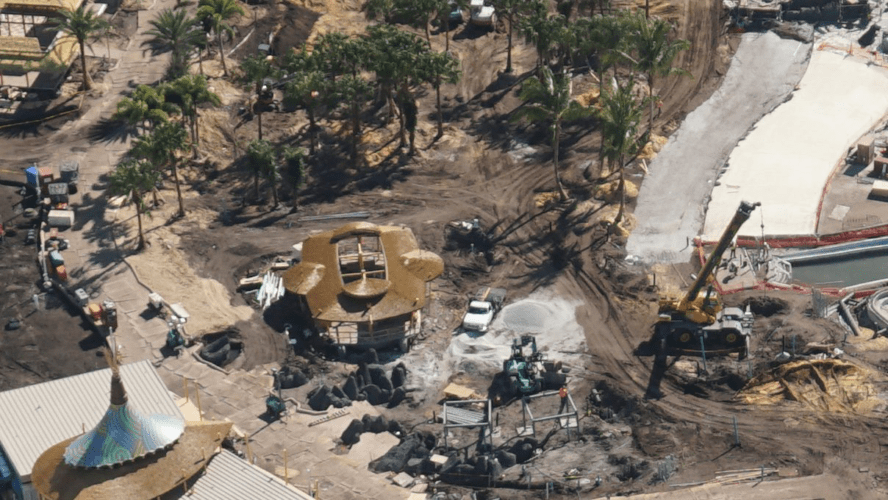 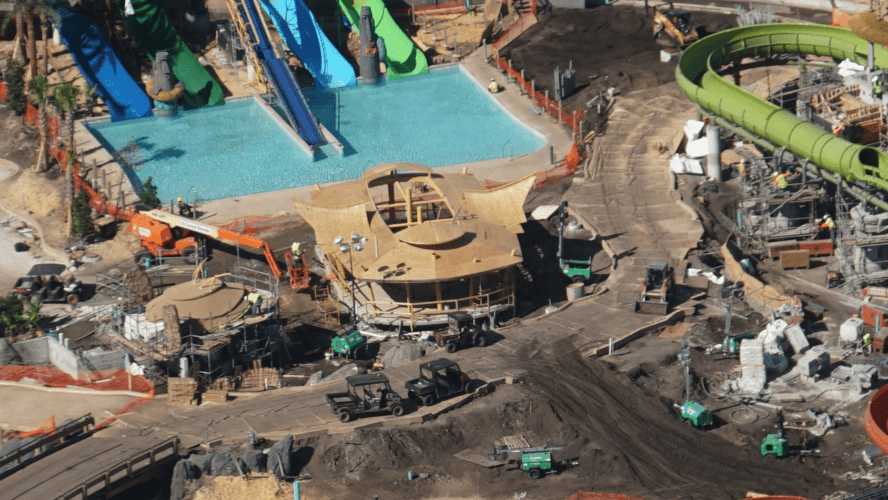 Finally, let’s conclude with yet another angle on the park, this time focusing on the east end of Volcano Bay’s wave pool. 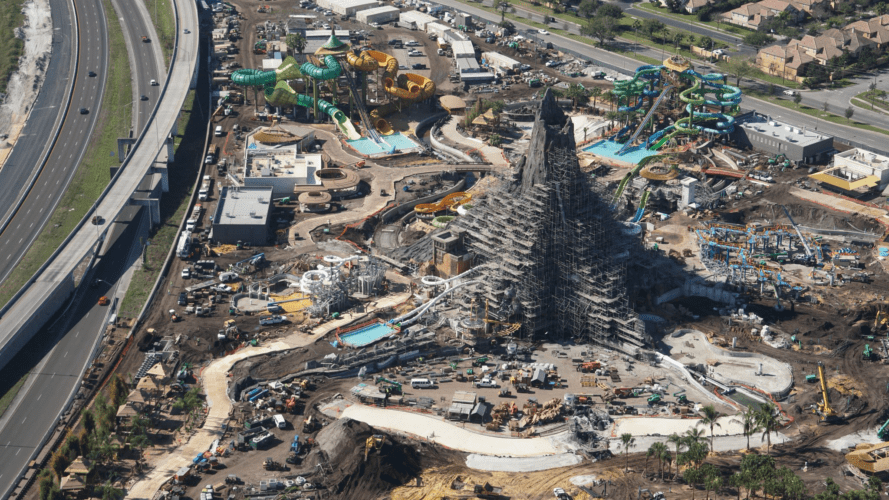 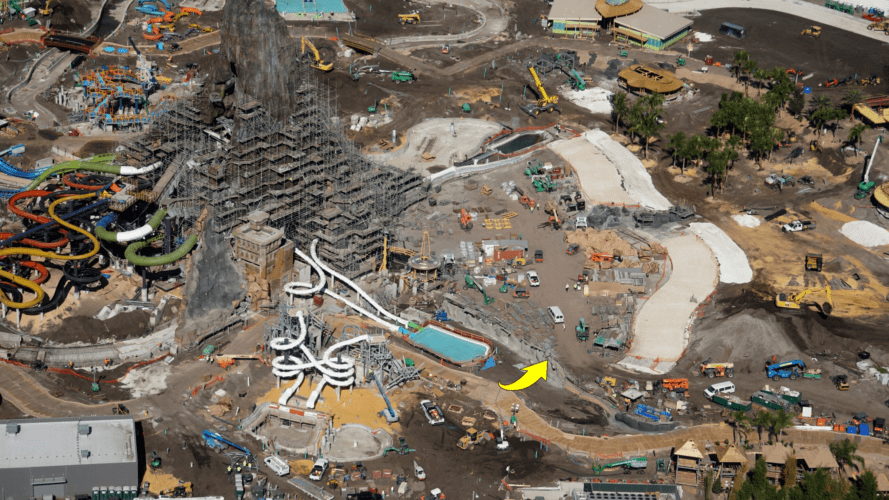 Universal Orlando’s Volcano Bay officially opens on May 25, 2017. Until that day arrives, pass the time with some of our previous Volcano Bay construction update videos: