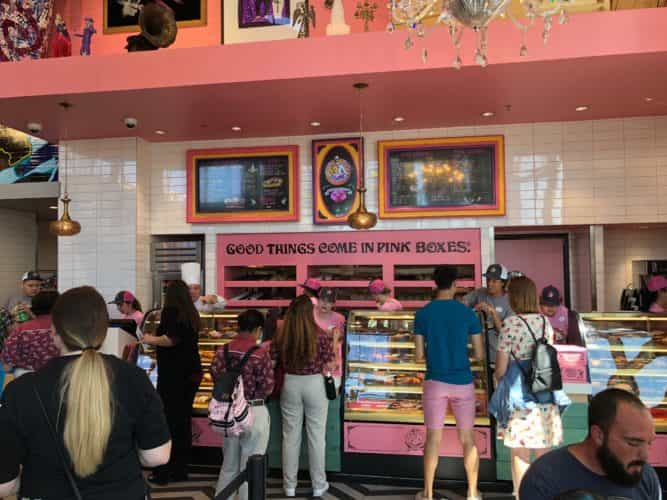 Get ready to decide between Diablos Rex, Grape Ape, and Bacon Maple — or maybe just eat them all — now that Voodoo Doughnut is in soft opening at Universal Orlando’s CityWalk.

The new Voodoo Doughnut at Universal Orlando opened its doors for the first time to CityWalk guests shortly before 3 p.m. on Saturday, March 24, following a team member preview the previous day. Voodoo Doughnut Orlando, which replaces the Element sports shop, is the eighth location for the Portland bakery, and its first on the east coast. 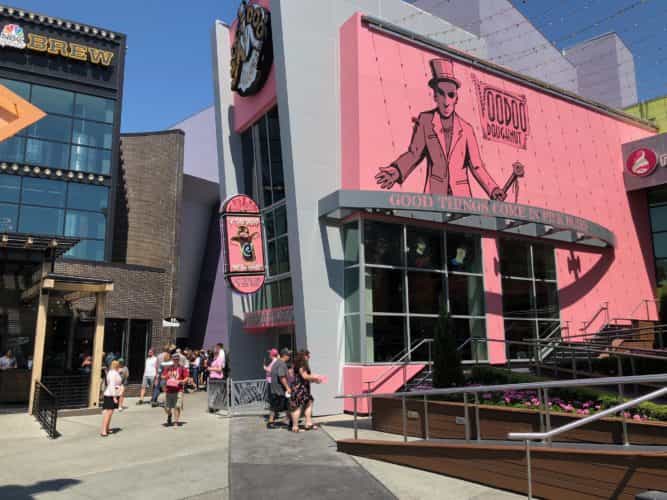 Some fans lined up hours early for the new shop’s rumored soft opening, and once operating it attracted a queue of up to 100 people, who waited half an hour or more to enter the establishment. Waiting guests were handed menus to peruse, and entertained with Voodoo trivia. Once inside, food ordering and delivery was exceptionally swift and orderly, especially considering it was the store’s first time serving the general public. 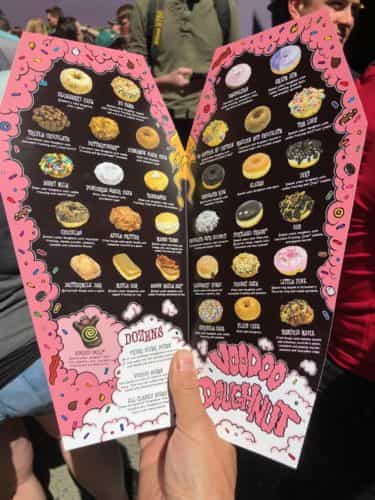 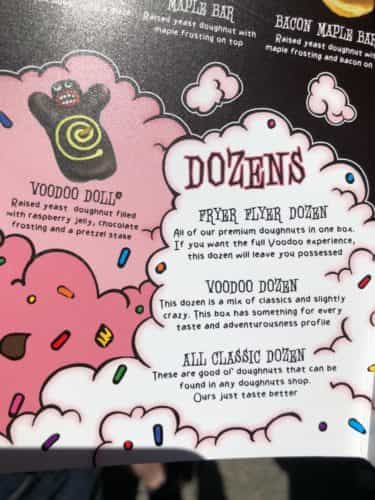 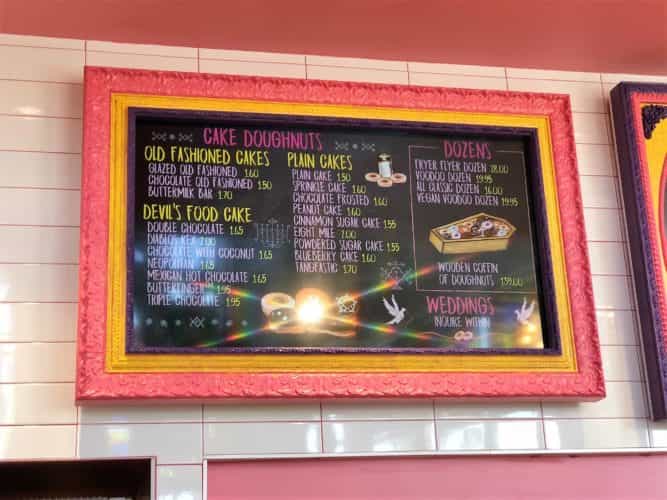 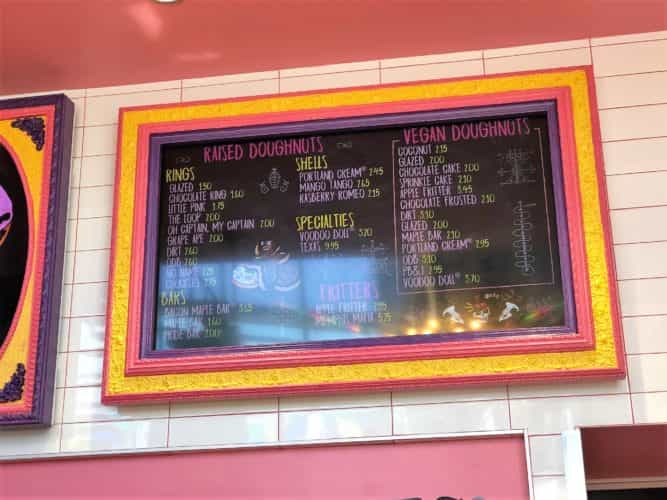 Single doughnuts cost between $1.50 and $3.70, and you can get a pre-selected baker’s dozen for $15 to $28, or a wooden coffin filled with doughnuts for $139. Annual pass discounts are accepted. 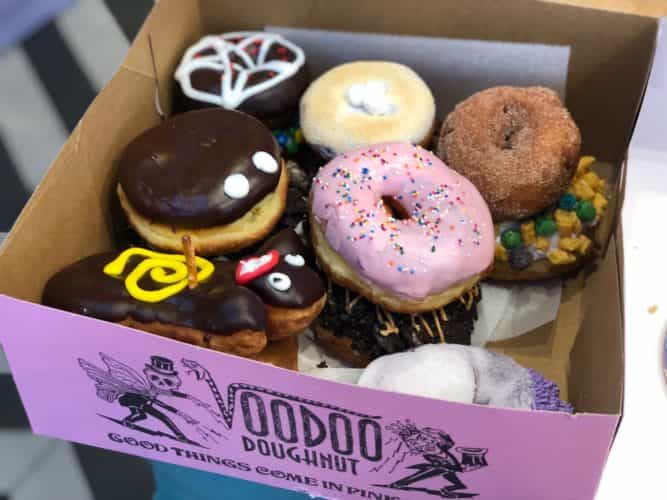 In addition to pastries, Voodoo Doughnut also offers a selection of merchandise with its own dedicated cash register. 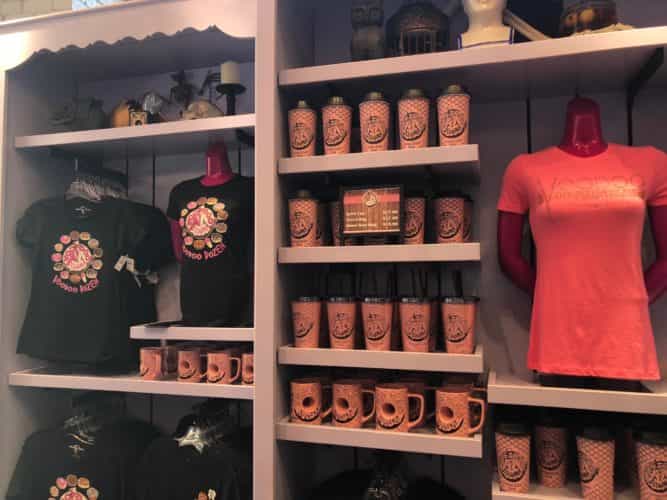 Universal has not made an official announcement about the store’s opening date, and the soft opening could be suspended without notice. For more information, visit Universal’s Voodoo Doughnut webpage, and check out this video from inside: