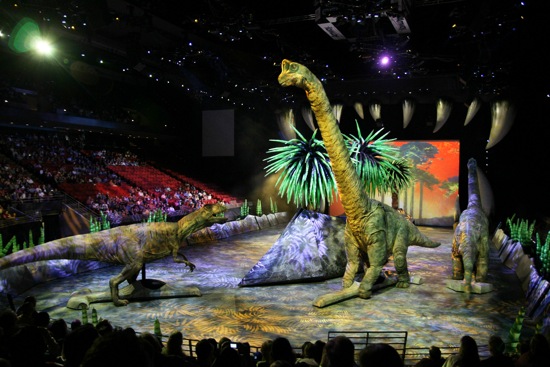 Walking With Dinosaurs – The Live Experience is being performed at the Amway Arena in downtown Orlando through Sunday, Nov. 16. We had a chance to see the show last night and have uploaded a Photo Gallery from the first half of the show.

Walking With Dinosaurs is based on the award-winning BBC Television Series. The show originated in Australia, where it came to life at Sydney’s Acer Arena in January 2007. Ten species are represented from the entire 200 million year reign of the dinosaurs. The show includes the tyrannosaurus rex as well as the plateosaurus and liliensternus from the triassic period, the stegosaurus and allosaurus from the Jurassic Period and torosaurus and utahraptor from the awesome Cretaceous. The largest of them, the brachiosaurus is 36-feet-tall, and 56 feet from nose to tail. Tickets range from $27.50 to $65 and the show runs about and hour and 40 minutes with a 20-minute intermission in between. 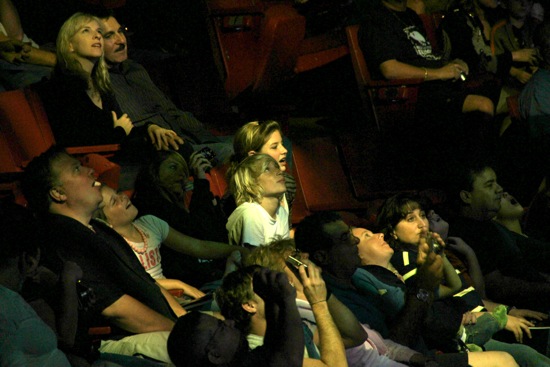 Visit the current Cypress Gardens for the last time for $10

Disney On Ice will be celebrating this...