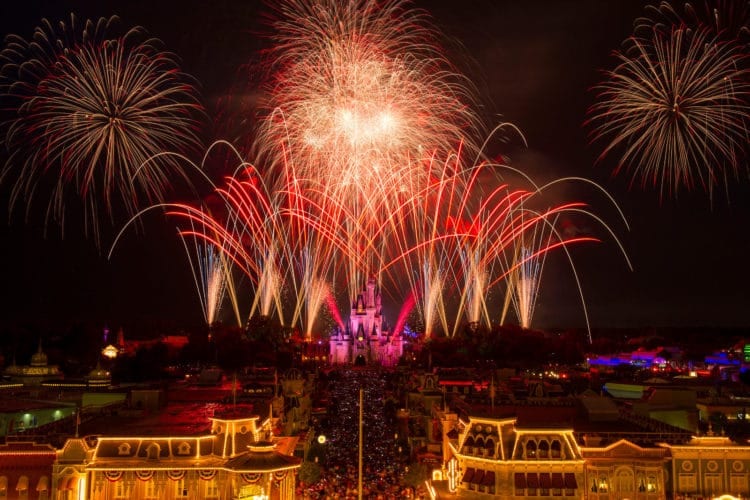 Celebrate Independence Day 2018 at Walt Disney World with fireworks and special entertainment on July 3 and 4.

Walt Disney World will celebrate the red, white, and blue with Independence Day 2018 festivities featuring fireworks and more on July 3 and 4.

America’s annual birthday bash returns to Walt Disney World on July 3 and 4 with Independence Day 2018 activities in the parks and resort hotels.

As always, the Magic Kingdom will mark the holiday with performances of Disney’s Celebrate America! A Fourth of July Concert in the Sky, which features pyrotechnics set to patriotic music. The two-nights-only show starts at 9:15 p.m. on July 3 and July 4, 2018.

Also at Magic Kingdom Park, DJs will host dance parties in Frontierland and Tomorrowland on July 3 and July 4. And The Muppets Present…Great Moments in American History show, which is performed daily in Liberty Square, is a great refresher on Paul Revere and the Declaration of Independence, starring Kermit the Frog and Friends.

At Epcot, IllumiNations: Reflections of Earth will include a special fireworks finale that paints the sky red, white and blue. The show begins at 9 p.m. on July 4. The Voices of Liberty a cappella group will perform traditional Americana songs on the America Gardens Theatre stage at 5:30, 6:45 and 8 p.m., and Disney characters dressed in Independence Day attire will meet guests during the day at The American Adventure. 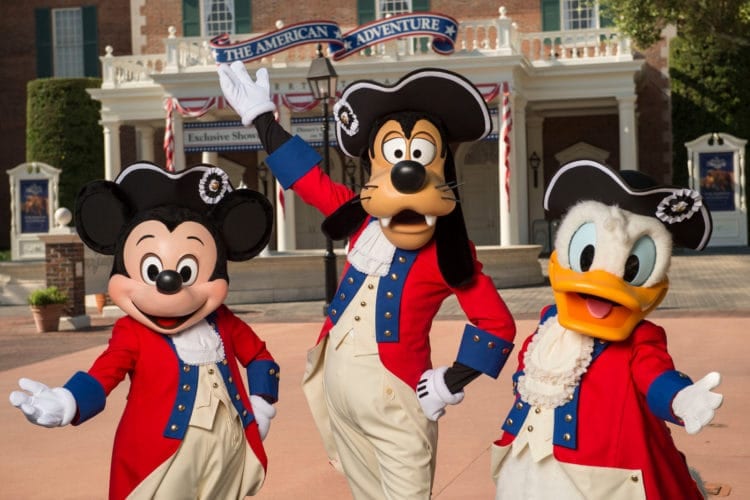 While Disney’s Hollywood Studios will not have any special Independence Day 2018 programming, the Star Wars: A Galactic Spectacular fireworks and projection show — which recently added a new sequence featuring Solo: A Star Wars Story, will begin at 10 p.m. on July 4. And Disney’s Animal Kingdom is celebrating with a Fourth of July cupcake featuring an apple-pie filling at Creature Comforts and Isles of Java.

Other limited-time Independence Day snacks at Walt Disney World will include a sparkly red-white-and-blue coconut macaroon dipped in white chocolate at BoardWalk Bakery at Disney’s BoardWalk Resort, and patriotic dipped strawberries and Mickey Mouse and Minnie Mouse mini-domes at Amorette’s at Disney Springs. 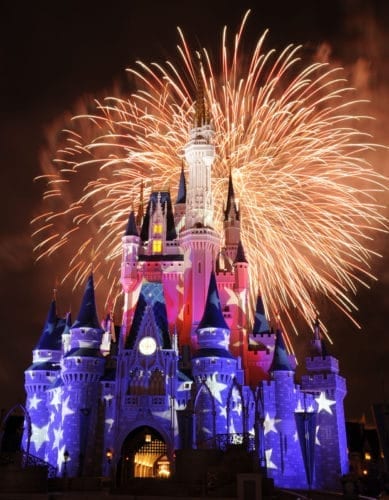 For more information or to book a vacation, visit WaltDisneyWorld.com or our recommended travel partners MouseFanTravel.com, and watch these videos of previous Walt Disney World Independence Day events:

Movie Review: Disney-Pixar’s ‘Incredibles 2’ was well worth the wait

Enjoy Ice at Gaylord Palms for half...